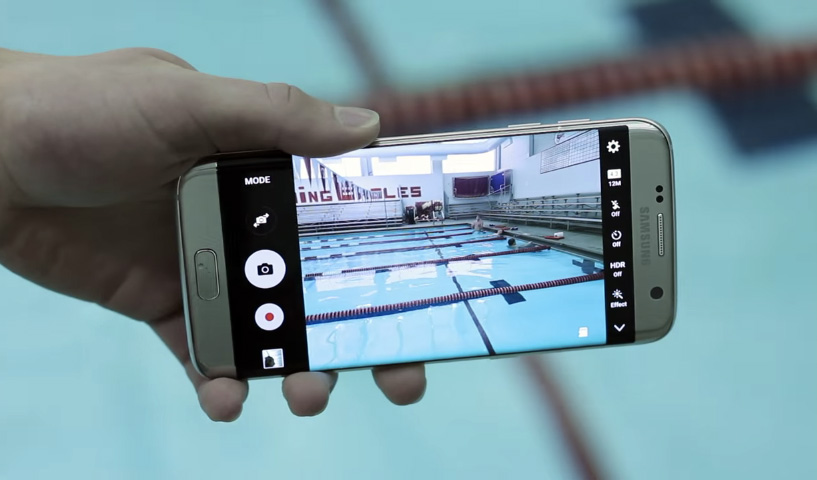 We knew just about everything there was to know about the Galaxy S7 and Galaxy S7 edge long before Samsung made them official, but we were still pretty blown away once we finally got our hands on them. In our Galaxy S7 hands-on preview, we noted how impressive the new phones were, particularly their cameras. Of course, there’s another feature that’s certainly worth focusing on as well because it stands to save users a ton of money and heartache over the next few years: Water resistance.

But can the new Galaxy S7 survive the ultimate test of its water resistance?

YouTube user Harris Craycraft decided to see just how water-resistant Samsung’s latest flagship phone really is. We all know that Samsung managed to score an IP68 rating, but it’s one thing to read about it and another to actually see it in action.

So Craycraft filled a bowl with water and dunked the Galaxy S7 for 20 minutes. Boooooring.

Samsung’s new smartphone continued to operate just fine after sitting in shallow water for a short while, but then it was time to try something a little more intriguing. So Craycraft slapped on a bathing suit, headed to a pool, turned on the Galaxy S7’s camera and dove in.

Did the phone come out alive? Did the camera keep recording? You’ll have to watch the video embedded below to find out.

As an added bonus, here’s a video of a guy dropping a Galaxy S7 and an iPhone 6 into boiling water for no reason: