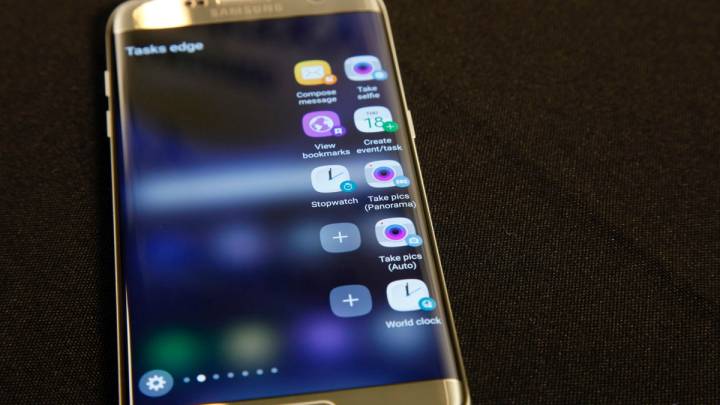 It’s always great to see camera battles between the latest flagship phones from Samsung and Apple, as they both typically offer some of the most impressive smartphone cameras of anywhere on the market. YouTuber SuperSaf TV recently took both the iPhone 6s and the unreleased Galaxy S7 out for a spin in the first extensive camera comparison we’ve seen between the two devices.

FROM EARLIER: Apple’s new iPhone SE will look like this. Or this. Or maybe this.

In this side-by-side comparison shot in outdoor lighting, you can see the Galaxy S7 seems to have more vibrant colors and does a better job of bringing out contrasts in the trees and shrubs:

A comparison between the Galaxy S7 and the iPhone 6s Plus, meanwhile, does show stronger contrast than the regular iPhone 6s.

Additionally, he also finds that the autofocus on the Galaxy S7 reacts more quickly than it does on the iPhone 6s, that the Galaxy S7 has greater dynamic range than the iPhone 6s, and that the S7 does a better job in low-light settings thanks to having optical image stabilization. Take a look at this comparison, for example:

This is just one camera comparison, of course, and both devices take great photos and videos. To check out the full comparison yourself, watch the video below.