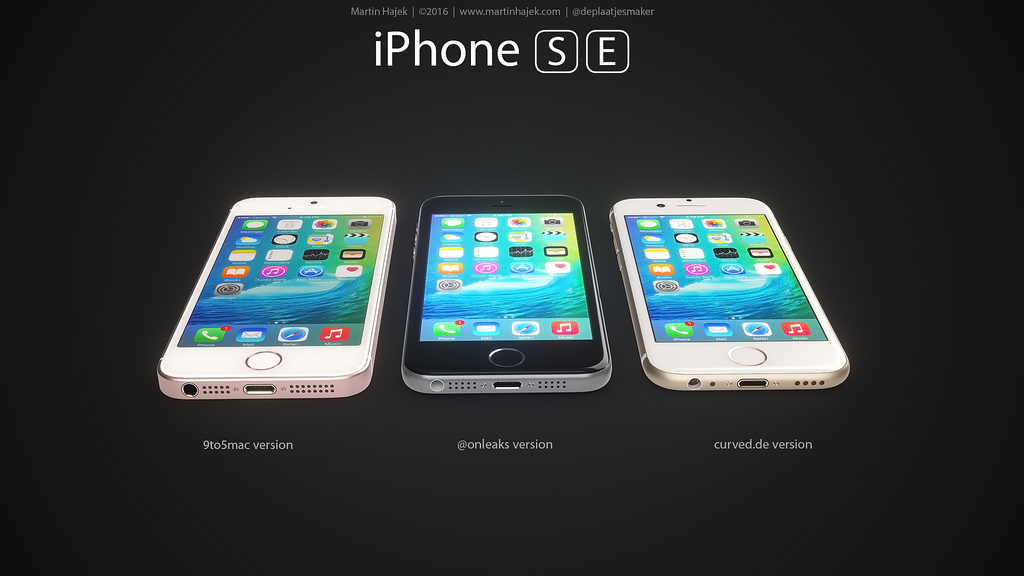 If recent reports from a number of reliable sources pan out, we’re now less than a month away from seeing Apple unveil its first new iPhone of 2016. No, the iPhone 7 and iPhone 7 Plus aren’t making early appearances this year. Instead, it appears as though Apple has not two but three new iPhone handsets slated for release this year, and the first one will launch quite soon.

Dubbed the iPhone SE according to rumors, the new model will be an update aimed at consumers who want a new iPhone but would rather keep using a more compact device than buy something larger like an iPhone 6s or 6s Plus. And now, thanks to recent leaks, we may know exactly what Apple’s next iPhone will look like.

Long before Apple’s iPhone 6 and iPhone 6 Plus were released in 2014, legitimate schematics leaked that allowed graphic designer Martin Hajek to create 3D renders that revealed exactly what Apple’s new iPhones would look like. Now, the designer is attempting to do the same thing with Apple’s upcoming iPhone SE.

But we have one big problem: There are several conflicting reports regarding the iPhone SE’s design.

So, in an apparent effort to either be diplomatic or cover all the bases, Hajek has created not one but three sets of renders based on each of the three different leaks. One is based on supposed schematics, one is based on 3D design drawings, and the last is based on renders created by another designed who may or may not have inside info.

Without further ado, a few images that show each of the three designs follow below, and one of them will likely turn out to be shockingly accurate. We’ll know which one in exactly three weeks.

Additional mockups can be seen on Hajek’s blog.