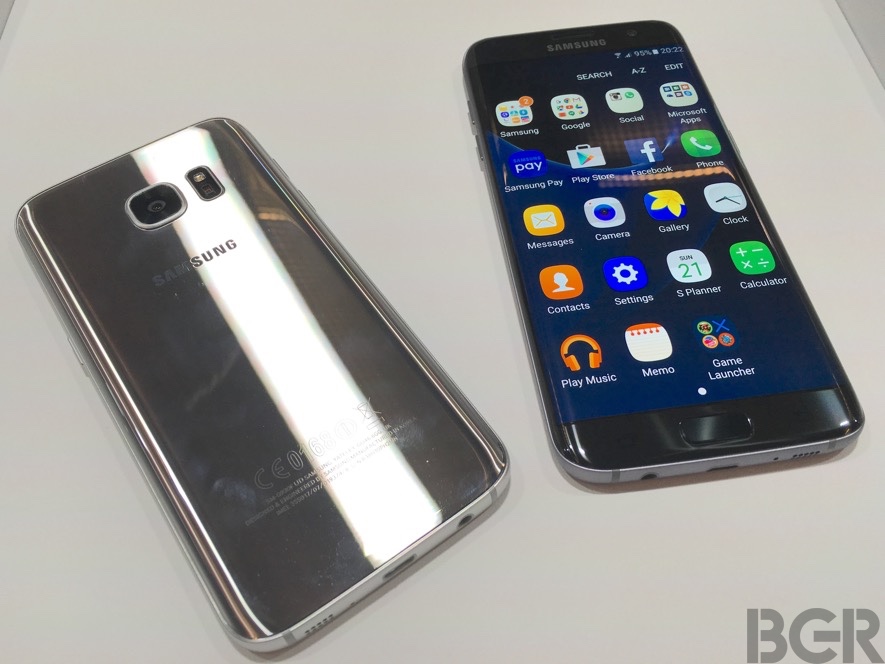 Samsung excited fans last week when it confirmed that the Galaxy S7 will indeed bring back an important feature the Galaxy S6 lacked: Expandable memory via microSD cards. However, if you plan to buy the Galaxy S7 and Galaxy S7 edge, then you definitely should pay attention to the way Samsung handles memory expansion before you commit to any of the phones.

In what follows, we’re going to look at the good, the bad, and the ugly about the Galaxy S7’s storage, both built-in memory and microSD cards.

The Galaxy S7 has microSD support of up to 200GB of storage, meaning you can use one of SanDisk’s tiny memory modules to fit your needs.

The built-in storage inside the Galaxy S7 is incredibly fast. It’s so fast that it even rivals SSD performance. That’s why Samsung decided against adding a microSD slot in last year’s phone, so storage read and write differences between built-in UFS memory and microSD cards won’t hinder performance. It turns out Samsung has further improved UFS storage, though its newest chips might not make it into any Galaxy S7 version anytime soon.

Even though Samsung allows microSD cards on both phones, the company decided against supporting a major Android 6.0 Marshmallow feature: Adoptable Storage.

With Adoptable Storage, you can merge built-in and microSD storage into a single block of memory that the system uses to install apps, save personal data, media files, and so forth. The combined storage is encrypted, and the microSD card is useless when inserted in other devices. That means you could install a 200GB microSD card in the Galaxy S7 and get a total of 232GB of available storage. But Samsung doesn’t allow that, which means your 200GB card is still relegated to only storing files – that’s still good, but not great.

The Galaxy S7 and Galaxy S7 edge only come in 32GB versions so far, and there’s no telling if you’re ever going to be able to buy a 64GB or 128GB model. Furthermore, 8GB of that 32GB is occupied by Android and Samsung’s TouchWiz bloatware. That’s just like last year with the Galaxy S6 and 8GB is still a massive chunk of space.

That means you’re effectively left with 24GB of storage on your phone for apps and you can’t install them on the microSD card because Samsung doesn’t (yet) support Adoptable Storage.

However, as Droid-Life points out, you can still move apps to the SD card you’ll end up buying. Just go to storage Settings, and you’ll be able to change the storage location of apps and move them to the SD card.

This might sound similar to Adoptable Storage, but it’s not the same thing. You can move apps to the microSD card regardless of the memory’s performance with Samsung’s tool. Comparatively, using Google’s Adoptable Storage wizard, the system will determine whether your microSD is speedy enough for the feature to work without destroying the overall user experience. Adoptable Storage also encrypts data.