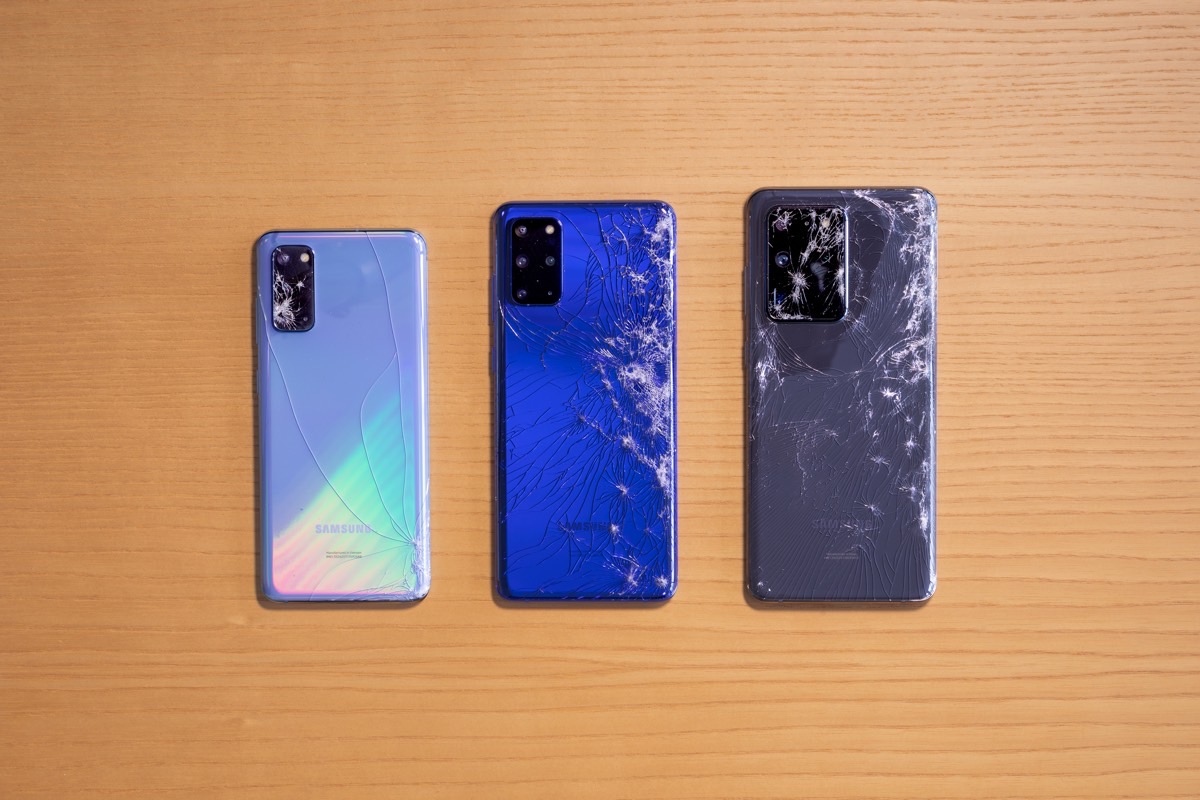 The Galaxy S20 series started selling in stores on Friday, which means you can test it out in person before deciding to spend north of $1,000 for one of the three models. But when you do pull the trigger, be ready to invest in protective gear, including a decent case and a screen protector — the phone comes with a screen protector pre-installed. That’s because the S20, S20+, and S20 Ultra are all susceptible to glass damage following accidental drops and tumbles. We saw a Galaxy S20 Ultra drop test a few days ago which revealed that both the screen and the rear glass panels will crack when dropped on concrete from around three feet. The glass covering the Ultra’s sophisticated camera lens survived the carnage, however, withstanding repeated drops from six feet. This brings us to SquareTrade’s durability tests, which include drops against concrete, tumble drops, bend tests, and dunk tests. Spoiler alert, all S20 models fail the drop and tumble tests, just as you expected.

SquareTrade puts all new smartphones through the same series of tests, and the iPhone 11 Pro was the first phone to survive the tumble test with “virtually no damage.” No Galaxy S20 version was able to repeat that feat.

You might think that the tumble test isn’t necessarily relevant and that the iPhone 11’s glass can also crack against the concrete. But the Galaxy S20 didn’t fare any better in drop tests either.

What’s worse, SquareTrade’s drops resulted in even more damage to the Galaxy S20 ultra screen or rear panel than last week’s drop test. The screen went unusable or malfunctioned, depending on models. Moreover, the Galaxy S20 Ultra’s camera housing was shattered during a 6-foot drop test.

All three phones did survive their respective water immersion tests, which is expected from water-resistant devices, and were able to withstand plenty of pressure during bend tests.

The conclusion, again, is straightforward. You need a case to avoid having to pay for costly screen or rear glass panel replacements. And, by the way, repairing the Galaxy S20 series isn’t easy, as iFixit’s teardown revealed a few days ago. SquareTrade’s breakability scores, which can’t objectively reflect the durability of devices, because you just can’t assign scores to drops and tumbles follow. For comparison purposes, the iPhone 11, iPhone 11 Pro, and iPhone 11 Pro Max’ SquareTrade scores are 73, 65, and 85, respectively.

“[Our] tests revealed the new enormous camera housing ‘bump’ design is susceptible to damage when dropped. Given the cost of the Galaxy S20 phones and the cost to repair them, it should probably be handled with the care of a high-end camera rather than a phone — and getting a case is a must,” said SquareTrade’s vice president of marketing and creative director Jason Siciliano.