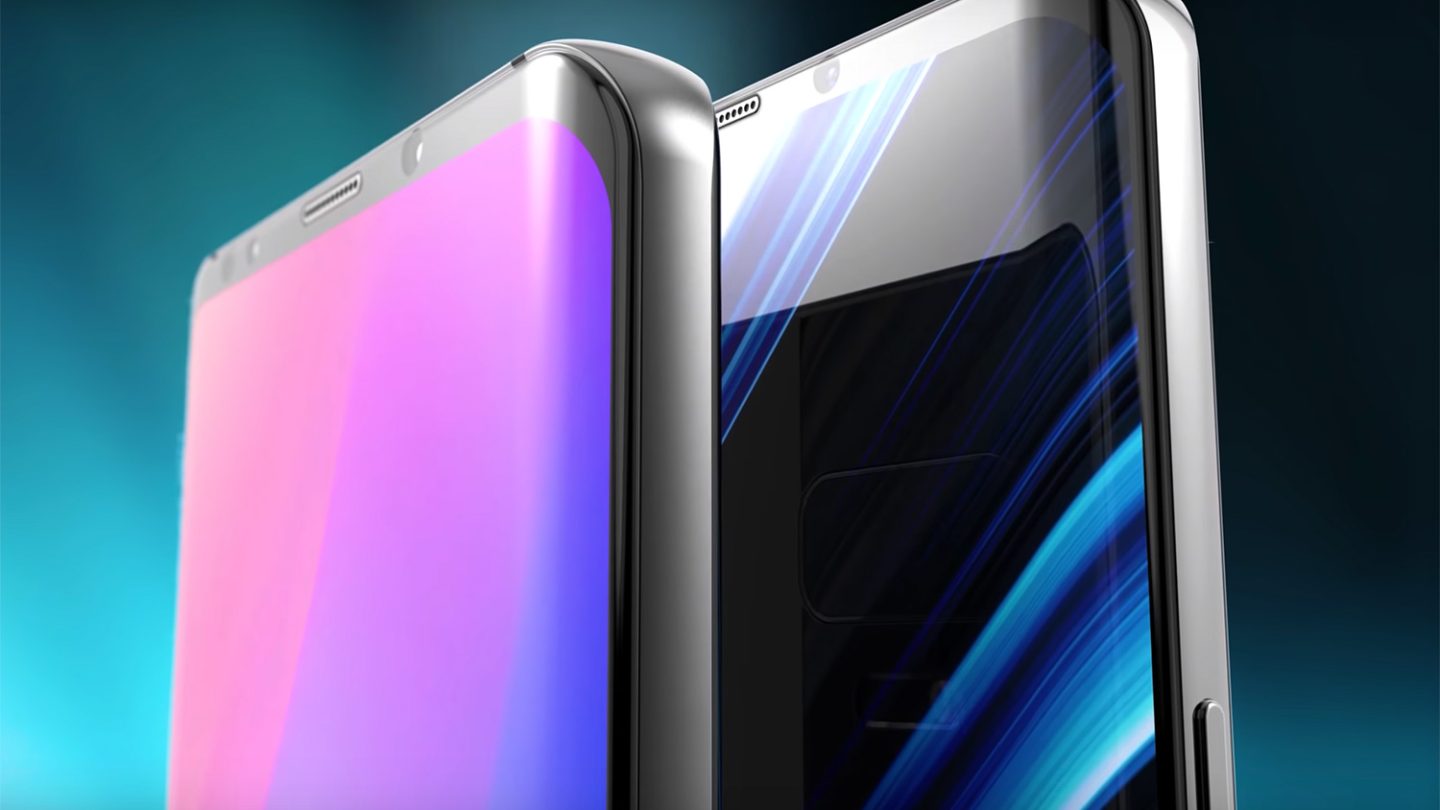 If you really stop to think about it, the past few years in the smartphone industry have been pretty boring. There’s no question that big technological advancements have been made. Screens have gotten bigger without increasing overall phone size, smartphone camera quality is simply mind-blowing now, and phones are more powerful than they have ever been before. But they all pretty much look the same now, and they all offer the same basic features. Also, have there been any truly revolutionary smartphone features that have debuted in the past couple of years? Apple’s Animoji and the new dark mode in Android Pie are cool and all, but they’re not exactly going to blow anyone away.

Things have gotten so boring recently that Samsung, the world’s top smartphone seller, basically re-released all of its 2017 flagship smartphones in 2018. The Galaxy S9 and Galaxy S9+ looked almost identical to the S8 duo, and they didn’t even offer any new marquee features to make up for it. They’re on track to be the worst-selling Galaxy S phones since 2012 as a result. The Galaxy Note 9 isn’t much better, since its biggest new feature is a redesigned stylus. There’s no word yet on exactly how sales are doing, but the company revealed in its third-quarter earnings report on Wednesday that its overall smartphone sales continued to slump.

Smartphones have indeed been boring for the past few years, but don’t worry because there’s plenty of excitement just around the corner.

Thanks to all the leaks and rumors from reliable sources that we’ve seen over the past few months, we know that 2019 is shaping up to be a very exciting year for smartphones. Samsung will start things off by releasing the Galaxy S10 with a completely overhauled design and some exciting new features. The phone will have an all-screen face with a hole cut out for the camera instead of a notch, an in-screen ultrasonic fingerprint sensor, as many as five cameras on the Galaxy S10+ model, and plenty more. Then the company will release the “Galaxy F,” or whatever it ends up being called. This will be Samsung’s first smartphone with a foldable OLED screen, and Android fans are excited. Even Apple is expected to switch things up in 2019 with a new all-screen design that ditches the notch from the iPhone X, iPhone XR, and iPhone XS.

Of course, Samsung and Apple are hardly the only two companies working on innovative new smartphone designs. Chinese phone makers are have also begun to push the envelope instead of simply copying everything Apple does, and we’ve seen some interesting new designs as a result. Pop-up selfie cameras are a thing now, and they’re pretty cool until you realize you can’t really put a case on a phone with motorized moving parts. Now, we have another solution to the all-screen phone dilemma: Two screens. 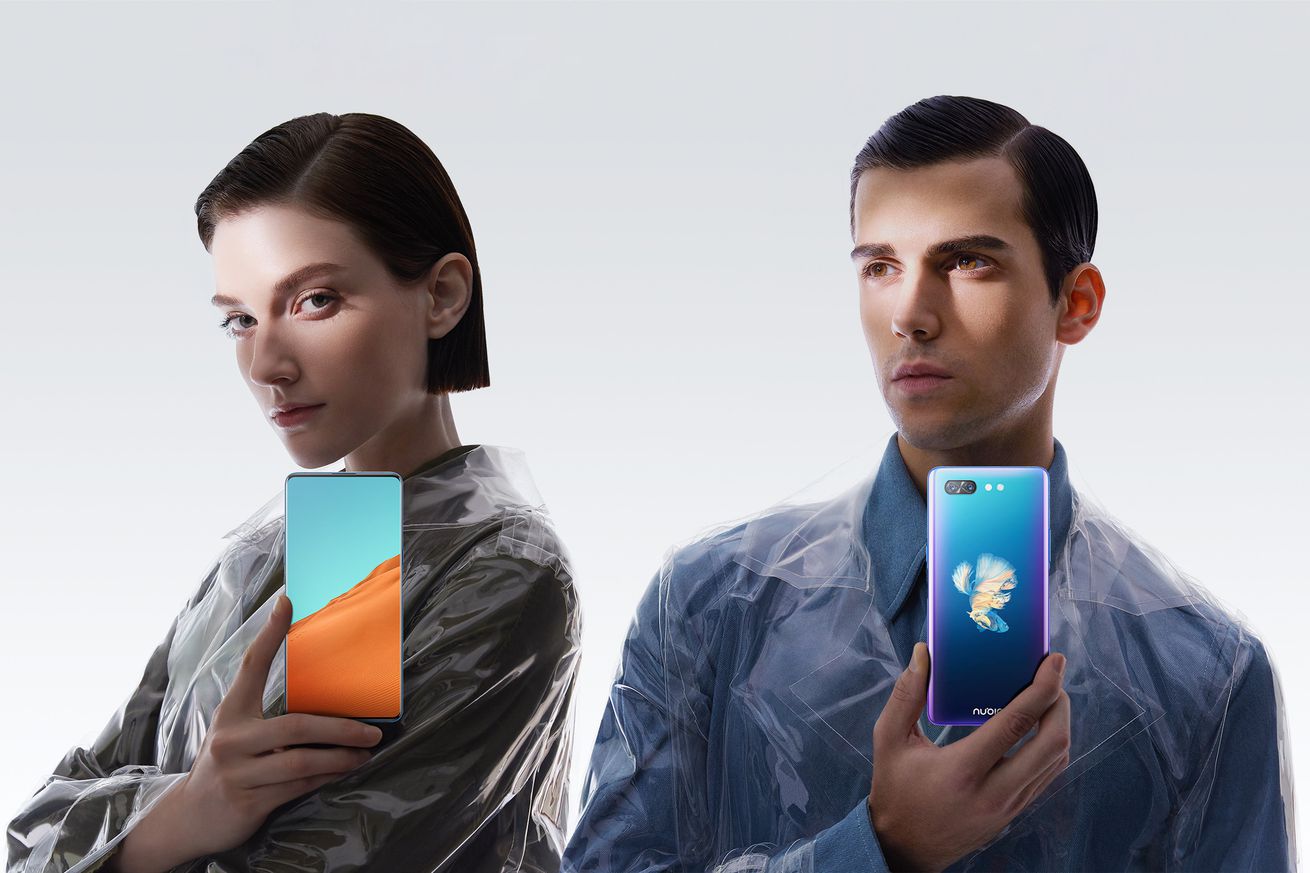 The new Nubia X isn’t a phone you’ll ever see on the streets in the US, but I’m sort of obsessed with it. Why? Because it’s absolutely ridiculous. The front of the Nubia X has an all-screen design, and Nubia decided on a novel solution for the selfie camera: it completely removed it. No notch, no pop-up camera, nothing. Instead, the company added a hidden second screen on the back of the phone that serves no real purpose other than to use the rear camera for selfies. Yes, you can do other things on the secondary rear screen, but there’s absolutely no reason to.

Here’s a video of the Nubia X in action: