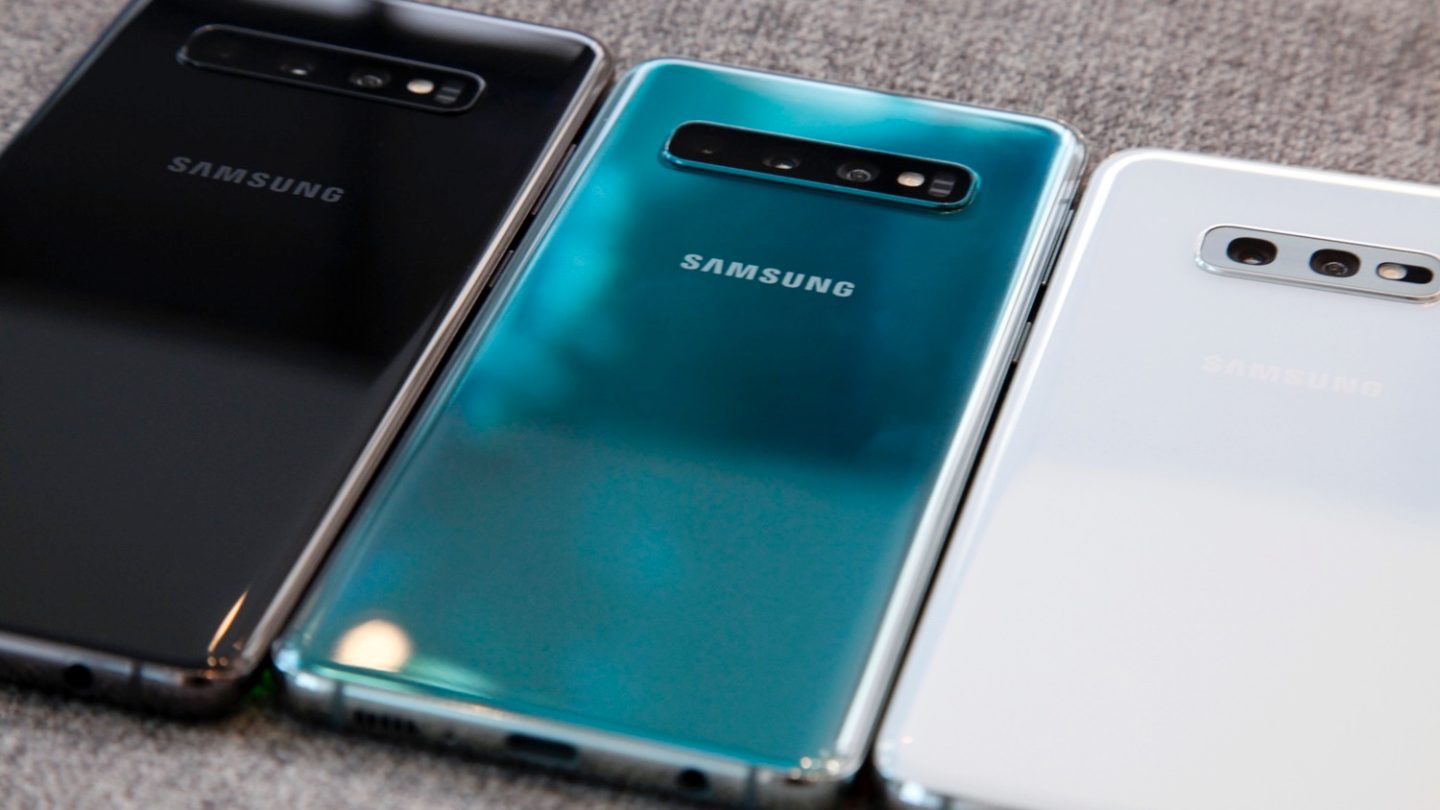 After months of leaks and rumors that seemingly pulled back the curtain on everything there was to know about Samsung’s new flagship phones, the Galaxy S10e, Galaxy S10, and Galaxy S10+ are now official. And as is always the case when it comes to leaks, they never manage to paint a complete picture of unreleased devices that’s quite complete. Sure we knew what to expect when it comes to Samsung’s completely overhauled designs, and yes we knew about all the key Galaxy S10 specs long before they were confirmed on stage during Samsung’s first big Unpacked event of 2019. But there’s a big difference between seeing a bunch of leaks or even photos and videos, and actually holding the new phones in your hands. There are also always a bunch of features that manage to steer clear of the spotlight when unreleased smartphones leak, and there actually were a few surprises left when Samsung showed off its new flagship phone lineup on Wednesday.

We already published our extensive hands-on Galaxy S10 preview, which covers all the bases in terms of top-level details, photos of the new phones, key features you need to know about, and our initial impressions of the Galaxy S10 family. Now we’re going to dive a bit deeper into what makes Samsung’s new smartphones special. Specifically, this post covers the 10 most exciting features of the new Galaxy S10 series that you won’t find in any of Apple’s iPhones, including the latest iPhone XS and iPhone XS Max.

We hope you’re sitting down for this one, because it’s going to come as a huge surprise: Samsung’s new Dynamic AMOLED screens on its Galaxy S10 series phones are the best smartphone displays on the planet. Shocking, right!?

Okay fine, so maybe we’ve come to expect that each new Samsung phone will feature a big step forward in display quality. And we all know that Samsung makes the best smartphone screens on the planet. But Samsung also supplies Apple with the OLED screens found on the iPhone XS and iPhone XS Max, so it definitely was not a forgone conclusion that the Galaxy S10 family would sport better screens than their rivals from Apple.

The good news for Samsung fans is that the new screens on the Galaxy S10 series phones are remarkable. They’re the first dynamic OLED screens in the industry and the first smartphone displays on the planet to get HDR10+ certification. They’re just as clear and vivid as Samsung’s earlier AMOLEDs, but the color reproduction has definitely been pushed to the next level.

Is the trendy new hole-punch camera design that’s sweeping across the smartphone industry really any better than the traditional notch and teardrop notch designs we’ve seen on other phones? The answer is no if you ask us, but that doesn’t change the fact that the hole-punch design is exciting and new, and it’s going to be a big draw for Samsung’s Galaxy S10e, Galaxy S10, and Galaxy S10+.

Different phones use different solutions in smartphone makers’ efforts to push things closer and closer to the all-screen phone of everyone’s dreams. Cutting a hole out of the screen for the selfie camera or cameras is the latest trend that’s in the process of replacing notches, and it’s a pretty cool solution. Phones can achieve much better screen-to-body ratios as a result of this nifty new design. The Galaxy S10+, for example, features a “screen-to-window” ratio (this measures the glass area only, not the metal edges) of 93.1%.

Sticking with the display theme, the Galaxy S10 and Galaxy S10+ have another cool new feature that many people will see as providing two key benefits over Apple’s current-generation iPhones.

Beyond simply having a fingerprint scanner, the Galaxy S10 and Galaxy S10+ have cool new in-display fingerprint sensors that don’t take up any extra space on the front or back of the phone since they’re embedded beneath the screen. All you need to do is touch the screen in a specific spot to unlock the phone, open a secure app, or authenticate a mobile payment.

The dual-lens camera on Apple’s latest iPhone models is very impressive, but it’s hardly the best in the business. Apple’s iPhone used to set the bar each year for mobile camera quality, but other companies like Huawei and Google have dethroned Apple in recent years. Some people argue that Samsung has surpassed Apple as well, and the case can certainly be made — especially now that the Galaxy S10 is here.

We’ve only spent a short amount of time with the Galaxy S10 so far, but we’re already impressed with what we’ve seen from Samsung’s new triple-lens camera on the Galaxy S10 and Galaxy S10+. It combines a Dual Pixel 12-megapixel lens and a 12-megapixel telephoto lens with a 16-megapixel ultra-wide lens for depth mapping. There are also a bunch of great software enhancements like the new Bright Night feature that’s similar to Google’s Night Sight on its Pixel phones, and we can’t wait to dive deeper into the Galaxy S10’s camera for our full review.

Apple is always ahead of the curve in some areas, but it’s falling farther and farther behind in others. Charging technology is one such example, and iPhone fans are going to be beyond jealous when they hear about this. Samsung’s wired fast charging tech is very quick, allowing you to add hours of usage time with a quick 15-minute charge. Now, thanks to new Fast Wireless Charging 2.0 support, you can charge your Galaxy S10 just as quickly with a wireless charger as you can with a wired charger.

Sticking with the theme of power and charging for another moment, Samsung added a new feature to its entire Galaxy S10 line that people are definitely going to appreciate. It’s called Wireless PowerShare and it does exactly what it sounds like, allowing the Galaxy S10 to share its power with other devices wirelessly. Flip Wireless PowerShare on and place your phone face down on a table. Then, simply put any Qi compatible device like wireless earbuds or another smartphone on top and it’ll start charging!

Limited storage space remains one of iPhone users’ biggest qualms with their smartphones of choice. Since up-selling bigger storage tiers is how Apple maintains huge margins and steep average selling prices for its iPhone lineup, this definitely isn’t going to change anytime soon.

Samsung has a much more consumer-friendly approach. It offers the Galaxy S10 in several different storage tiers, including a massive 1TB tier on the Galaxy S10+. On top of that, every Galaxy S10 model from the S10e up to the S10+ also includes microSDXC support, so you can add another 512GB of storage whenever you want.

The actual benefit of cramming tons of RAM into a smartphone is widely debated and there are good arguments on both sides. There’s no question that Android phones with more RAM are often faster and smoother than Android phones with less RAM, but iPhones only have 3GB of RAM and yet they regularly obliterate the competition from Android in key benchmark tests and real-world performance tests. That may change this year once Samsung’s new Galaxy S10 phones are released though, because the top-tier Galaxy S10+ packs a whopping 12GB of RAM.

Samsung’s new Galaxy S10 has features that learn some user habits, including the times they tend to open and use specific apps each day. Once patterns are identified, apps are actually loaded automatically in the background at certain times each day before the user opens them. Apps launch much quicker as a result, which obviously has a big impact on the user experience. The phone will also close apps from the background at certain times when it predicts that they won’t be used, thereby saving resources and battery life.

As was the case with the RAM item above, the actual benefit from this feature is open to debate. Whether or not it’s really usable anytime soon though, the bottom line is that Apple doesn’t make a 5G iPhone but Samsung will launch a version of the Galaxy S10 with 5G in the second quarter this year. 5G networks aren’t widely available just yet, but if your carrier launches 5G in your area and you buy a Galaxy S10 5G after it’s released in Q2, you’ll enjoy blazing-fast data speeds on a network that won’t be seeing any congestion anytime soon. Rumor has it that Apple doesn’t plan to launch an iPhone model with 5G support until 2020 at the earliest, so this is going to be an advantage for Samsung for quite some time.