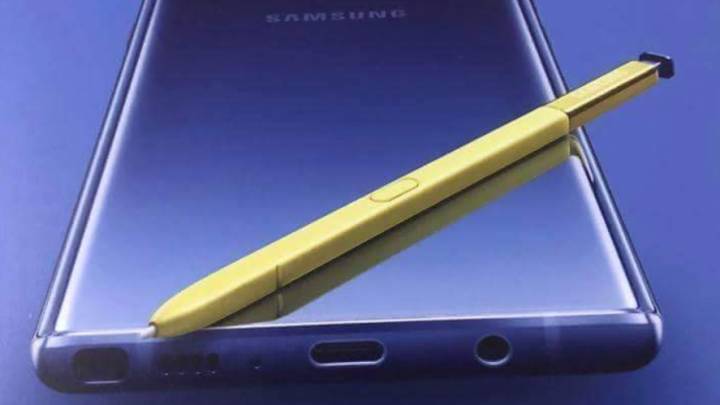 With just two days to go until Samsung finally unveils its next-generation flagship smartphone, it seems like we already know everything there is to know about the Galaxy Note 9. We know it’s going to look just like last year’s Galaxy Note 8, but with slightly thinner bezels above and below the phone’s gorgeous Infinity display. We know it’s going to feature upgraded specs compared to the Galaxy Note 8, including just about all of the components found inside Samsung’s Galaxy S9+. We know it’s going to be released on August 24th, and we know that preorders will kick off later this week with a bunch of big launch promotions to help boost sales. We also know that it’s going to feature a nifty new S Pen stylus with Bluetooth connectivity, enabling some nifty new tricks that no other Note device has had in the past. In fact, we even know all of the Note 9’s little secret details thanks to a leak from earlier this week.

Yes, we know all that and more thanks to months and months of leaks, and we can’t wait for the leaks to stop once the phone is finally announced on Thursday morning. But there’s one thing we still don’t know for certain and it’s a pretty important detail: We don’t know how much the Galaxy Note 9 will cost in the United States.

The Galaxy S9 and Galaxy S9+ launched at the highest price points we’ve ever seen for Galaxy S phones when they were released earlier this year. Those sky-high price tags undoubtedly contributed to the poor sales we’ve seen ever since the S9 and S9+ first launched. In fact, both models received unprecedented price cuts at four of the top-five major US wireless carriers within a month of being released. Unfortunately, the damage had already been done and sales didn’t pick up like Samsung had hoped. Now, the Galaxy S9 and Galaxy S9+ are expected to be Samsung’s worst-selling Galaxy S phones since all the way back in 2012.

But how much is the Galaxy Note 9 going to cost?

We’ve seen a bunch of price leaks from European countries over the past few weeks, but none of those prices have a direct correlation to US pricing. If there’s one country in Europe that does typically have a correlation to US pricing though, it’s the United Kingdom. And now, thanks to a leaker with a great track record, we know exactly how much the Note 9 will cost when it’s released in the UK.

Roland Quandt posted two tweets on Tuesday morning that reveal Samsung’s pricing for its unlocked Galaxy Note 9 in the UK. According to Quandt, who regularly shares accurate details about unreleased smartphones, the 128GB Galaxy Note 9 will cost £899 at launch and the 512GB Note 9 model will sell for £1,099. That’s a lot of money.

As for what that means for Galaxy Note 9 pricing in the US, it’s not good. The Galaxy Note 8 launched at £869 last year in the UK, and that translated to a $950 price tag in the US. In other words, the odds are quite good that the bump up to £899 for the entry-level Galaxy Note 9 will take us to a figure just south of $1,000 in the US. As for the 512GB model… well, we don’t even want to think about how pricey that version might be.

Samsung’s Galaxy Note 9 press conference will take place at 11:00 AM ET on Thursday, and carriers will likely announce their prices for the new phone shortly after the event concludes.