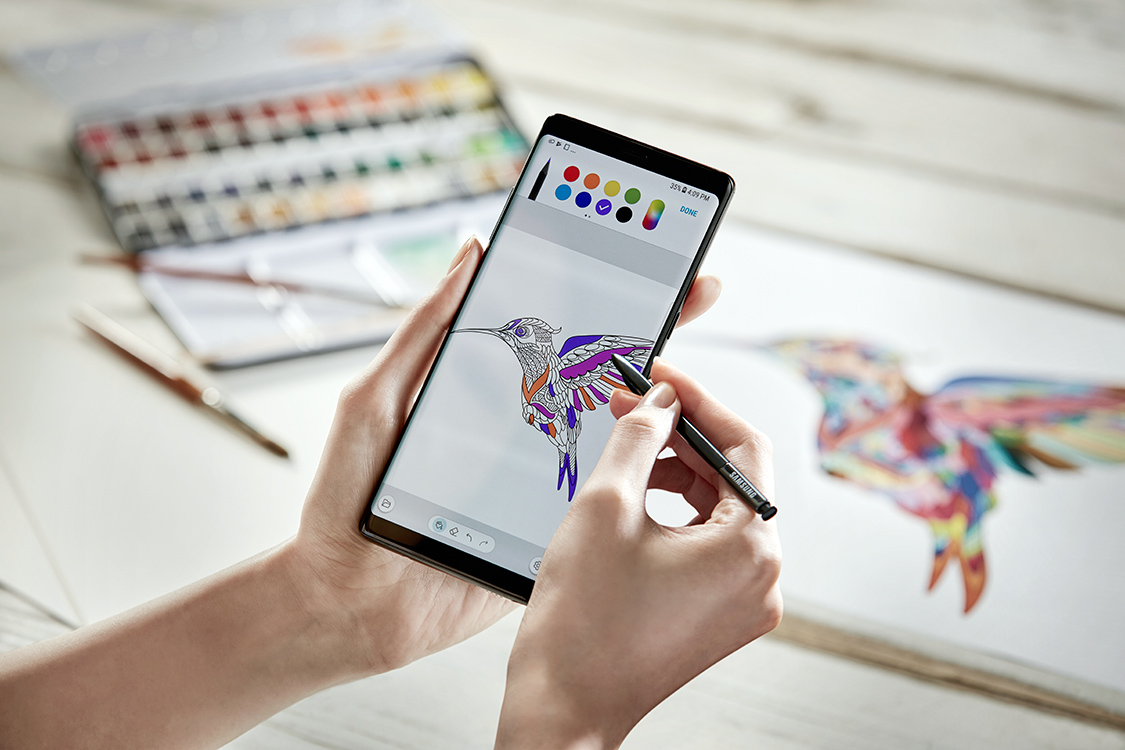 Happy Galaxy Note 8 day, Android fans! There wasn’t much left for Samsung to reveal thanks to all the leaks and rumors we’ve seen over the past few months. And as always, they were right on the money. The leaked renders, the rumored features, the specs… everything we saw from reliable sources ended up being accurate. Of course, leaks and rumors never really paint the complete picture, and the Note 8 is one of the most exciting new phones of the year so far despite the fact that it didn’t really pack any surprises on Wednesday.

While there might not have been any surprises at all, there are still plenty of noteworthy features to look forward to when Samsung releases the Galaxy Note 8 next month on September 15th. And some of those features will be nowhere to be found in the Galaxy Note 8’s main rivals, Apple’s iPhone 7 and iPhone 7 Plus. In this post, we’ll run down eight great Galaxy Note 8 features that can’t be found in any iPhone.

The first thing you’ll notice when you look at the Galaxy Note 8 is that it has a giant Super AMOLED display that takes up nearly the entire front of the phone. By removing the home button and shifting around internal components, Samsung was able to achieve a screen-to-body ratio of greater than 80%. Next to the Note 8, Apple’s iPhone 7 and iPhone 7 Plus are all bezel.

At this point, Apple fans have undoubtedly come to terms with the fact that no iPhone will ever ship with microSDXC support. Apple makes way too much money on the huge margins afforded by higher-end iPhones to cannibalize that business. Samsung happily provides microSD slots in its phones though, and such is the case with the Galaxy Note 8.

Fingerprint, PIN, and pass code security are the only methods supported on the iPhone, but the Galaxy Note 8 can also be unlocked by scanning your irises. It’s also surprisingly fast, and it works through glasses without any problems, despite Samsung’s warnings during setup.

The Samsung DeX Station is one of the coolest smartphone accessories we’ve ever seen. In fact, if you plan to buy a Galaxy Note 8, you should snag a DeX Station right now on Amazon because they’re on sale for under $100. Pop your Note 8 into the DeX Station and it instantly transforms into a desktop computer. It’s powered by Android, but you’ll be surprised at how fast and capable the desktop experience is.

You can obviously use a stylus with any iPhone, but you won’t enjoy any of the great software features that come alongside the Galaxy Note 8’s S Pen. You can jot memos on the screen when the phone is locked, screenshot sections of the display in a flash, highlight and translate text, and so much more thanks to the special software that comes on the Note 8.

Speaking of the display while the phone is locked, Samsung’s Galaxy Note 8 retains the always-on display features Samsung fans have grown to love. The always-on display shows important information like the time and notifications, and it can also be configured to show plenty more such as calendars and appointments.

Apple’s iPhone 7 Plus might have popularized the dual-lens smartphone camera, but Samsung has cooked up a few nifty new features that aren’t available on the iPhone. Dual Capture mode is one example, and it lets you capture separate photos with the wide-angle lens and the telephoto lens. In other words, you have one standard pic and one that’s zoomed in, which can definitely come in handy. The Note 8’s bokeh blurring can also be adjusted after a photo is taken, which can’t be done with the iPhone 7 Plus’ Portrait Mode feature.