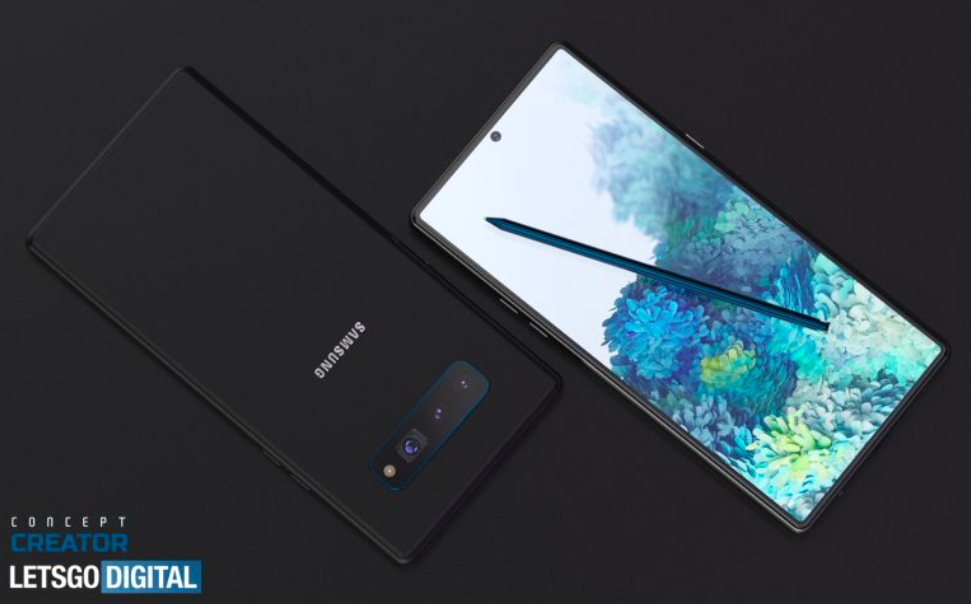 One of the next major smartphone releases this year from Samsung is the Galaxy Note 20 that should be launching in a matter of months, and about which the leaks have already started to pile up. Such as this one we told you about just last week, about the possibility of microSD support — not to mention the fact there are hints already that the device could end up being more affordable than we’d have originally guessed. Another intriguing leak we reported last month came as the result of a Samsung patent filing, which suggests the company may be planning something pretty cool for the Note 20 —  an all-new curved display that could wrap around the phone’s edges.

Meanwhile, new product renders have emerged that take some of what’s been reported about the device thus far to present it in the form of 3D, color images. This hotly anticipated new high-end phone from Samsung, which is expected to see a release date in the back half of the year, probably won’t look 100% like the images you see in this post or the video above, but they in all likelihood give a solid idea of where we can expect the design to end up.

The images come via the team at Dutch tech news blog LetsGoDigital, working in partnership with Jermaine Smit, known on YouTube as Concept Creator. The renders they’ve come up with reflect several assumptions about the finished device, which is expected to support a 120 Hz refresh rate and possibly a slightly larger display than the 6.3-inch screen on last year’s Note 10 (while the Note 10+ featured a 6.8-inch display, the new S20 Ultra has a 6.9-inch display, making it the largest Galaxy smartphone).

In terms of the camera, Samsung may decide to ape the camera system setup of the S20 Ultra and include a 108MP camera here that’s integrated with a 10x Hybrid Zoom. LetsGoDigital speculates that the Note 20 may also get an under-screen camera for the first time this year, though we may have to wait for the Note 21 to see that one come to fruition. Likewise, it’s possible Samsung will bring over the same selfie camera sensor from the S20 to the Note 20 models, which would mean a 40MP camera sensor.

Among other features of the device, Samsung is also expected to bring new functionality to the S Pen, and word is that the Note 20 will start with at least 128GB of memory like the S20 series. Additionally, we’re also expecting to see a 512GB model. Battery-wise, we’re still waiting for specifics though a larger-capacity battery is pretty much a given.

Pricing, at least where the 4G models are concerned, is expected to be in-line with the Note 10. While the new device might not have as much memory as the Note 10, buyers are paying for new features like a better screen, improved camera, more powerful chipset, and a battery with a higher capacity.

And one more render, just for good measure: