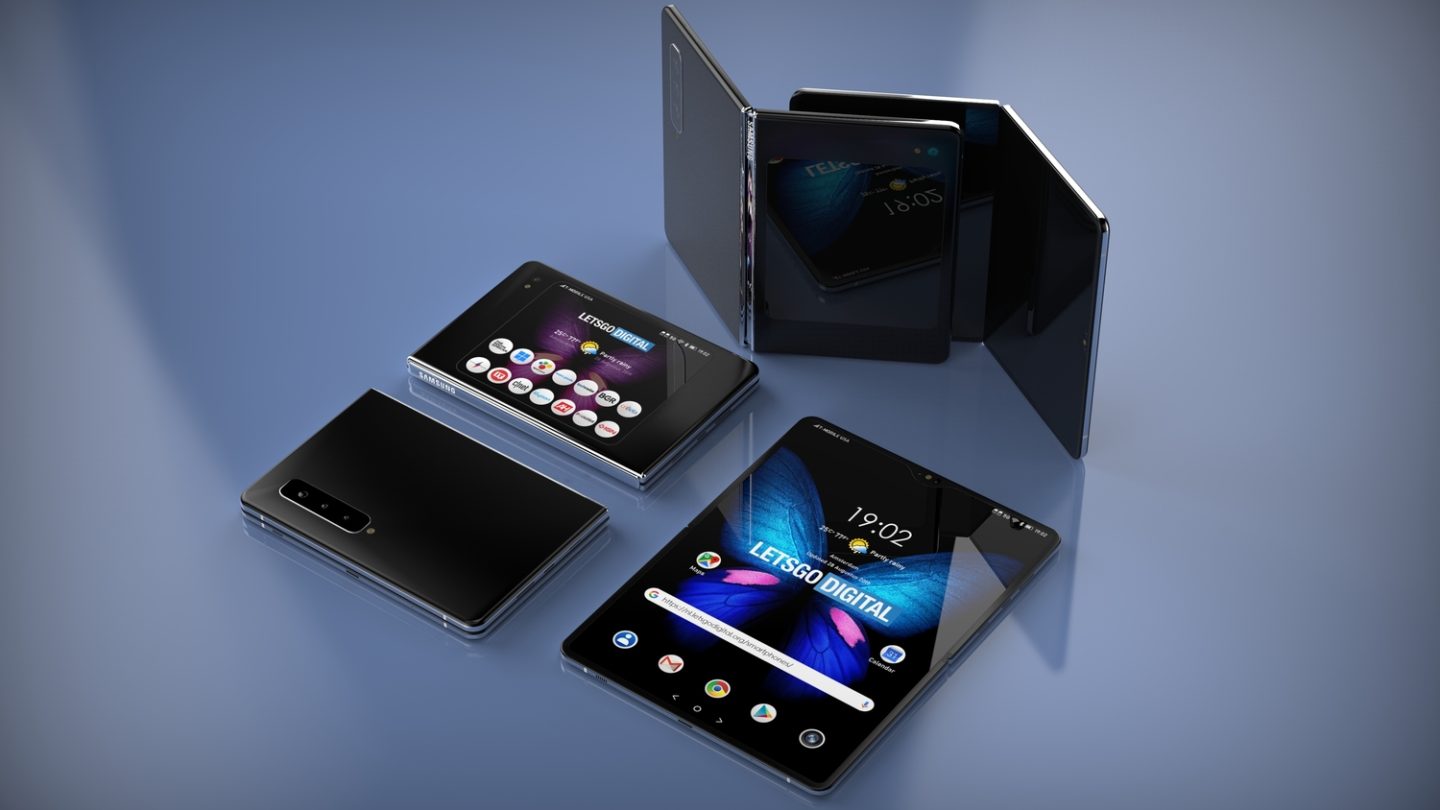 As we get closer to the (supposed) release of Samsung’s (supposedly) fixed Galaxy Fold handset, a funny thing keeps happening. Not only do foldable smartphones seem to be a serious fixture within Samsung’s long-term product roadmap, such that the company keeps patenting one foldable design after another, but we might now have our first sense of what the Galaxy Fold 2 could look like.

It seems that Samsung applied for three new foldable phone design patents two weeks ago. They were published on Monday in the European Union Intellectual Property Office database, and the team at Dutch tech news site LetsGoDigital has prepared color renderings (above) based on the sketches in the patent documentation.

That patents reveal three new Samsung foldable designs (with LetsGoDigital speculating these could be 2020 models). Two of the designs look pretty similar to what we’re getting with the Galaxy Fold in September, with a key difference being a smaller notch when unfolded in these new designs.

Often when reporting on the approval of patents like these, they’ll concern designs that were worked on and applied for a while back. Again, it’s interesting that all of these originated and were approved in a whirlwind turnaround over the past two weeks. And it’s an intriguing thought — since there’s such a resemblance herein to the design that Samsung decided to go with for the first Galaxy Fold — to consider that this could show us the makings of the Galaxy Fold 2.

IFA 2019 starts on September 6th in Berlin, so there’s a chance we could get word of a finalized Galaxy Fold release date from Samsung. But already, it seems, the company is hard at work on whatever comes next.