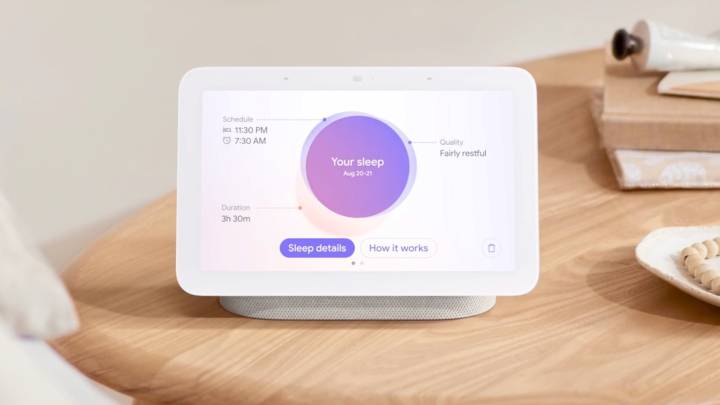 We’ve been tracking Google’s mysterious Fuchsia operating system for several years, waiting for the software giant to finally unveil the OS that’s expected to replace Android one day. Google finally acknowledged Fuchsia publicly in 2019, saying the OS is not targeting just phones and PCs, but also other smart devices. That was an indication that we might see Fuchsia first on non-Android gadgets, like Google’s smart home products. Since then, the number of Fuchsia rumors intensified with various leaks suggesting Google might soon deploy Fuchsia in the wild. The most recent report said that Samsung is likely to support Fuchsia devices, and we speculated that I/O 2021 might bring Fuchsia news.

Google did unveil several new software initiatives at the show, including a significant Android 12 redesign that jives well with Fuchsia rumors. But there was no official Fuchsia segment at the show to announce the public deployment of Fuchsia. Yet Google is already rolling out the new operating system to the first device that will support it. Unsurprisingly, Fuchsia isn’t coming to a Pixel phone first, but to a smart home gadget.

To quickly recap the previous Fuchsia rumors, we’ll remind you that Fuchsia is an OS built from the ground up rather than on top of Linux. The OS should run on all sorts of devices, supporting a user interface that would adjust to various form factors — that’s something Google is also working on for Google with Android 12’s new Material You design. Fuchsia would support all existing Android apps, so switching from Android to Fuchsia should be seamless whenever Google decides to move Pixels and other supported devices to the new OS. Google also created Flutter, a new software development kit that allows developers to code an app once and then release it on iPhone, Android — and, yes, Fuchsia — at once.

Improved security and privacy features and iOS-like fast OS updates are also in the cards for Fuchsia, which makes it so attractive in the first place. Google’s inability to control software updates on Android has been a significant disadvantage compared to iOS.

But Google will take things slow. Before we get to see Fuchsia on Pixels, Android phones, tablets, Chromebooks, and other devices, Google will test it on Nest gadgets. The first smart speaker to run Fuchsia is a smart screen, the first-gen Nest Hub released in 2018.

The company confirmed to 9to5Google that the Fuchsia update has started rolling out. Fuchsia will not replace any of the Nest Hub features, and owners will not even be aware that the smart display will run Fuchsia OS instead of the Linux-based Cast OS. Nest Hub owners on the Preview Program will be the first to get the Fuchsia update.

This soft launch will allow Google to see how Fuchsia behaves on commercial devices as development continues. There’s no telling when Fuchsia will replace Android, but the Nest Hub upgrade to Google’s brand new OS teases the way Pixel phones might be ported to Fuchsia. The upgrade might be just as seamless, and most users will not even know it happened.