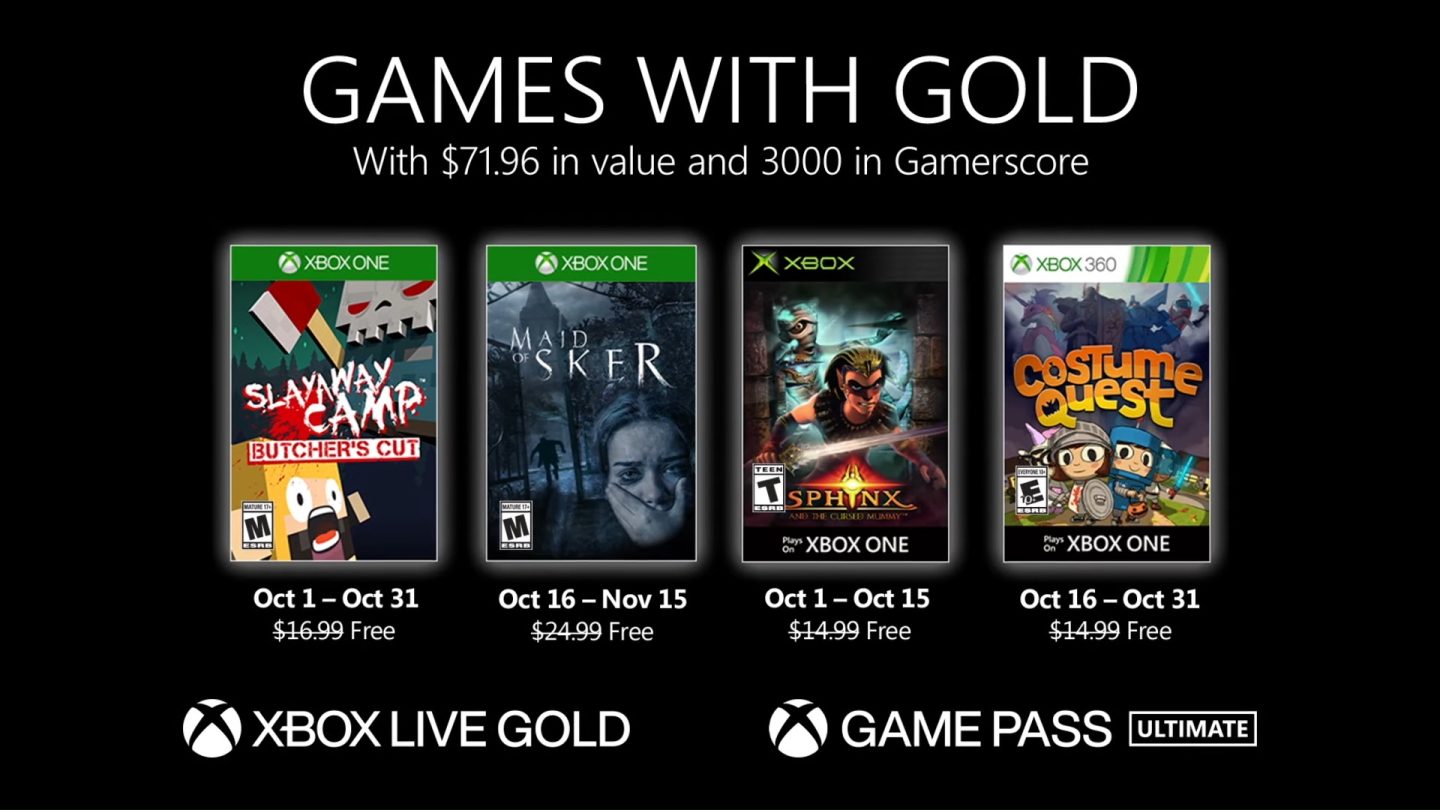 Once again, this month’s list of free Xbox games isn’t particularly noteworthy, but with the launch of Xbox Series X and Xbox Series S right around the corner, we aren’t sure what Games with Gold will look like in a couple of months. Microsoft hasn’t said anything about the feature post-November 12th, but in the meantime, you should definitely pick up the survival horror game Maid of Sker and the forgotten classic Sphinx in October.

You’ll save over $71 if you pick up all four games, and can add up to 3000 points to your gamerscore. Also, keep in mind that each of the Xbox 360 titles are backward compatible with the Xbox One, so even if you don’t have an Xbox 360 on hand, you can still download all four games listed above. And as always, some of last month’s free games are still available if you hurry, so be sure to download them before they go back to being paid.