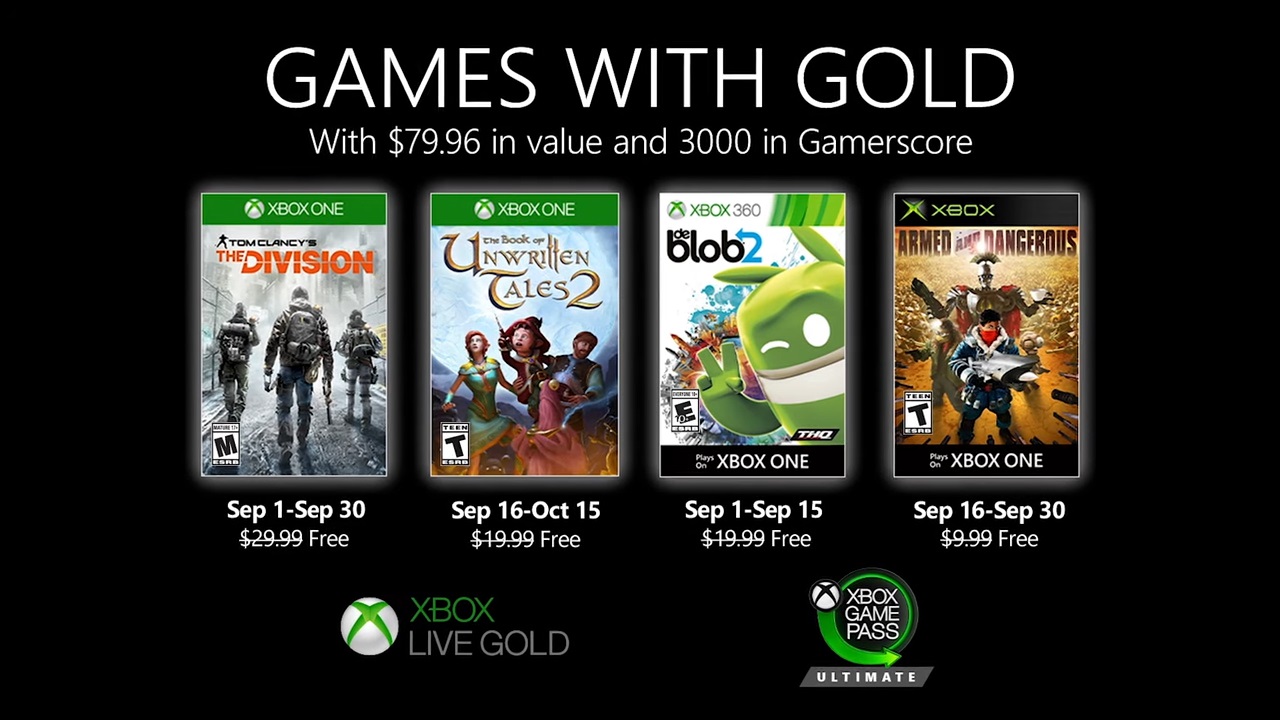 I give Microsoft plenty of grief for its underwhelming selection of free games every month, but in September, Xbox Live Gold subscribers are actually getting some solid content. Sure, the highlight of the bunch — The Division — is over four years old and already has a sequel, but it’s a great shooter with RPG elements that will keep you occupied for weeks if you have never played it. Armed and Dangerous is also something of a cult classic, so I’ll definitely be adding that to my game collection ahead of the Xbox Series X launch later this fall.

You’ll save over $79 if you pick up all four games, and can add up to 3000 points to your gamerscore. Also, keep in mind that each of the Xbox 360 titles are backward compatible with the Xbox One, so even if you don’t have an Xbox 360 on hand, you can still download all four games listed above. And as always, some of last month’s free games are still available if you hurry, so be sure to download them before they go back to being paid.