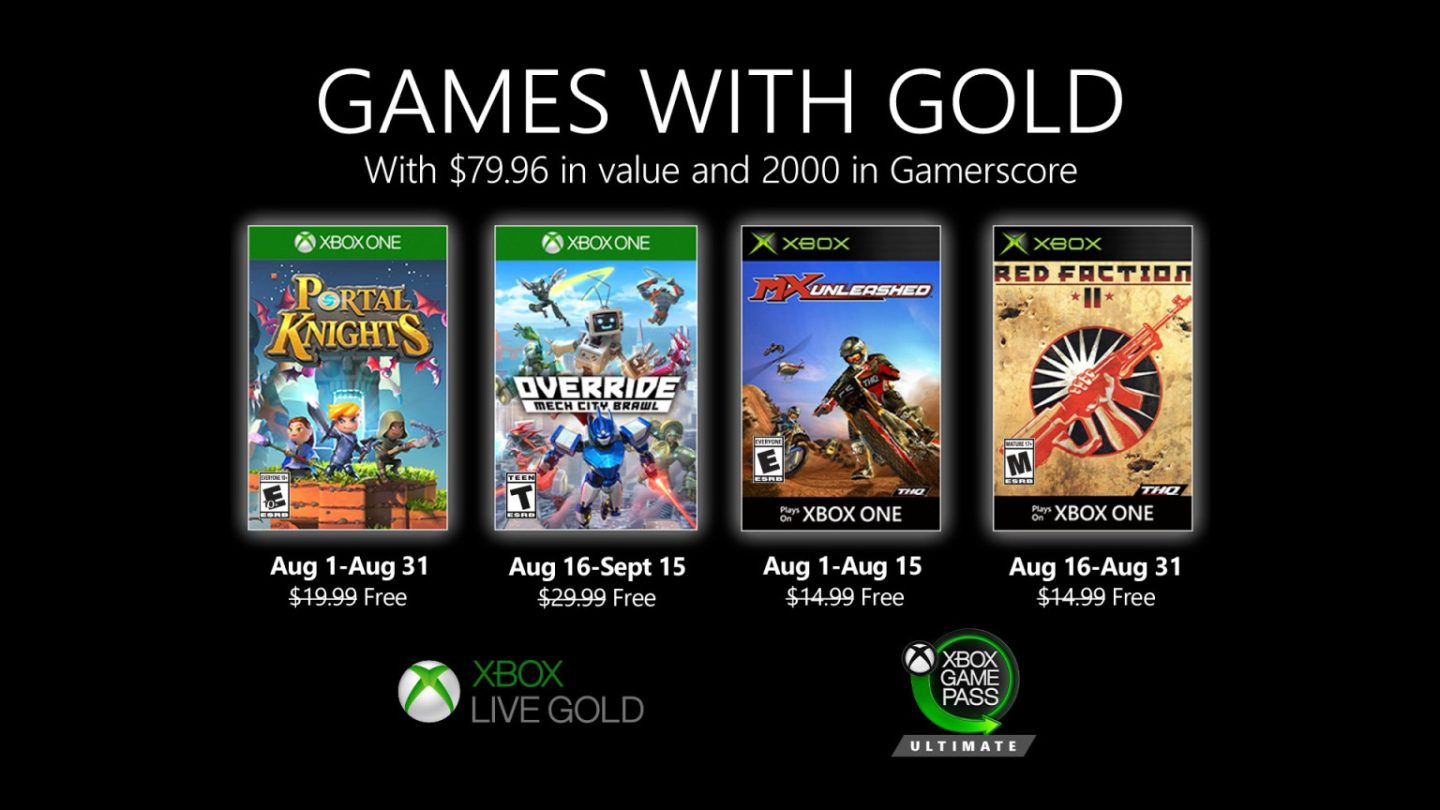 Microsoft announced the slate of free Xbox One and Xbox 360 games it will be giving away in July on Tuesday. Once again, there’s not much to write home about here, as the highlight of the month appears to be Portal Knights, which is a fun sandbox RPG that should keep you occupied for a few hours. Personally, I recommend grabbing Red Faction II if you’ve only got time for one free game this month. This sequel wasn’t quite as groundbreaking as its predecessor, but it’s a fun shooter that has some of the most destructible environments in any game I’ve ever played.

You’ll save over $79 if you pick up all four games, and can add up to 2000 points to your gamerscore. Also, keep in mind that each of the Xbox 360 titles are backward compatible with the Xbox One, so even if you don’t have an Xbox 360 on hand, you can still download all four games listed above. And as always, some of last month’s free games are still available if you hurry, so be sure to download them before they go back to being paid.