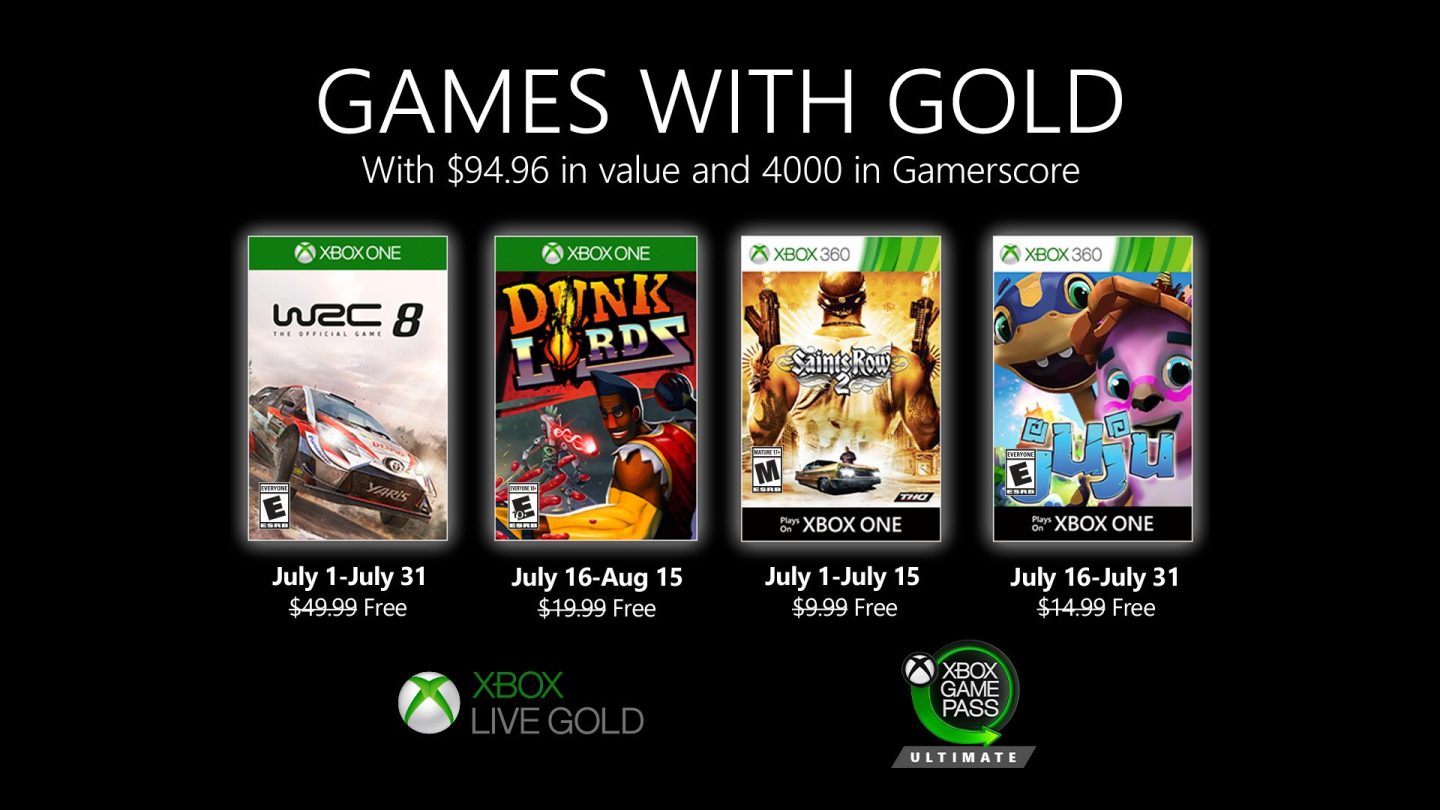 Microsoft announced the slate of free Xbox One and Xbox 360 games it will be giving away in July on Thursday. The highlight of the Games with Gold selection this month is WRC 8, which might not have the same name recognition as Forza or Gran Turismo, but is one of the best rally sims on the market. If you miss the ridiculousness of NBA Jam, you might want to check out the 2-on-2 basketball game Dunk Lords.

Also, if you’re interested in a fun history lesson, download Saints Row 2  on your Xbox One and see what the series looked like before it went all-the-way-crazy with the release of Saints Row 3 in 2011.

Here are the details on the availability of all the Xbox One and Xbox 360 Games with Gold for July:

You’ll save over $94 if you pick up all four games, and can add up to 4000 points to your gamerscore. Also, keep in mind that each of the Xbox 360 titles are backward compatible with the Xbox One, so even if you don’t have an Xbox 360 on hand, you can still download all four games listed above. And as always, some of last month’s free games are still available if you hurry, so be sure to download them before they go back to being paid.