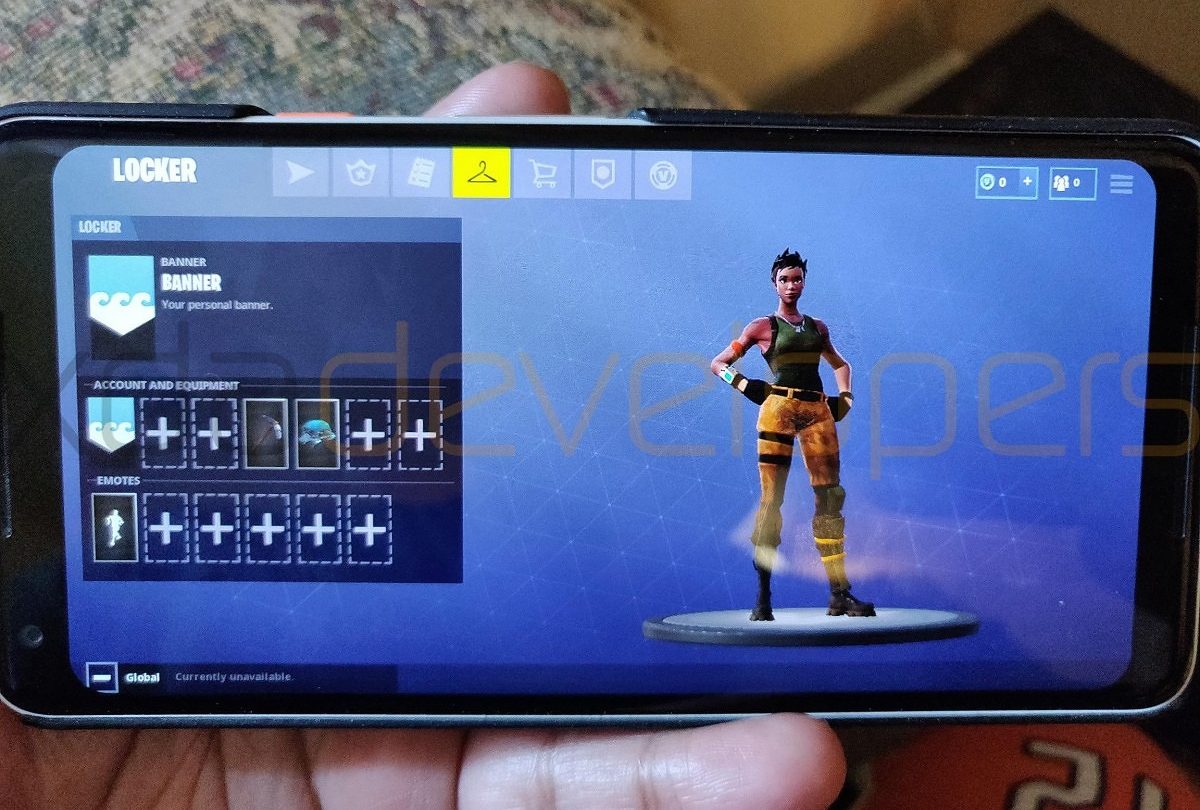 Rumors about Epic Games’ plans for Fortnite exclusivity on Android have been floating around the internet for a few weeks, and the app even leaked online a couple of days ago, but we hadn’t actually gotten a chance to see the game in action. At least, not until now. On Wednesday, XDA Developers forum (which was also the source of the SDK leak) shared the first gameplay footage of Fortnite running on an Android phone.

As the post on XDA Developers explains, Fortnite is still technically unplayable on Android (at least until tomorrow), but the site’s own Max Weinbach managed to bypass the app’s authentication requirements and jump into a game a day before it actually arrives on Samsung devices via the Game Launcher app.

Played on a Galaxy S9+ in the leaked footage, the mobile version of Fortnite on Android looks virtually identical to its iOS counterpart (which in turn is mostly the same as the console and PC versions). The only real difference is that the Android version of the game will integrate with Samsung Galaxy Apps.

Epic Games has confirmed that Fortnite will not be available through the Google Play store, which means you will have to manually install the game either from the Game Launcher app or from Epic’s website. Samsung has yet to say anything about a potential partnership between itself and Epic, but all of the leaks point to an announcement taking place during the Galaxy Note 9 Unpacked event in New York City on Thursday.