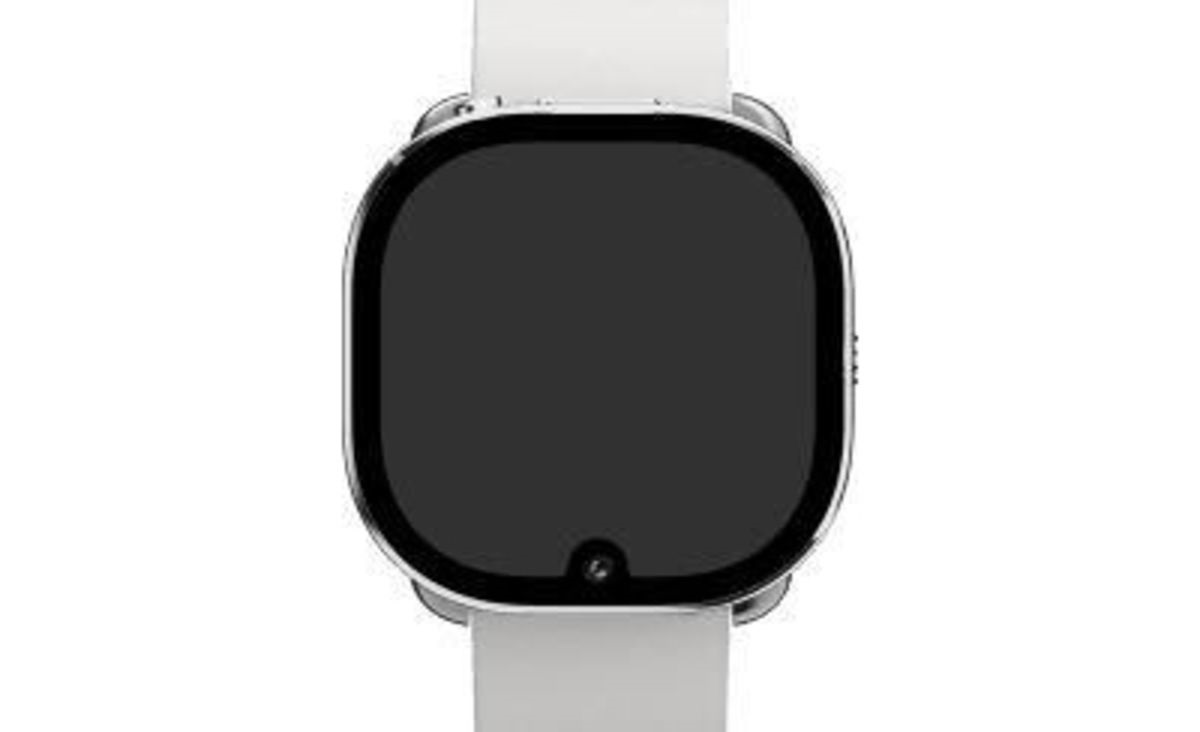 This has been an exceptionally busy week for the company formerly known as Facebook. First came the Facebook Papers, shedding light on the company’s willingness to put its image and profits ahead of public safety. Then, days later, Facebook CEO Mark Zuckerberg hosted a live press conference. The CEO presented his vision for the “metaverse” with a series of demonstrations and conversations. He also confirmed that Meta Platforms, Inc. would be the new name of the company.

Just hours after the event concluded, Bloomberg shared leaked images of an unannounced Facebook smartwatch. App developer Steve Moser found an image of the product in the Facebook View app. As you can see in the image, Meta’s smartwatch — codenamed Milan — has a curved screen and casing. It also has a front-facing camera in a notch at the bottom of the display.

As Bloomberg notes, the device has much in common with the Apple Watch. The large display takes up most of the face, with relatively small bezels surrounding it. The camera will presumably be utilized for video calls — a signature feature that the current Apple Watch doesn’t currently provide. In fact, none of the current smartwatches from major brands have cameras. Additionally, the Meta watch will have a detachable wrist strap and buttons on the top and right sides of the case.

Moser shared even more interesting Milan imagery on Twitter early Friday morning. He suggests that the watch could be a “key input device” for VR headsets in the future:

ICYMI I shared a photo of Facebook/Meta’s ‘Milan’ smartwatch with a bellybutton camera notch yesterday. And here is a glyph of it found in the same app. It could be used as a key EMD & VR input device in the future. https://t.co/hrOr4RQ9HA pic.twitter.com/BVzjXWPU8Q

A source familiar with Meta’s plans tells Bloomberg that the company has been planning to launch a smartwatch by early 2022. The company has yet to finalize the release date, which means it might not be ready until later in the year. The source also claims that Meta is already working on three different generations of the watch. The product in the leaked image could be the first-generation smartwatch, but also might be a prototype that will never see the light of day.

Again, Meta (née Facebook) has yet to actually announce a smartwatch. That said, The Verge reported in June that Facebook’s upcoming watch would feature two cameras and a heart rate monitor. At the time, employees were discussing a possible $400 price point.

There’s still plenty that we don’t know about the smartwatch, but it will only accelerate the rivalry between Meta and Apple. The Apple Watch is the best-selling wearable on the market, and it’s hard to imagine Facebook’s watch topping it. Nevertheless, if the watch really does have features that Apple can’t match, it might at least be able to make a dent in the market share.