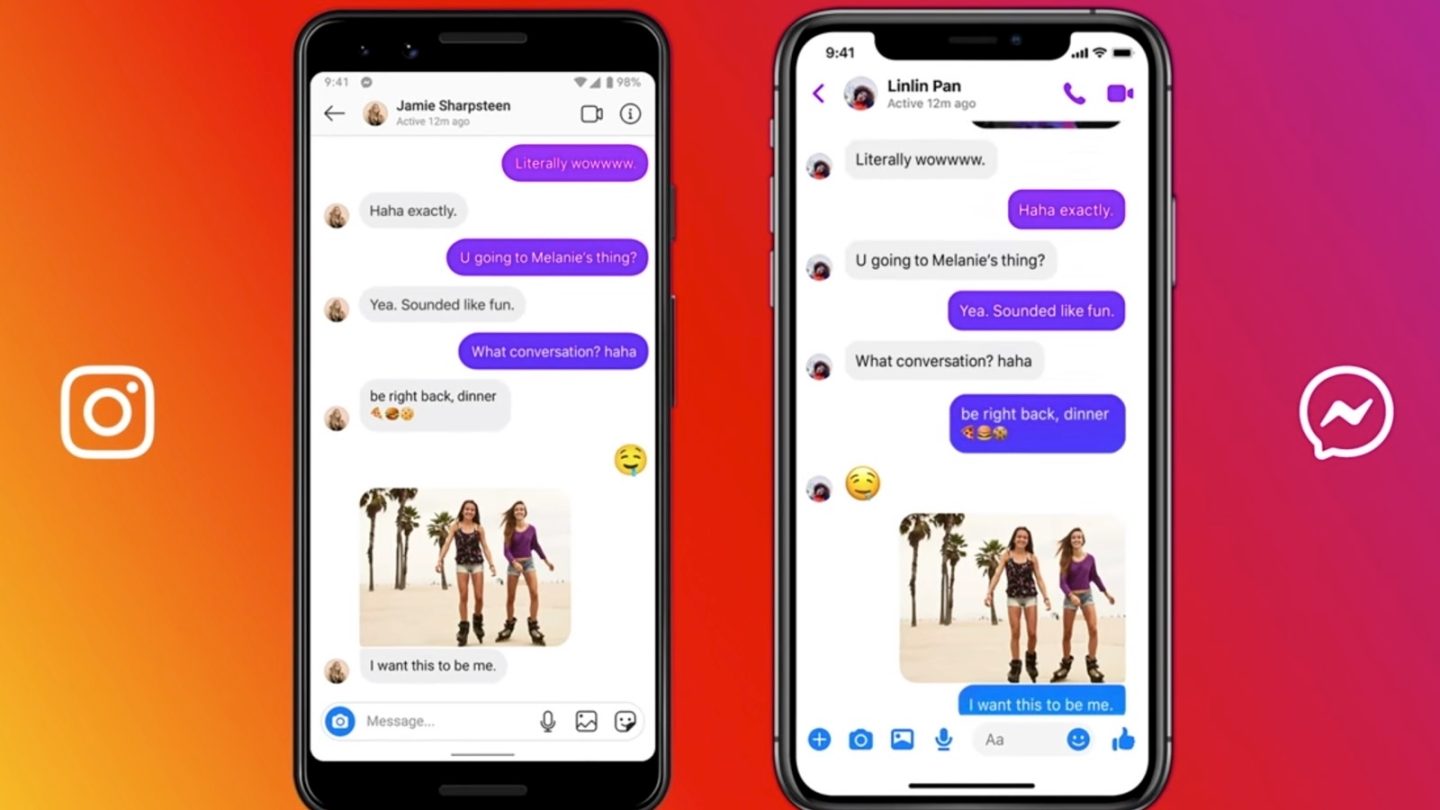 Mark Zuckerberg surprised the world in early 2019 when he laid out his plan to unify Facebook’s instant messaging apps and enable cross-platform functionality. This would make it possible for someone to keep in touch with friends and family without worrying about the app they need to text and call. WhatsApp users would talk to Instagram users and Facebook Messenger users without needing accounts on the other platforms. At the time, Facebook also confirmed that the underlying chat engine that will power this cross-platform functionality would offer end-to-end encryption. As it is right now, WhatsApp remains the only end-to-end encrypted chat app that Facebook owns.

It’s not all good news, however. There’s no telling when WhatsApp integration will arrive. And the Messenger-Instagram chat is limited to a few countries that are not mentioned in the official announcement. Moreover, Facebook is using imagery that’s indicative of iPhone support for the feature, despite the clear preference for Android that comes from the top.

While it remains to be seen when Messenger and Instagram will get cross-platform support in the US and other markets, Facebook did reveal some of the new features coming to the apps. The Messenger app is easily the richer of the two when it comes to chat features, and Facebook says the “best of Messenger” will be available inside Instagram soon. Here’s what Facebook means by that:

From the looks of it, the update that turns on the functionality will be optional on Instagram, although it’s likely that it will become the new default further down the line.

Facebook also says that users will be in control of their privacy and safety. They’ll be able to manage their privacy, “including whether message requests go to your Chats list, your Message Requests folder, or whether you receive them at all.” Facebook will also offer Instagram users a means to block suspicious activity and prevent unwanted messages.

There’s still no word on end-to-end encryption, and that’s probably a conversation Facebook will delay until it’s ready to merge Messenger-Instagram with WhatsApp. But this gigantic messaging endeavor had to start somewhere, and merging Messenger with Instagram first does make sense.