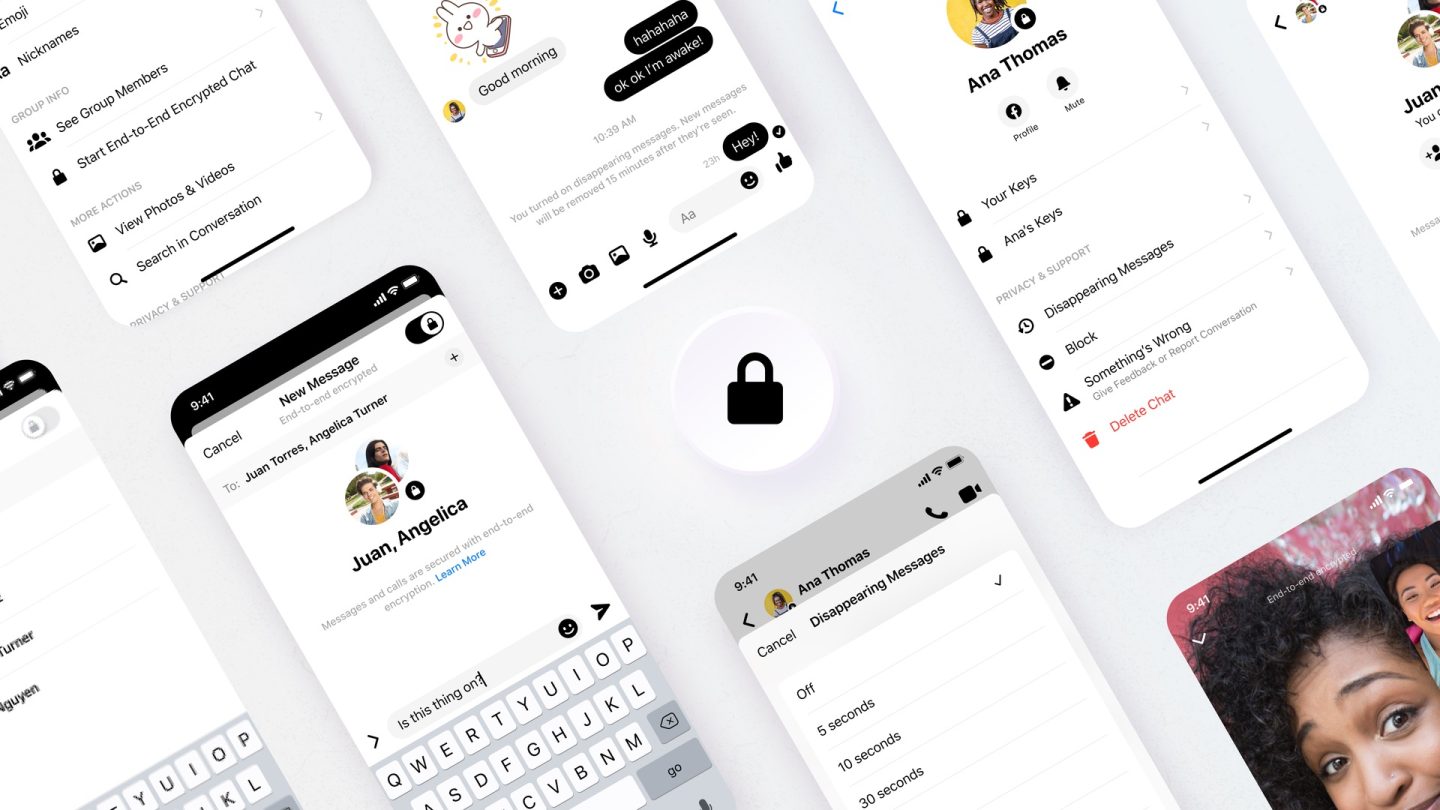 If you do decide to turn on E2EE, the content of your calls on Facebook Messenger will be “protected from the moment it leaves your device to the moment it reaches the receiver’s device.” No one else can see or hear anything that you send or receive — not even Facebook itself.

E2EE for voice and video calls is the highlight of the blog post, but it’s not the only announcement. Facebook is also updating the expiring message feature for end-to-end encrypted chats. Ever since Facebook introduced the feature, there’s been a timer to let users decide when their messages will expire. Facebook has now updated the timer with more options, from 5 seconds to 24 hours.

There are also a few new features set to roll out on Messengers in the coming weeks.

Soon, Facebook will begin testing end-to-end encryption for group chats as well as group voice and video calls. This will also include a test for delivery controls to work with end-to-end encrypted chats. This will make it possible to prevent unwanted interactions by deciding who is on your list of chats, who gets sent to the requests folder, and who is blocked from messaging you.

Finally, Facebook is going to test end-to-end encrypted messages and calls for Instagram DMs. This limited test will allow adults in certain countries to opt in for E2EE messages and calls. As in Facebook Messenger, you need to have an existing message with someone or be following each other to initiate an E2EE chat. And even with E2EE enabled, you will still be able to block people that you don’t want to talk to and report users if they are breaking the rules or making you uncomfortable.

You can visit this page to learn about Facebook’s plans for end-to-end encryption across its app.