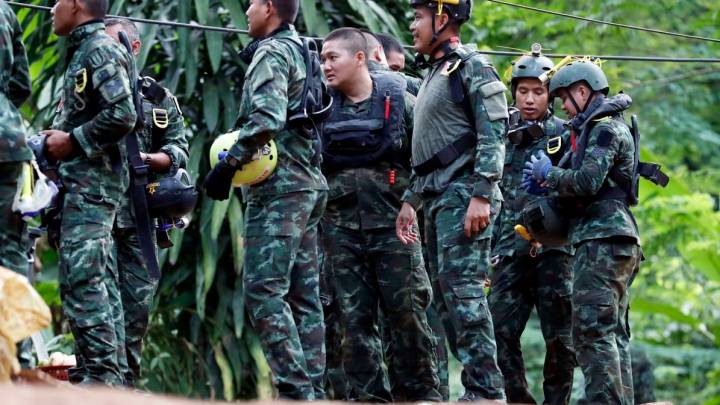 Thai authorities are preparing for a daring rescue of the 12 boys and their football coach who ventured into a system of caves some two weeks ago, only to find themselves trapped by water from heavy rains.

The rescue plans involve navigating sections of the tunnels that are still flooded, some so narrow that carrying full scuba gear is difficult. The kids, some of whom can’t even swim, are expected to wear scuba gear, with experienced divers by their side at all times.

But one of those experienced divers, an ex-Thai navy diver, died during the rescue operations after running out of oxygen himself, proving how difficult said rescue will be.

Petty Officer Saman Gunan was a highly trained diver whose job was to deliver oxygen. On his way back, he ran out of his own supply, according to the BBC, and died. The divers go in pairs, and Saman’s partner tried to revive him, but that wasn’t possible.

The Thai authorities had considered providing enough supplies to the trapped boys so that can survive in the cave for a few extra months until the monsoon season is over.

But it looks like authorities are more determined to attempt a rescue right now. “At first, we thought the children could stay for a long time… but now things have changed, we have a limited time,” Rear Admiral Apakorn Yookongkaew said.

Heavy rain is expected on Sunday, which could flood more sections of the tunneling system, which may explain why authorities are in a hurry to have the children saved. More details on the escape plans are available at this link, while CNN’s video below further explains the conditions leading to Saman’s death.