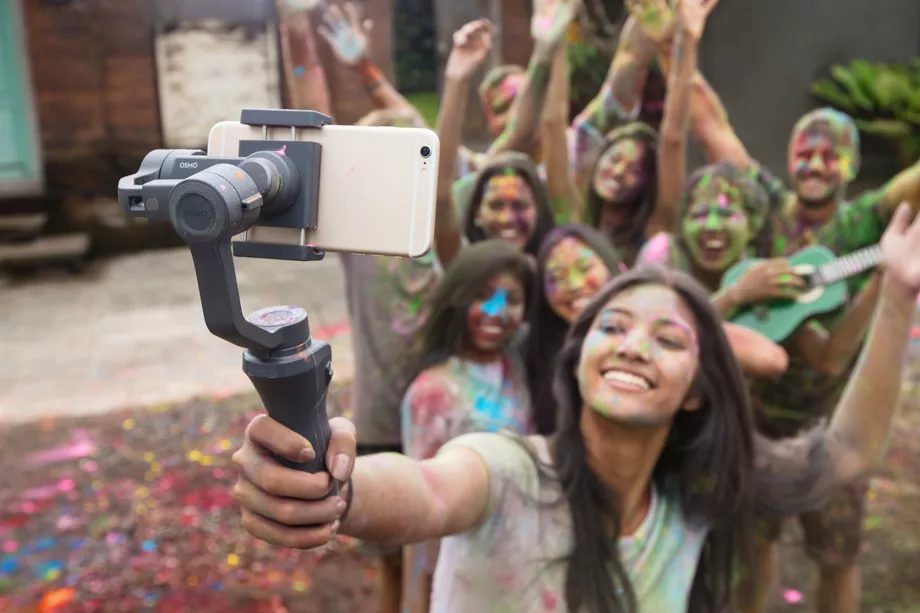 DJI has announced a new smartphone stabilizer, the Osmo Mobile 2, at CES 2018. It’s a slightly lighter and much cheaper version of the company’s previous stabilizer, and this time around, it looks like it might actually have mass-market appeal.

In terms of functionality, the new Osmo Mobile 2 should be almost identical to its predecessor. You can fit virtually any smartphone in the jaws — theoretically, anything from an iPhone SE to a Galaxy Note 8 — and the stabilizer’s gimbals will keep the phone smooth and level, eliminating any shake or bounce when the photographer is moving around.

The Osmo Mobile 2 does have a few differences to its predecessor in terms of use. It’s lighter, thanks to an all-plastic construction, the controls have been simplified, and it also now lets you film in Portrait mode for all those Instagram Stories. The battery life has been significantly increased to 15 hours, but at the expense of an integrated battery that isn’t user-replaceable.

Pre-orders start through Apple on January 23rd, with the device expected to be on sale by next month.

In addition to the Osmo Mobile 2, DJI has also announced its first single-handed stabilizer for bigger cameras. The Ronin S has the same kind of form factor as a smartphone stabilizer — a pistol grip mounted directly below the camera — but it’s designed to accomodate DSLR and mirrorless cameras. The controls are much more complex, allowing for direct control of camera functions, and the motors are more powerful to handle the extra weight.

“With the introduction of these two stabilizers, DJI now offers gimbal technology to help unlock the creative storyteller in everyone no matter what camera they’re using,” said Paul Pan, Senior Product Manager at DJI. “Osmo Mobile 2 offers the best in smartphone stabilization at an affordable price, and Ronin-S brings the quality of DJI’s professional gimbal technology to a new form factor that is perfect for run-and-gun filming using your favorite DSLR or mirrorless camera system.”