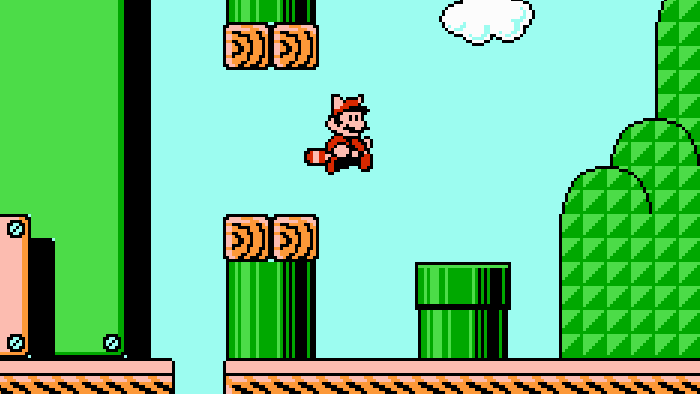 After years of steadfastly refusing to admit that iOS was a gaming platform worthy of its time and energy, Nintendo finally realized that there was far more to gain by embracing iOS as opposed to shunning it. Earlier today, the fruits of Nintendo’s long overdue realization hit the App Store in the form of a new endless runner game titled Super Mario Run.

Now that we’re living in a world where Nintendo’s famed characters are allowed to exist on iOS, it’s only natural to wonder if any of Nintendo’s old school games might eventually see the light of day on the App Store. After all, the recent release and ongoing popularity of the Nintendo Classic Edition illustrates that the market for nostalgic and timeless NES titles runs deep. In turn, many believe that Nintendo could cash in big time by porting some of its more recognizable classic titles to the iPhone and iPad.

Unfortunately, such a scenario doesn’t appear likely, now or ever. During a recent interview with Wired, iconic video game designer Shigeru Miyamoto — the genius behind game franchises like Super Mario Bros. and Zelda — explained why Nintendo has no intention of bringing classic NES titles to iOS.

In a two-pronged answer, Miyamoto first explains that delving back into Nintendo’s catalog of old games wouldn’t be a thrilling endeavor for him.

“For me, it wouldn’t be interesting work to just take the existing Super Mario Bros. game, put it on an iPhone, (and) emulate a plus control pad,” Miyamoto said. “That’s not very fun creatively. We’re more interested in looking at how we can be creative with Mario, and design for iPhone in a way that takes advantage of the uniquenesses of that device and the uniquenesses of that input and the features that that device has.”

Miyamoto also added that the economics of bringing classic NES titles to iOS might not make much sense either.

“If we did put Super Mario Bros. on the iPhone,” Miyamoto explained, “(people) would say, ‘Wow, this is well-done, but are you actually going to expect me to pay money for it? Why isn’t this free?'”

While the first point makes sense, I’m not quite sure Miyamoto’s second argument holds water. Again, the insane popularity of the NES Classic Edition underscores how passionate gamers are when it comes to old school Nintendo games. If Nintendo, hypothetically speaking, released a Super Mario pack for iOS consisting of all three Mario Bros. titles, I think demand would be off the charts. And that’s not even to mention the extensive catalog of NES games Nintendo would also be able take advantage of.

Regardless, we can’t really complain given that the NES CE is an actual product and that new and creative Nintendo titles will inevitably land on iOS in the years ahead.

Make sure to check out Miyamoto’s full interview with Wired via the source link below for a fascinating look at some of the behind the scenes development involved in bringing Super Mario Run to market.