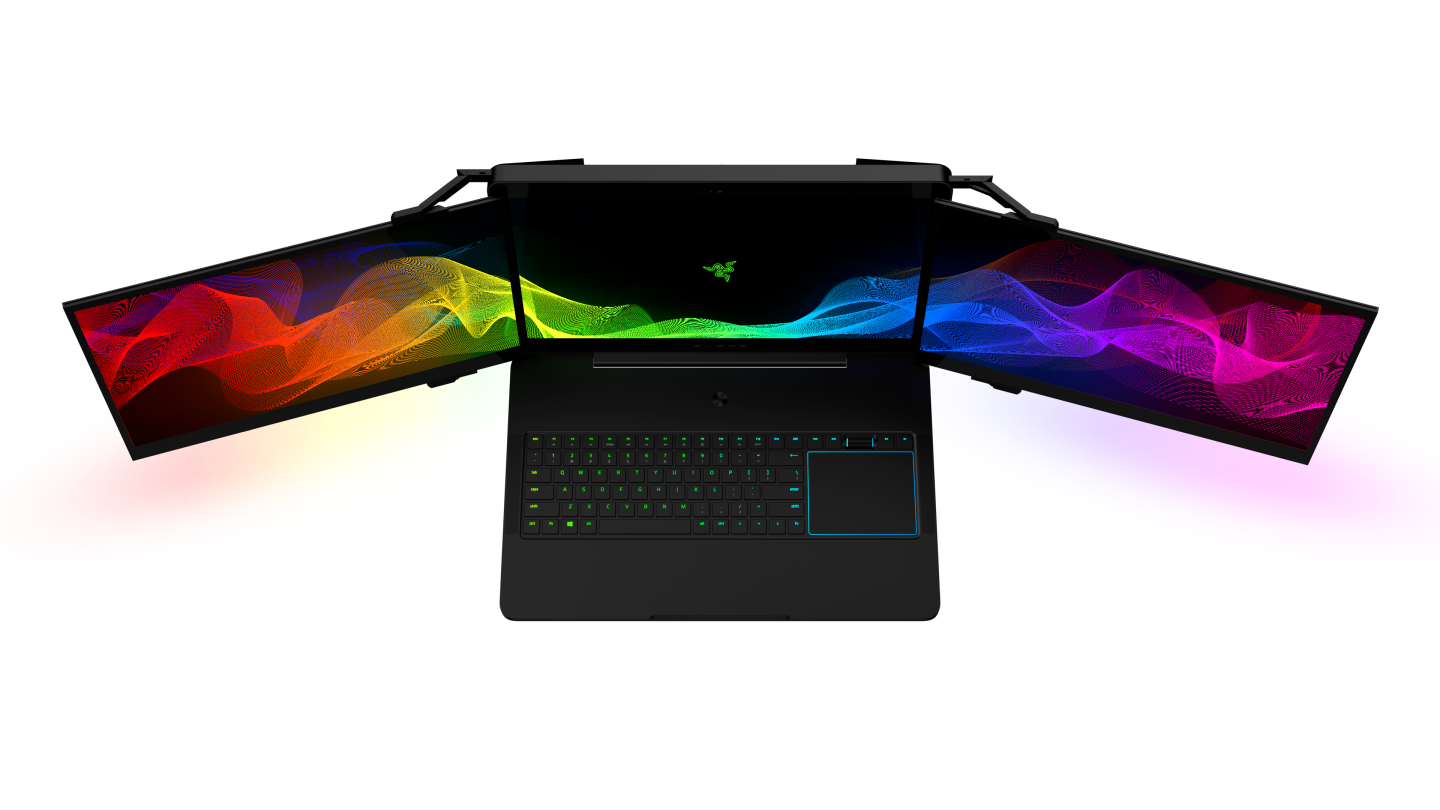 The formula for building a massively overkill gaming laptop used to be simple: add graphics cards, a smattering of LED lights, and a keyboard louder than the Norse god of thunder. But earlier this week, Acer designed a 21-inch gaming laptop with a curved screen that reset the rules of the game, so Razer’s had to respond.

What you’re looking at is Razer’s Project Valerie, a concept that crams three 4K displays into one semi-portably computer. I hesitate to call it a laptop, because just imagine trying to pull this out on an airplane.

Valerie is based on the Razer Blade Pro, so the chassis is a 17.3-inch aluminum body that should end up weighing somewhere around 10 to 12 pounds, according to Anandtech. Specs are exactly as you’d expect: Intel Core i7, Nvidia 1080 graphics card, and I’m guessing more RAM than you know what to do with.

The screens fold up when not in use, and the idea is that a final production unit will look like a slightly fatter Razer Blade Pro when folded up. It’s currently a working prototype with no immediate plans to build a version that we can buy, but given the number of collective minds being blown right now, I could see Razer actually building this.

I still have some lingering questions, like what those screens would do to battery life, and how insufferably my local Starbucks is going to become. But provided Razer can work some of the details out, gamers and hardcore multitaskers are going to have an expensive year.