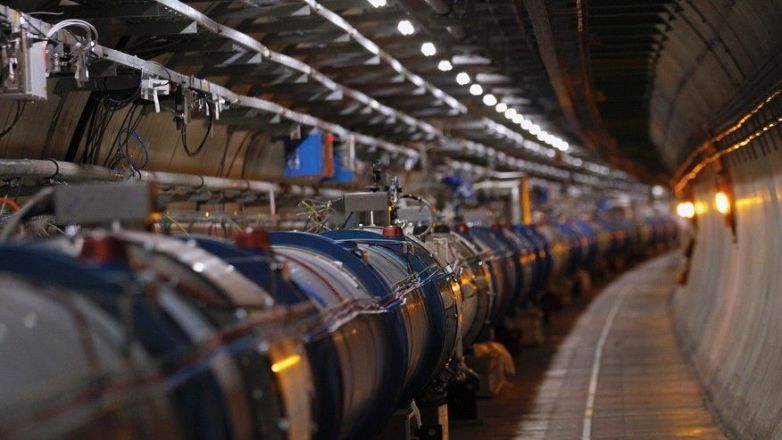 The famous Large Hadron Collider, an insanely massive particle accelerator that’s helped scientists crack some of the most deeply hidden mysteries of the universe, is about to be dwarfed by an atom smasher that’s much bigger and more powerful.

European physicists have just unveiled their proposal for the construction of a new particle smasher that calls for a 62-mile circular collider costing roughly the equivalent of $10 billion. Plans for the so-called Future Circular Collider were revealed Tuesday in a report by officials associated with the European Organization for Nuclear Research, better known by its acronym of CERN.

Among other things, they’re proposing that the collection of 23 member nations which currently comprise CERN would likewise oversee this next-generation accelerator. An accelerator, we should note, that would be four times bigger and up to 10 times more powerful than today’s Large Hadron Collider, which is part of a particle accelerator facility on the French-Swiss border and which helped scientists in 2012 confirm the existence of the so-called God particle, the Higgs boson. It’s a particle that gives mass to electrons and protons, which scientists regard as a kind of building block for the world as part of their so-called Standard Model. That’s a body of knowledge describing some of the most basic forces at work in the physical world.

Ironically, this highly sought after class of particles can reveal such depth of understanding about the world around us — but the particles are also so small that it takes insanely massive machines to wrench them loose, in a manner of speaking, enough for scientists to be able to study them.

The way the Large Hadron Collider works involves a loop of superconducting magnets that shoot streams of protons at each other fast enough for these key particles to emerge from the impact. And among the questions scientists hope these kinds of machine can answer are things like why gravity is so weak compared to other forces.

As if on cue, meanwhile, China has plans to build its own version of one of these machines. According to a report from ScienceAlert, its creation could be operational by the 2030s and present “a head start (on) the multiple collisions needed to amass the enormous bank of statistics necessary for finding flaws in the Standard Model. Japan is also taking a look at building a particle collider.”

The ScienceAlert report also makes clear that there’s no guarantee this new collider in Europe will ever get built. The Large Hadron Collider apparently hasn’t produced enough fodder for scientific discoveries yet to satisfy some officials that the need is there and investment is warranted for the development of a new collider.