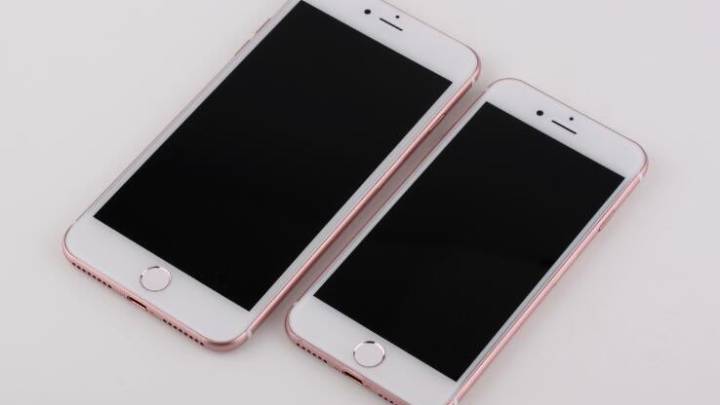 Apple is finally killing the 16GB iPhone this year, which is a great thing for buyers. I praised leaks suggesting that 32GB will be the entry-level storage option for new iPhones, starting with the iPhone 7 and iPhone 7 Plus. But that doesn’t mean you should buy a 32GB iPhone. In fact, when the iPhone 7 is made available for preorder next week, definitely don’t purchase the 32GB model.

You probably know people rocking 16GB iPhones who can hardly manage their available storage. Maybe you are one yourself. If that’s the case, 32GB of iPhone memory might still not be enough going forward.

Starting with the iPhone 6, I purchased 64GB iPhones, which represented the mid-tier memory option for both iPhone 6 and iPhone 6s, thinking that would be enough for me. I currently have around 10GB of free space, even though I manage my data very actively.

There are plenty of reasons to avoid the 32GB iPhone 7 or iPhone 7 Plus, no matter how attractive the idea of saving $100 might be.

Apple will have 32GB, 128GB and 256GB iPhone 7 and iPhone 7 Plus versions in stores. Sticking with the mid-tier option, you’d get almost 100GB of storage for just $100 extra. That’s a lot more than last year’s iPhones, which gave you just 48GB more space for the $100 it cost to jump from entry-level to mid-tier.

The iPhone is getting cheaper

Apple may keep the same iPhone pricing tiers in place, but by upgrading memory it’s effectively making it more affordable for you to get more storage. 128GB and 256GB iPhone 7 versions will cost as much as current 64GB and 128GB iPhone 6s models. You do the math.

You don’t have to pay the full sticker price for the iPhone anymore, but you don’t have to ink new contracts either. Instead, just go for installment or upgrade plans. That way it’ll be a lot easier to buy an iPhone that has more storage. In time, the investment will pay off, especially if you don’t want to upgrade to a new iPhone every year.

Just like every other iPhone, Apple will not include a microSD card port in the iPhone 7 or 7 Plus. The only external storage solutions for the iPhone are Lightning flash drives or wireless options that aren’t necessarily hassle-free solutions. By going with 128GB or 256GB instead of 32GB, you’ll won’t have to pay anything for external storage options. Not to mention that you can transform your iPhone into a memory stick with the help of apps and load even more files that you need to keep with you on the go.

Yes, we all need the cloud and it’s great that it’s there in various shapes and options. But with more built-in storage, you’ll always have the files you need at your fingertips whether or not you have internet access.

In case you haven’t noticed, the improved capabilities of the iPhone come with a major side effect: storage consumption. Better photos, 4K video, better games, high-resolution movies… they all require extra storage. And you won’t have to decide which games to install or how many episodes, movies or songs to download before going on a trip.

Yes, I am basing this on rumors at this point, and Apple could have a different memory setup for the iPhone 7 than what rumors have suggested. But whatever its mid and high-end storage options will be, it’s fairly obvious that there won’t be a 16GB iPhone 7 this year. Instead, the 32GB iPhone 7 and iPhone 7 Plus will be your cheapest options, but you should avoid them at all costs and get yourself more storage. You won’t regret it.