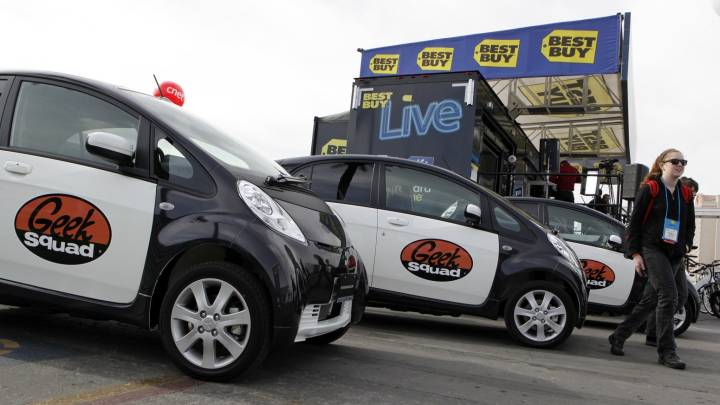 New documents released this week have unearthed a shocking discovery about the relationship between the FBI and Best Buy’s Geek Squad repair agents. After filing a Freedom of Information Act (FOIA) lawsuit last year, the Electronic Frontier Foundation (EFF) was granted access to documents which show that the FBI has paid Geek Squad staffers to inform them of any illegal materials they might find on the computer they are asked to repair.

This violation of the fourth amendment goes back at least a decade, as one memo from 2008 describes a meeting in which Best Buy hosted the “Cyber Working Group” of the bureau as well as giving a tour of the Geek Squad facilities in Brooks, Kentucky to the federal agents of the Louisville Division who attended the meeting.

The EFF also got its hands on a payment request form which shows the FBI paying $500 to one of its Geek Squad informants. This payment lines up with a case from early 2017, in which Orange County physician Mark Rettenmaier was charged with possession of child pornography after Geek Squad employees who were paid FBI informants said that they stumbled upon illicit images while repairing Rettermaier’s computer.

Based on their findings, the EFF was able to determine that the FBI and Best Buy’s Geek Squad have worked out an arrangement over the years. When a Geek Squad employee finds illegal material on a customer’s device, they would call the FBI field office, at which point an agent would visit the facility and review the material in order to determine whether or not it was illegal. If it was, they would seize it and take it back to the field office.

In a statement, Best Buy points out that its employees “have a moral and, in more than 20 states, a legal obligation to report these findings to law enforcement.” But the documents obtained by the EFF seem to suggest that Geek Squad employees have been paid to go out of their way to find something illegal.

“We have learned that four employees may have received payment after turning over alleged child pornography to the FBI,” Best Buy confirmed later in the same statement. “Any decision to accept payment was in very poor judgement and inconsistent with our training and policies. Three of these employees are no longer with the company and the fourth has been reprimanded and reassigned.”

Of course, this isn’t the end of the story. The EFF claims that the FBI has withheld other documents and refuses to confirm or deny if it has similar relationships with other repair facilities. As a result, the EFF will be challenging the FBI in court this spring, at which point even more information should come out.