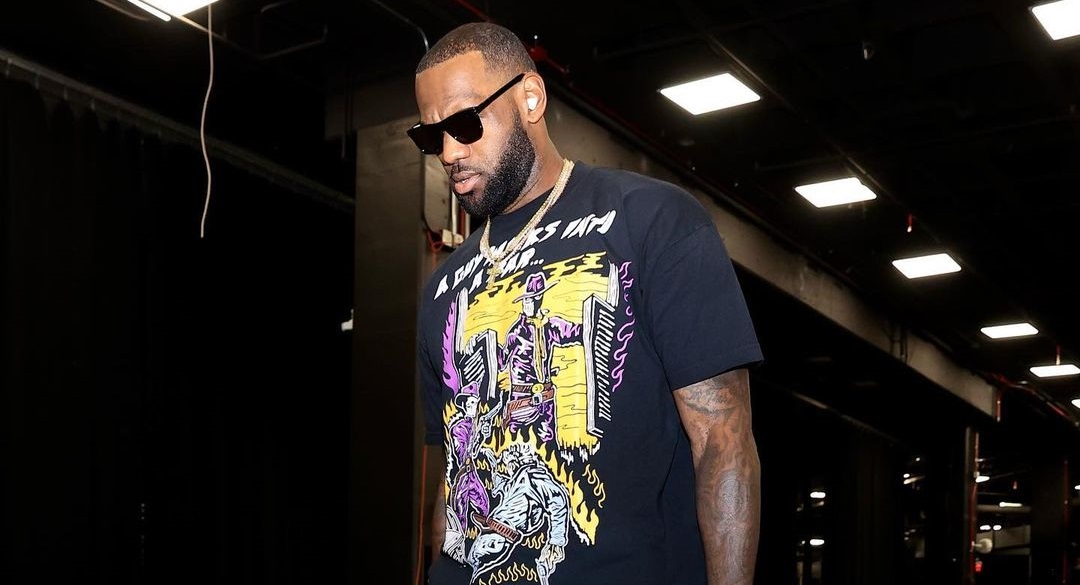 Technology leaks come in all shapes and sizes, and often from the most unexpected of sources. To wit, Los Angeles Lakers forward and four-time NBA champion LeBron James posted a series of photos on Instagram on Wednesday following a 109-102 win over the Phoenix Suns in which he appears to be wearing a pair of Apple’s new Beats Studios Buds in his ears. This is notable because Apple has yet to actually announce any such product.

Last week, shortly after Apple rolled out the first iOS 14.6 release candidate to developers, MacRumors found evidence of an unannounced device in the code of the software. In addition to the name, there were also animations that showed off the design of the earbuds and the charging case.

We can’t say for sure whether or not the wireless headphones in James’ ears are indeed the Beats Studio Buds, but as MacRumors notes, there are a few key elements that separate the leaked product from other devices. First of all, these are the first Beats earbuds to lack ear wraps. Every previous pair of earbuds from Beats has wrapped around the ears, so if these are Beats, they’re new.

Furthermore, as you can see in the animation below, the Beats Studio Buds taper off at the end that sticks out of the ear into an interesting pill shape. It’s tough to get a great look at the earbuds James is wearing in any of the four photos on Instagram, but the design looks strikingly similar:

This isn’t the first Beats Studio Buds leak of the week, either, as MySmartPrice shared what it claims are live images of the earbuds from an FCC listing on Tuesday. Like the animations from iOS 14.6 and tvOS 14.6 showed, the earbuds will feature the most compact design of any pair of Apple headphones to date. There are no stems, no ear wraps, and no wires.

In that way, they are far more similar to Google’s Pixel Buds or Amazon’s Echo Buds than any of the AirPods models that Apple has ever released. That said, the next AirPods Pro are expected to do away with the stem as well, so perhaps this is a preview of what’s to come.

Speculation aside, LeBron James has been around the block before when it comes to sponsorships and product placement, so it’s hard to imagine that the 17-time NBA All-Star simply forgot to pop in some available headphones before leaving home. As such, we wouldn’t be surprised if Beats Studio Buds made a formal debut right around WWDC 2021 in two weeks.