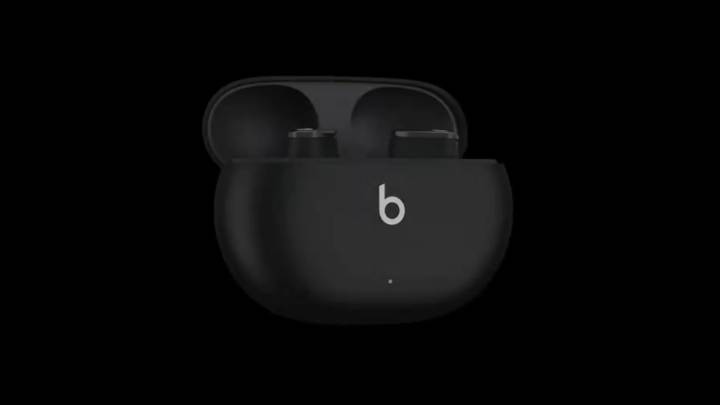 Apple is reportedly making a concerted effort to stop leaks at its factories, but the company might want to try to figure out how to stop leaking its own products through software updates first.

Shortly after Apple announced lossless audio for Apple Music and iOS 14.6 RC rolled out to developers on Monday, 9to5Mac dove into the files of the update and found references to and images of an unannounced device called Beats Studio Buds. Based on the images, these will be the first Beats earbuds to lack wires, stems, and ear wraps, and they will ship with a charging case that looks strikingly similar to that of the AirPods Pro.

Poking through the files of the iOS 14.6 release candidate, 9to5Mac discovered that the new Beats wireless earbuds will have an Apple chip that will allow them to support instant pairing with the iPhone and the “Hey, Siri” feature. They will also have noise cancellation like the AirPods Pro, as well as a more compact design.

Interestingly, the design of the Beats Studio Buds is similar to what we’d been expecting from the second-generation AirPods Pro. Rumors have suggested that Apple’s next AirPods Pro would eliminate the stem altogether in order to make the earbuds even smaller, but Beats appears to have staked its claim first.

Based on the fact that we now know Apple Music’s lossless audio tier will launch in June, we wouldn’t be surprised to see the Beats Studio Buds make their official debut next month as well. Presumably, the new Beats buds will support all of the new Apple Music features Apple announced on Monday.

According to the digging done by MacRumors, the Beats Studio Buds will be available in red, black, and white colorways. If and when we learn more about the unannounced headphones, we’ll let you know.