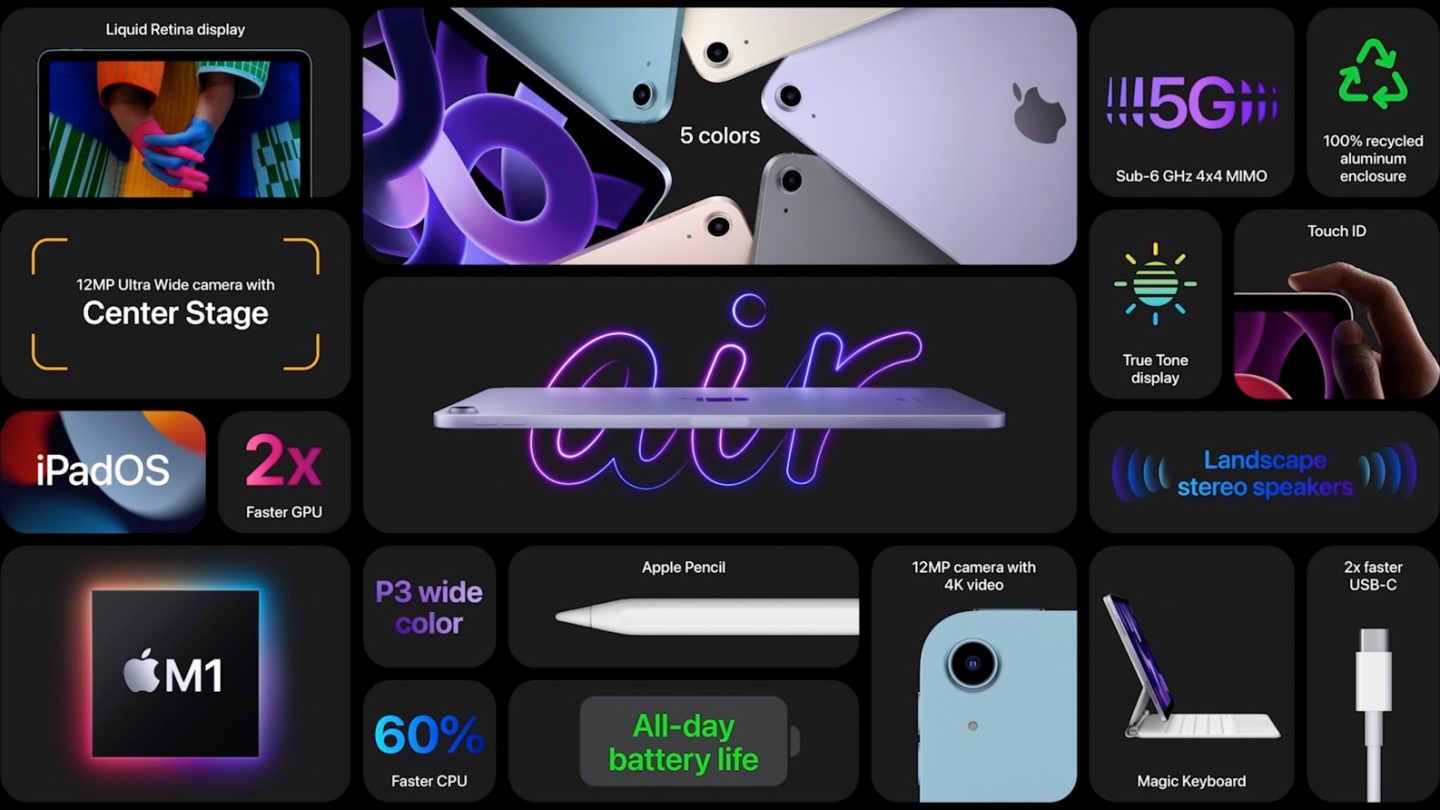 Earlier this month, Apple hosted its first big event of the year. The company introduced the Mac Studio, Studio Display, and brand new iPhone SE and iPad Air models. The reviews have generally been positive, but Apple’s newest tablet might have a serious issue. As spotted by iMore, iPad Air owners have taken to Reddit to complain about the build quality of the new tablet. Apparently, the aluminum rear panel of the 2022 iPad Air is thinner than the 2020 model. As a result, the back of the tablet creaks when pressure is applied.

“I ordered and received two blue iPad Air 2022 today and I’m a bit shocked,” the original poster wrote. “The aluminium backplate is a lot thinner than on the iPad 4 which I also have. You can almost feel the battery through the plate when you hold the device. Both iPads have the same feeling and are making creaking noises when you hold them.”

The user explained that this was not a problem with their fourth-generation iPad Air. Several other early adopters expressed similar concerns. One user even visited an Apple Store to test the theory and found that the new iPad Air indeed felt flimsier:

Yesterday I was in an Apple Store, curious about this issue, I hold an iPad Air 5 and yes you can feel that the aluminum is thinner, in fact if you press a little bit the back, the battery presses the screen and you clearly can see the black patches on it. Next to it, there was an iPad Pro, I hold it and I immediately felt that the aluminum was much more stronger, it was impossible to replicate the same issue. In fact you don’t even need to press the back to feel that the device is more solid.

It’s worth pointing out that not every user agreed with the claim. Some users seem satisfied with the build quality of the new iPad Air and say it feels sturdy. That said, a vast majority of 2022 iPad Air owners in the thread are noticing the same issues as the original poster. One user even shared a video of their iPad Air creaking while pressing on the back.

If you haven’t yet, be sure to check out our review of the M1 iPad Air. We should note that we found the build quality to be up to Apple’s usual standards over the course of the review process, and on par with that of the previous-generation iPad Air.

Of course, this isn’t the first time that an Apple product has shipped with a potentially serious flaw. Back in 2014, the iPhone 6 and iPhone 6 Plus were similarly thinner than their predecessors. This resulted in the so-called “Bendgate” scandal. Countless YouTubers filmed themselves snapping the iPhone 6 in half with their bare hands to demonstrate the issue.

A few years earlier, in a scandal Steve Jobs himself dubbed “Antennagate,” iPhone 4 owners realized that their calls would drop whenever they held the phone a certain way. Apple ended up having to send out millions of free bumper cases to address the issue.

More recently, Apple fans have made their displeasure known in regards to Apple’s butterfly keyboard. It wasn’t quite a scandal, but Apple did eventually do away with the design. Hopefully, the thin chassis of the iPad Air won’t result in a new “-gate” for Apple.