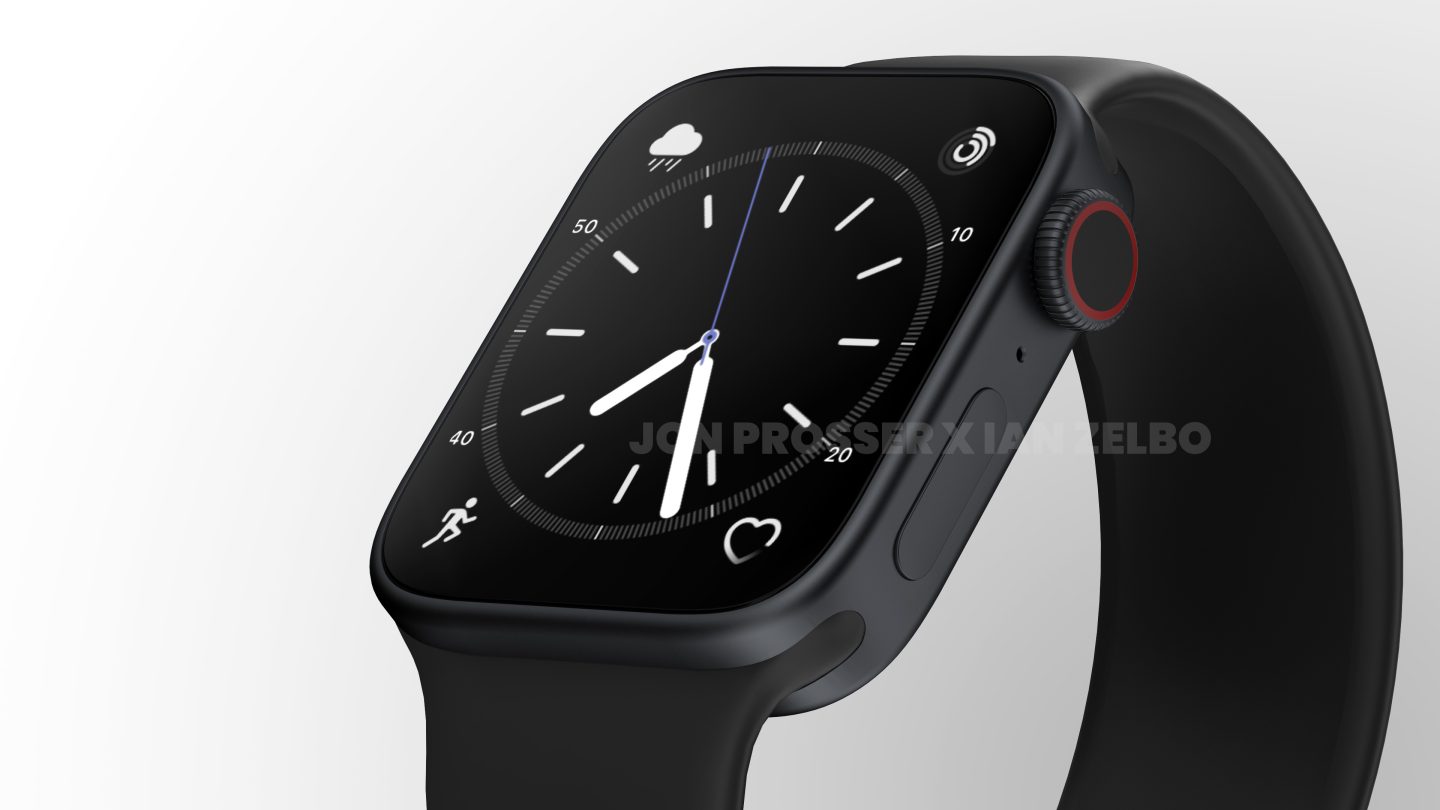 Apple has had trouble keeping products secret ahead of their reveal in recent years. There are occasional exceptions to that rule, though, such as the design of the Apple Watch Series 7. For months, typically reliable leakers claimed that Apple’s latest smartwatch would have a brand new design with flat sides. This, of course, did not come to fruition, but with the Apple fall event on the horizon, a new spate of rumors is giving us deja vu as the same leakers now believe that the Apple Watch Series 8 will feature last year’s rumored design.

This week, ShrimpApplePro on Twitter said they heard from a source that Apple is making a flat glass display for the Apple Watch. “High chance that this is the front glass for the Apple Watch Series 8,” they said, leaving open the possibility that it’s for a future watch.

A day after ShrimpApplePro tweets, Jon Prosser (who predicted that last year’s Apple Watch would have flat sides) delivered a new episode of his YouTube show, Front Page Tech. In this episode, Prosser reminds us that in the episode about the redesign last May, he warned that the device in question could also be the Series 8. Now, a year later, he’s cautiously optimistic that Apple will actually debut a new Apple Watch design this year:

Prosser says that there are two possibilities. The most likely possibility is that this leak is the Apple Watch Series 8. But it is also entirely possible that the square Apple Watch is the long-rumored rugged model that we’re still waiting on.

Perhaps the most important point that Jon Prosser makes in the video is that there the flat-edged Apple Watch is real. He saw the watch before commissioning concept artist Ian Zelbo to mock up the images of the unannounced device last year. Apple does scrap projects, but the fact is that leaks are still pointing to the existence of the flat Apple Watch.

Whatever this Apple Watch model actually is, we’ll almost certainly find out this fall at Apple’s next major product showcase.

Looking for more Apple news? Check out our iPhone 13 and iPhone 14 hubs for more.