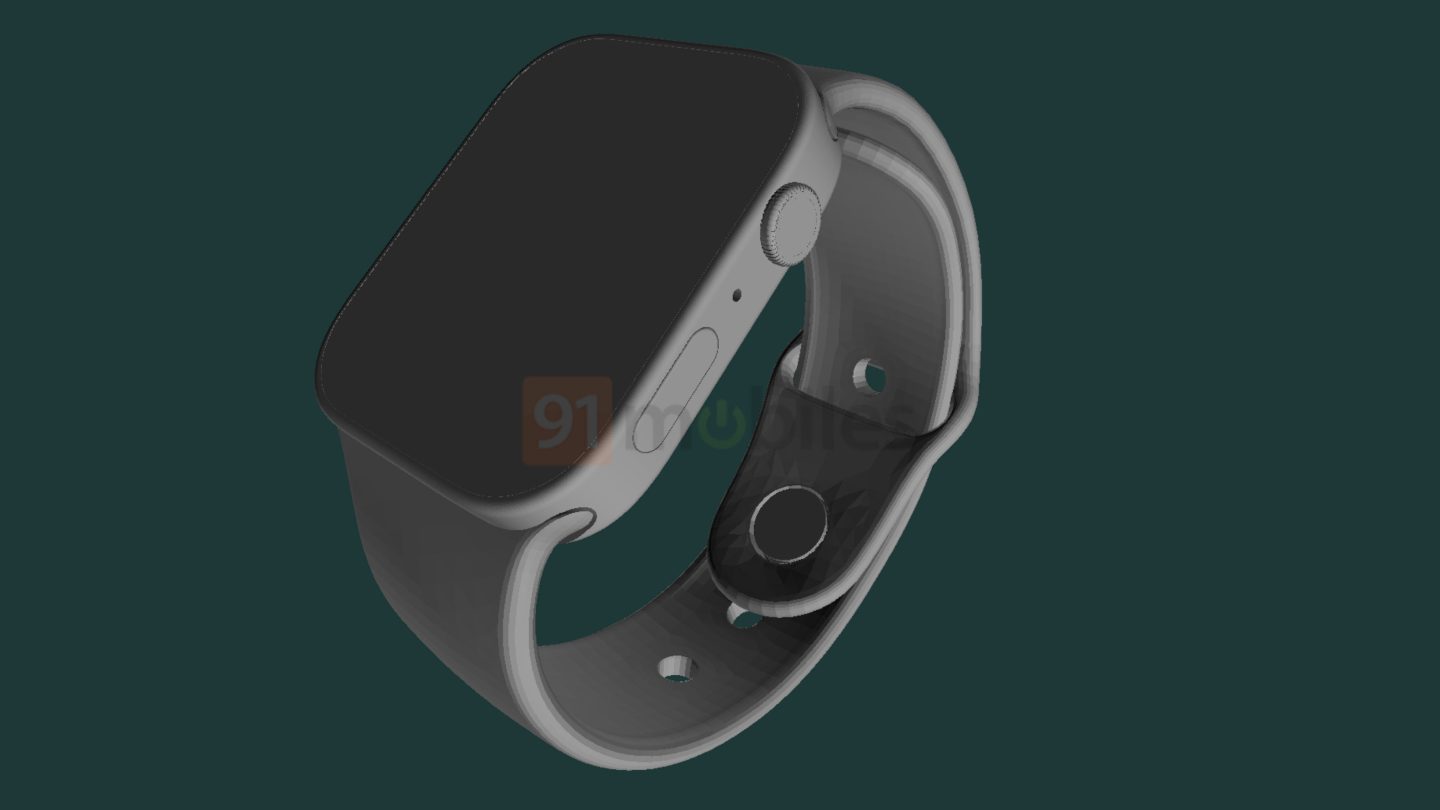 iPhone 13 leaks have been springing at a furious pace, but that isn’t the only device coming from Apple in 2021. We also expect to see new AirPods, a new MacBook Pro, and new iPad models. The Apple Watch Series 7 will make its debut as well. And early this week, the final design of the Apple Watch Series 7 was seemingly spoiled in a new leak.

On Tuesday, 91mobiles published CAD-based renders of the Apple Watch Series 7 which were allegedly obtained from industry sources. As 91mobiles notes, their renders are incredibly similar to the renders Jon Prosser shared in May. Prosser has had his share of misses, but he seems to hit more often than not. Also, virtually every other rumor and report points to a similar design.

What to expect from Apple Watch Series 7

Because the renders are virtually identical to the ones from May, they don’t reveal much that we did not already know. Apple appears to be replacing the rounded edges of previous Apple Watch models with flat sides on the Series 7. Flat edges are all the rage at Apple, appearing on the latest iPhone and iPad models. Flat edges are also expected to appear on the next MacBook Pro.

As for button placement, Apple won’t be making any significant changes. The Digital Crown and the side button are once again positioned on the right side of the display, with a microphone in between. Meanwhile, Apple looks to have replaced the two small slits for speakers on the left side of the device. With more room on the flat surface, there are now two much longer slots sitting next to one another. It’s unclear if this will have any effect on the quality of the sound the watch emits.

When will the new Apple Watch be revealed?

Be sure to check out our Apple Watch Series 7 page for more on Apple’s upcoming wearable.