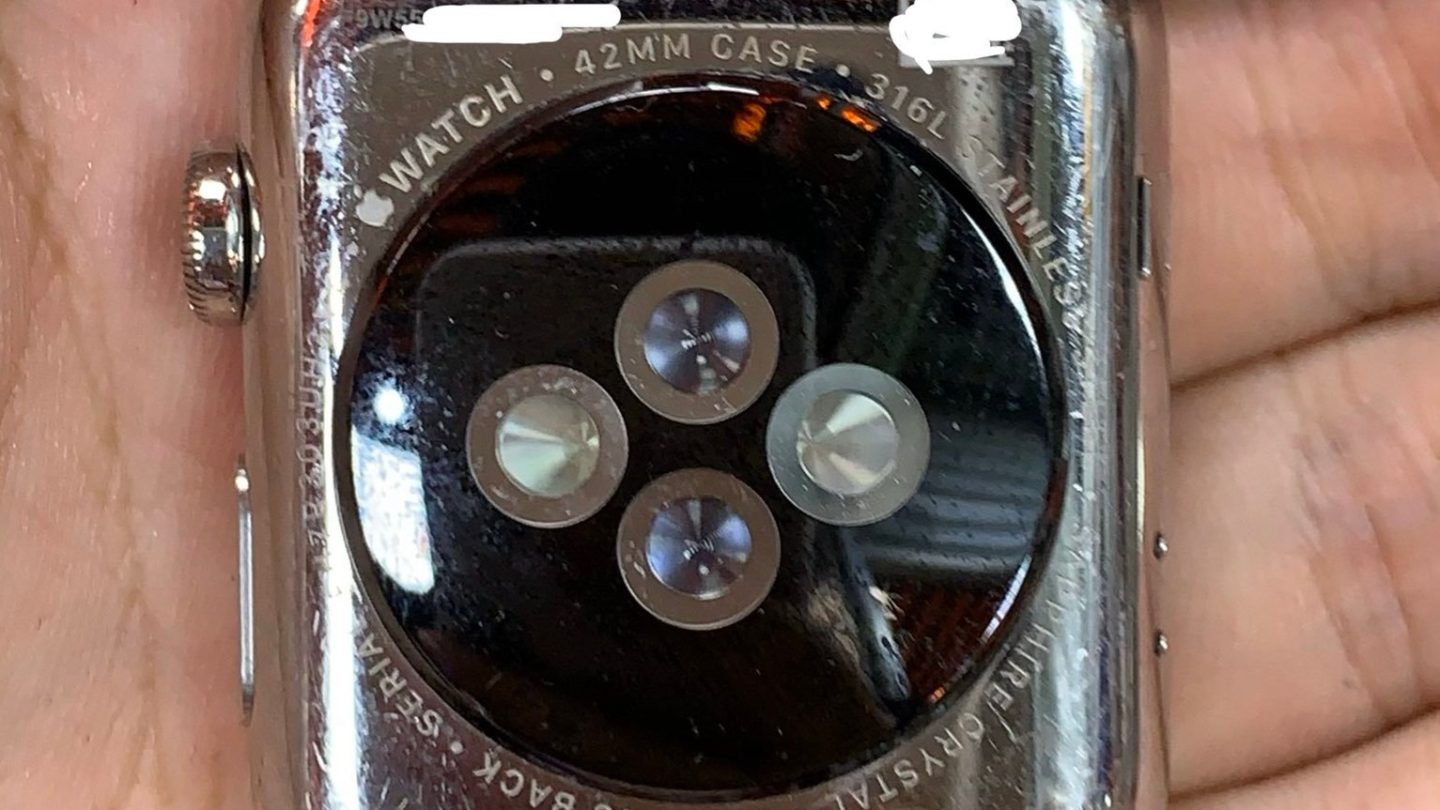 With September just around the corner, iPhone leaks are likely to pick up, stealing the spotlight from all of the other regularly scheduled leaks. Just this morning we shared what might be the first-ever hands-on video of the iPhone 11 Pro. But new iPhone models won’t be the only devices unveiled at Apple’s September event. We also expect to see the next Apple Watch, which a new leak suggests will support blood pressure measurement.

This Apple Watch Series 5 leak comes courtesy of Mr White on Twitter, who is not quite as prolific as some of the other leakers we cover, but has provided fascinating early looks at Apple products on more than one occasion in the past. Unfortunately, he didn’t explain why he believes that the new Apple Watch will be able to supply blood pressure readings, and the photos he included appear to be of an unrelated older Apple Watch model:

Needless to say, it’s worth taking this leak with a grain of salt, but it’s not the first Apple Watch Series 5 leak to surface in recent weeks. Last Thursday, an Instagram user posted a photo of an Apple Watch with the model number A2157, which is associated with a new generation of Apple Watch devices, according to official Apple documentation filed with the Eurasian Economic Commission just days ago.

It’s worth noting that even if the photos from Mr White aren’t of the Apple Watch Series 5, Bloomberg reports that the changes for this year’s Apple Watch will be “more muted” than in 2018, as the company will be focusing more heavily on “the watchOS 6 software update and new case finishes,” such as ceramic and titanium.