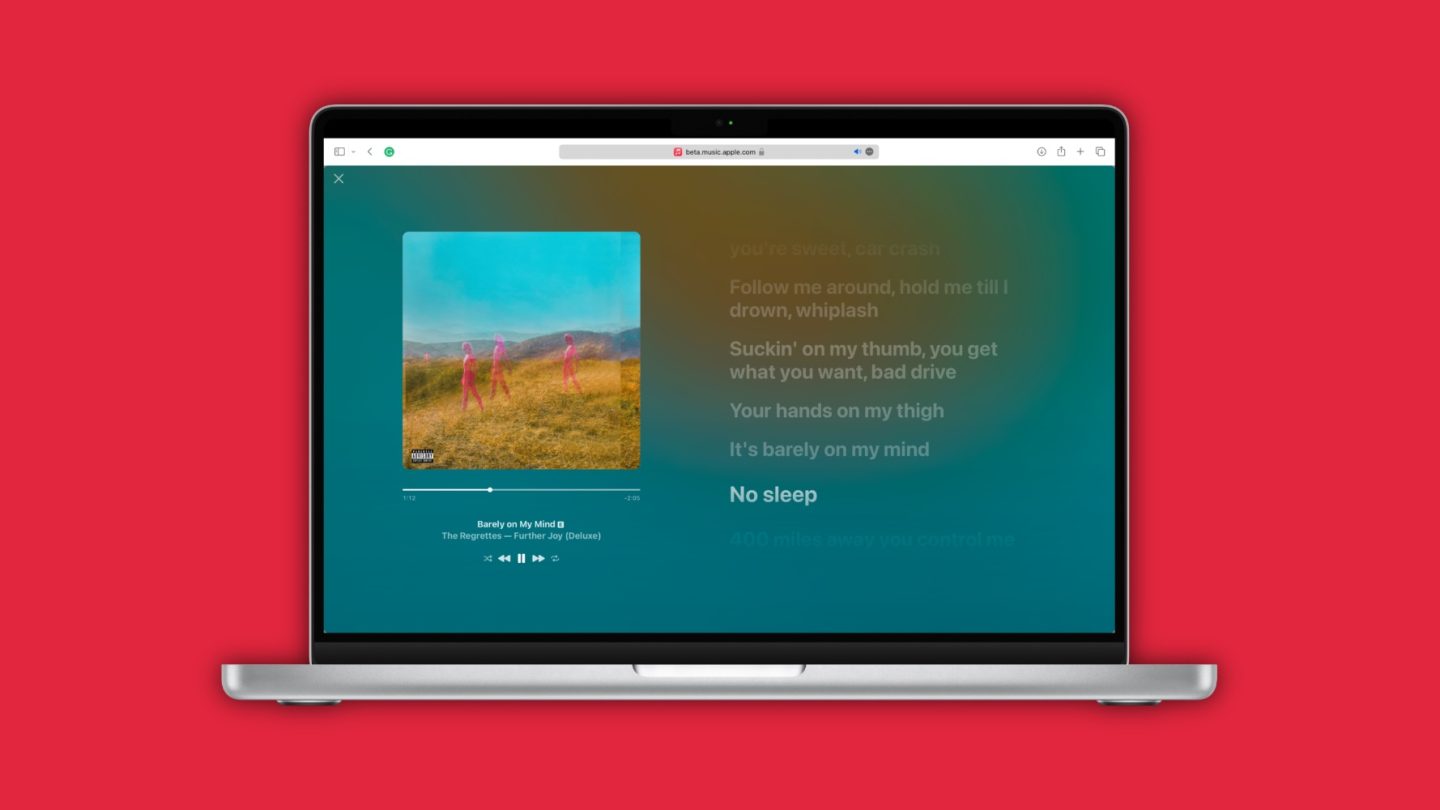 Launched for Apple Music in 2019, the Live Lyrics feature is one of the key differentiators of the streaming service compared to Spotify. Now, Apple is planning to add this function to the web version of Apple Music soon, as it’s currently available on its beta web page.

The Apple Music Live Lyrics feature lets you follow the lyrics of songs in real-time. Whether you want to sing it right or follow along with your favorite artists, you can already do that on your iPhone, iPad, Mac, and Apple TV. Now, it’s also possible to do the same on the beta web page of Apple Music.

While most music streaming services rely on third-party apps to add lyrics, in 2019, Apple executive Eddy Cue said the company “entered the most part” of the lyrics available.

How to follow Live Lyrics on Apple Music web?

As of now, this function is only available on the beta web page of Apple Music. Once you select a song, tap on the upper right corner of the browser, where you’ll find a message box with “.

Then, Apple Music will display the Live lyrics on the right side. You can expand it to have a similar experience as the one shown above.

With the addition of this function, Apple Music on the web looks more similar to the experiences you can find on an iPhone, iPad, Mac, and Apple TV, with the addition that you don’t have all of the iTunes cruft that macOS still hast.

Recently, Apple Music was the first streaming service to surpass 100 million songs in its catalog. Not only does the company offer Dolby Atmos songs with most of the catalog in Lossless capability without charging extra, but there’s a new Apple Music Classical service launching later this year.