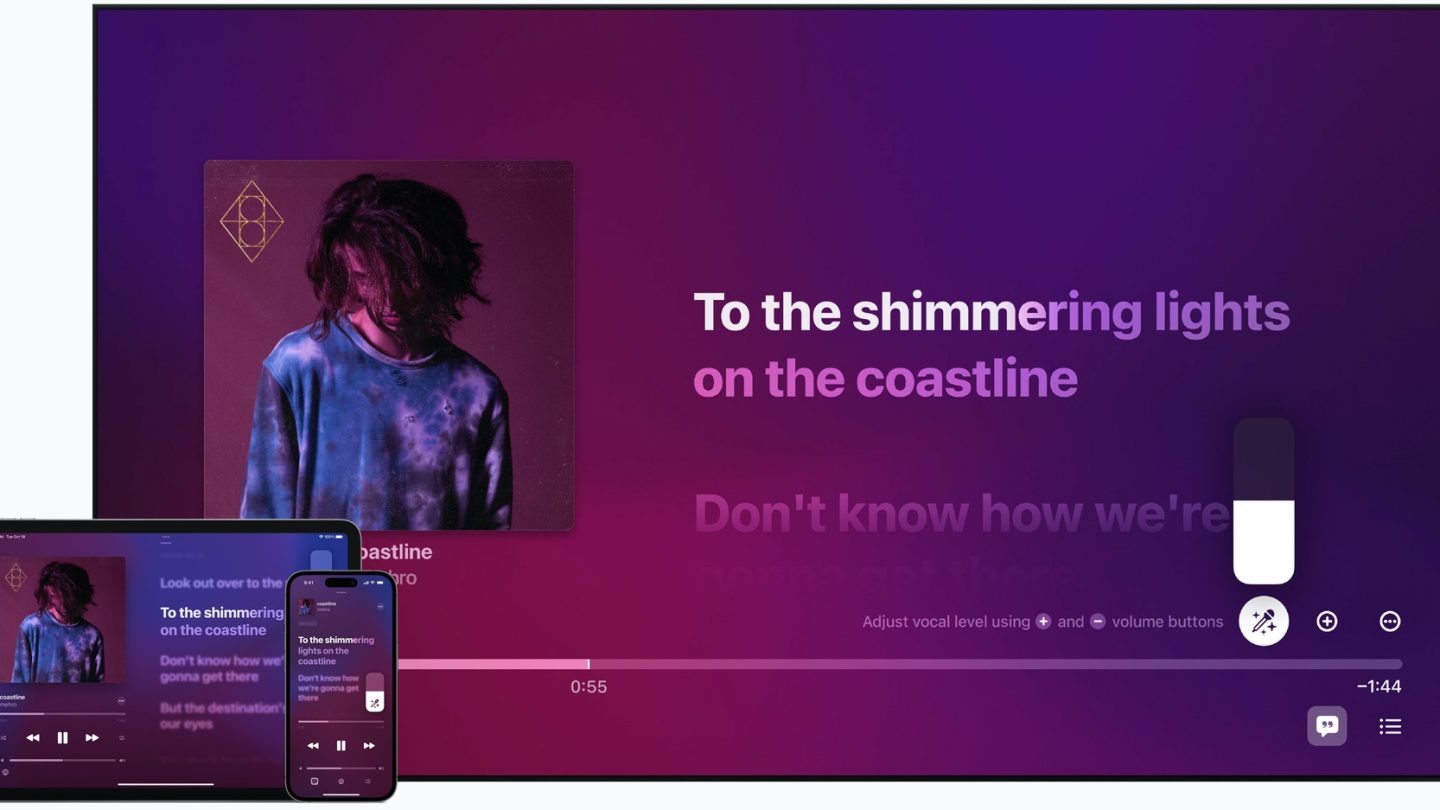 With nearly 90 million subscribers, there’s no denying that Apple Music has become a legit success for Apple. And while you’d be hard-pressed to find any Spotify users who would even entertain the notion of jumping ship, Apple continues to slowly but surely add new features to its music subscription service. Most recently, Apple announced a new feature dubbed Apple Music Sing.

Besides the aforementioned adjustable vocals, other features include:

And to top it all off, Apple Music Sing will include 50 playlists curated to include popular songs, duets, choruses, and anthems.

When is it coming?