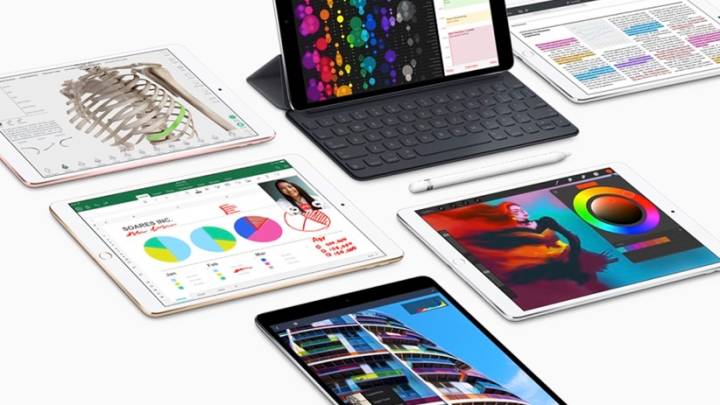 Apple on Monday unveiled an all new iPad at WWDC 2017, the 10.5-inch iPad Pro that was featured in various rumors leading to the event.

The new iPad Pro is basically as big as the 9.7-inch model. But the tablet has bezels that are 40% smaller. That means the 10.5-inch unit still weighs just one pound.

The bigger device will let you enjoy a bigger, full-size virtual keyboard. And the Smart keyboard is also getting bigger, and it’ll be a full-sized keyboard as well.

The Apple Pencil is also getting better, getting an industry record of 20ms latency.

The display of the 10.5-inch iPad Pro, and of all the other iPad Pros, is getting a lot better. It’s a True Tone display with wide color gamut, 600 nits of brightness, support for HDR video and low reflectivity.

ProMotion is a new feature that’s getting the refresh rate at up to 120Hz, depending on what you’re up to. The refresh rate will adjust dynamically, going down to 24Hz for a still image.

Specs-wise, the iPad Pro features a six-core CPU, including three high-performance cores. That’s an A10X chip that’ll deliver 30% speed improvements over the A9X. The GPU has 12 cores, and it’ll get you 40% faster graphics.

According to Apple, the iPad Pro’s raw power will get you a better experience than an Intel Core i7 chip when it comes to some chores, like editing a photo.

However, the iPad will still deliver the same 10-hour battery performance you expect.

The iPad Pro is getting the same cameras found on the iPhone 7, including 12-megapixel and 7-megapixel, as well as various accessories, including USB-C chargers.

Memory storage is being doubled. You can expect 64GB and 256GB versions. And, surprisingly, 512GB versions of iPad Pro will be available in stores.

Memory storage is being doubled. You can expect 64GB and 256GB versions. And, surprisingly, 512GB versions of iPad Pro will be available in stores.

No mention of the 9.7-inch iPad Pro in Apple’s pricing structure scheme, so this might mean the traditional size is gone.

What’s interesting is that the iPad Pro will ship with iOS 10 on board, but Apple has a bunch of new iOS 11 features available only on the iPad, including the new Files app.