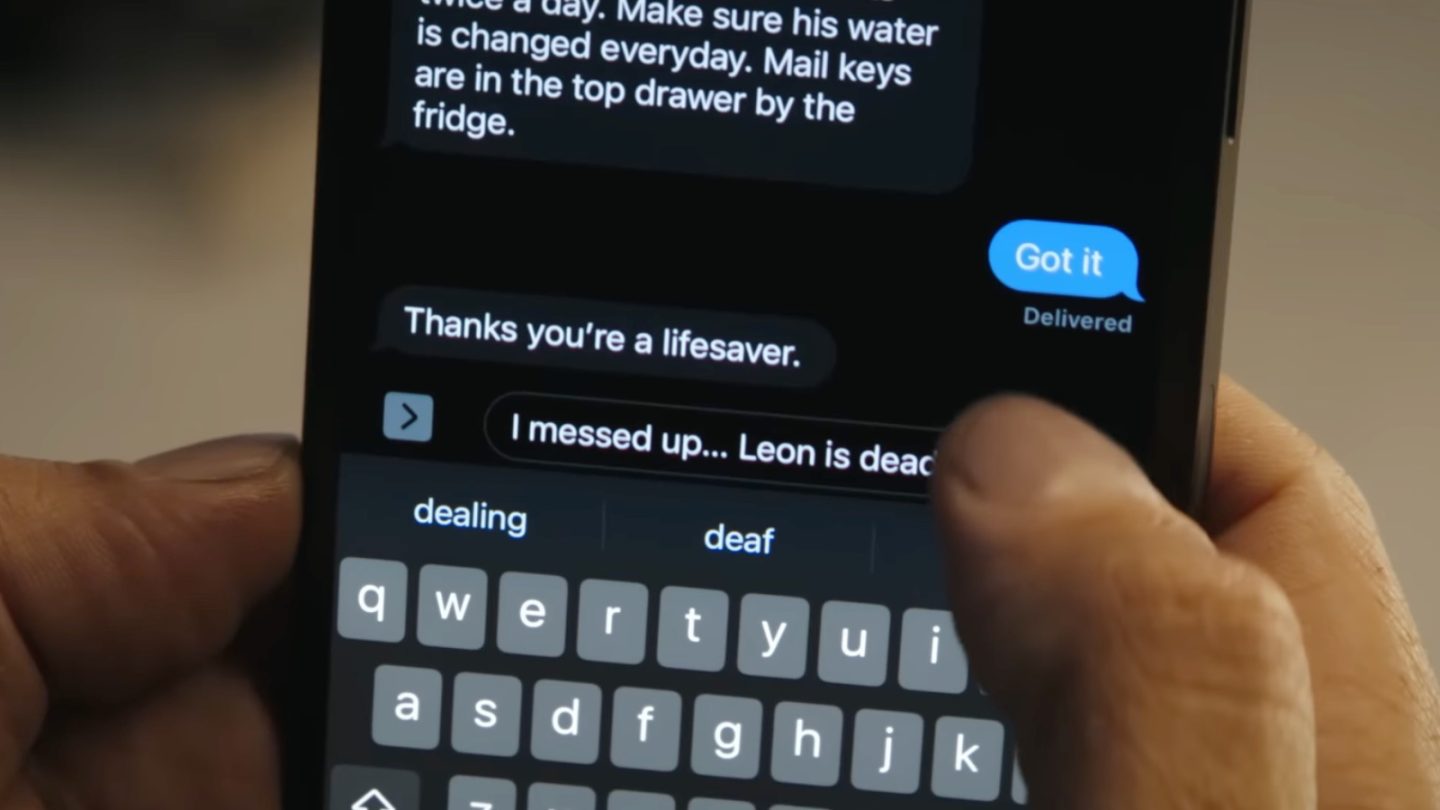 The iPhone 14 has been out for around four months now. While the regular versions don’t bring many new features compared to its predecessor, Apple is trying to do its marketing magic trick by promoting an iOS 16 feature – which is available for a wide array of devices – and an exclusive iPhone 14 function in two of its latest ads.

One of the ads is called R.I.P. Leon, where a man needs to take care of a lizard. Unfortunately, the video starts with the animal pretty much dead. Then, he opens the Message app to tell his friend, “I messed up… Leon is dead.” But just after he sends the message, the lizard starts moving, so he unsends the message.

This feature is exclusive to iOS 16 devices, and it’s one of the main functions announced by Apple last June. In addition to unsend messages, users can edit or mark messages as unread.

In the other video, Apple highlights an iPhone 14 exclusive feature, Action Mode. The company calls this function a mode for “incredibly smooth-looking video that adjusts to significant shakes, motion, and vibration, even when the video is captured in the middle of the action.”

This ad highlighting Action Mode shows a mother filming her son running in a race against other kids. When the kids start the race, the mom runs alongside her son. Even shaking the iPhone camera, Apple shows that when you activate Action Mode, you can turn this shaky recording into smooth video.

It’s unclear if Apple plans to share these ads on TV or for an international audience. Both of them are currently available on the company’s YouTube channel, but you can also watch them below.