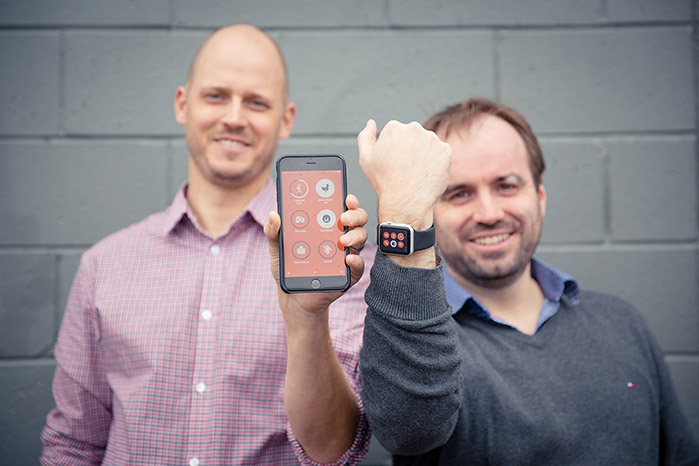 Following the unveiling of the upcoming watchOS 3, macOS Sierra and iOS 10, Apple revealed the winners of this year’s Apple Design Awards on Monday night at WWDC 2016. It’s fascinating list of productivity apps, educational tools and gorgeous games, all of which are available now on the App Store.

DON’T MISS: My 5 favorite new iOS 10 features that no one is talking about

ADA winner @TheStreaksApp builds good habits. 🚴
Eager to see what its devs do next! #WWDC16 https://t.co/i61rrNERQWhttps://t.co/jONADQukiV

“Streaks is the to-do list that helps people form good habits. Derived from the idea that a focused approach to a limited number of daily tasks is an effective way to build new habits, the creators of Streaks created elegant, straightforward apps for iOS and watchOS.”

You always motivate us to work out, @zovafit. 🏃🏻
Congratulations on your ADA! #WWDC16https://t.co/eXUsMJUVK3https://t.co/cEdxNxIjzp

“Zova is a fitness training app and was founded on the idea that one’s quality of life, emotional well being, and health could dramatically improve by incorporating an achievable exercise routine. With rich, well-considered, polished video content and clever design, Zova delivers high resolution streaming videos with special consideration paid to the context of the user.”

“Frame.io elegantly solves the complicated collaboration process of reviewing and providing feedback on dailies, and was picked as a winner because it solves a real problem in an elegant way. It has a distinct and coherent visual style, impressive motion effects, and supports Auto Layout, Dynamic Type, 3D Touch Quick Actions, and Peek and Pop.”

“Ulysses was developed for creative writers, including novelists, students, journalists, and bloggers. A powerful text editor for Mac, iPad, and iPhone, the clean and uncluttered designed is optimized for writing without distraction, while empowering writers with tools to be productive during every phase of the writing process. Ulysses was picked as an Apple Design Award winner because of its strong execution, and because it allows users to work on their device of choice while providing a consistent and device appropriate experience.”

“Chameleon Run is a fast-paced auto runner with a colorful twist. With great Siri Remote integration on tvOS and Multi-touch on iOS, the gameplay is fast, highly responsive, and addictive. We loved this game’s stunning visual presentation, beautiful graphics, and great visual effects. With a great soundtrack, fun sound effects, super intuitive and natural controls, and great performance Chameleon Run is a winner that’s hard to put down.”

“Lara Croft GO is a turn-based puzzle adventure set in the ruins of an ancient civilization. It captures the spirit of this classic franchise and reimagines it into a fresh, great looking, and innovative new adventure game. This simple but addictive turn-based logic puzzle was designed to be quickly learned but difficult to master.”

“INKS is a beautiful game with a twist on the classic pinball genre. As a ball is launched onto the table, it hits paint pockets that explode in splashes of colorful ink that spread and blend into each other. The compositions created are gorgeous, one-of-a-kind pieces of art. The mixing and blending effects of ink was heavily researched and replicated with custom shaders and Metal APIs.”

“Auxy is an audio creation app with more than 4,000 5-star ratings. Its clean and minimalist style lets people create great modern music in a snap. We loved this app because of its performance, non-intrusive on-boarding experience, satisfying touch feedback, modern appearance, and deep integration with Core Audio that allows the Auxy team to build a powerful custom sound engine.”

“Linum is a puzzle game where the goal is to connect nodes to their landing points. The beauty of Linum is in its simplicity: with a clean UI and simple rule-set, Linum challenges users to complete levels with the fewest moves possible. As the number of nodes increases, complex puzzles are revealed that challenge even the best players.”

“Dividr is a fun and addicting 2D arcade game in which the goal is to move glowing control squares inwards and outwards to avoid obstacles and collect points along the way. Written entirely in Swift, Dividr uses 3D Touch variance pressure to determine how hard a player is pressing, and its simple, clean design makes this game a delight to play and worthy of winning a Student Apple Design Award.”