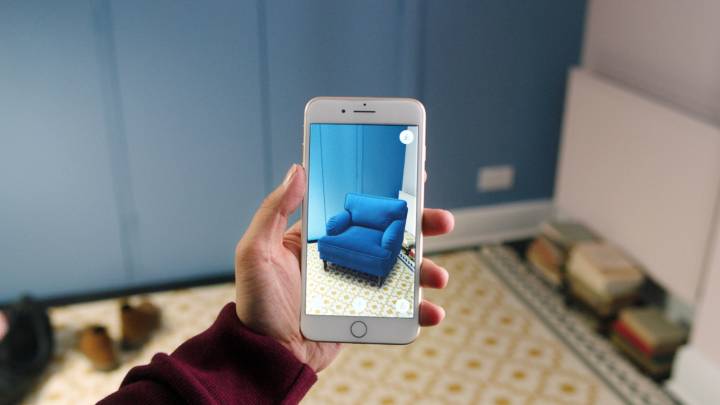 Following months of speculation regarding Apple’s supposed interest in developing a standalone augmented reality device, Bloomberg published a report on Wednesday indicating that Apple plans to have the technology ready for an AR headset by 2019, with the intent to ship a product to consumers as early as 2020.

According to the report, Apple’s AR headset will feature its own display and will run on a new chip and OS. Sources say that the current timeline is “very aggressive,” and could change at some point down the road.

Back in March, Bloomberg reported that Apple had put together a team specifically for AR-related projects, led by former Dolby Labs engineering head Mike Rockwell. Sources claim that the team has now grown to several hundred engineers, stationed at each of Apple’s California campuses. The increasingly large team is working on both software and hardware projects related to AR “under the umbrella code name of “T288.””

Now that the team has successfully shipped ARKit for iOS devices, the next step is to build “a headset with a built-in display capable of streaming 3D video without draining the battery.” While Apple CEO Tim Cook has acknowledged that the technology “doesn’t exist” to hit the level of quality the company wants to reach, that isn’t stopping the AR team from forging ahead with building its own chip, similar to the S1 chip in the Apple Watch.

As for the operating system, Bloomberg’s sources say that it has been dubbed “rOS” for “reality operating system” and is based on iOS. But as it will run an AR headset, it will have to function differently from the mobile OS. To that end, Apple is reportedly still deciding how users will navigate the headset’s UI and launch apps, “but is investigating touch panels, voice-activation via Siri and head gestures.”

Sources say that Apple is in the process of testing several application prototypes, including texting, virtual meeting rooms and 360-degree videos. Apple is also considering launching an App Store specifically for the headset.

Apple does not have a functional prototype of the AR headset, so instead the team is using HTC Vive headsets to test its software for the time being. The company is working on a Gear VR-like device that will use the iPhone as a display, but it will be only for internal use. But while we wait for a hardware announcement, Apple will reportedly release a new version of ARKit next year that will have more advanced tracking abilities.