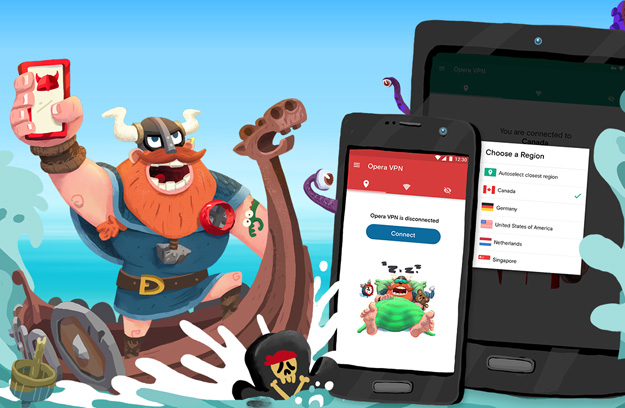 Opera made waves back in April when it announced the addition of unlimited free VPN service to its desktop web browser. VPN, or virtual private networking, is a technology that allows people to mask their actual IP addresses by routing their internet traffic through a third-party server. This way, any software that might collect information about users as they visit a website will not be able to record a user’s actual IP. People also often use VPN services to spoof their region, with the most widely discussed example being people who use a VPN client to make it appear to Netflix as though they’re based in the United States.

VPN services are incredibly valuable to people who protect their privacy while surfing the web, but these services can also have costly subscription plans that limit the amount of data you can use each month. That’s why Opera’s initial announcement was so intriguing, but the company has no intention of stopping with desktop browsing.

Opera on Tuesday announced the release of a brand new Android app. Dubbed Opera VPN for Android, the app does exactly what its name suggests, providing Android users with VPN service that will route their traffic through special servers to mask users’ info and prevent websites from tracking them. Of course, Android VPN clients are a dime a dozen. What makes Opera different from most, as we’re sure you’ve figured out by now, is that it offers users unlimited VPN service for free. 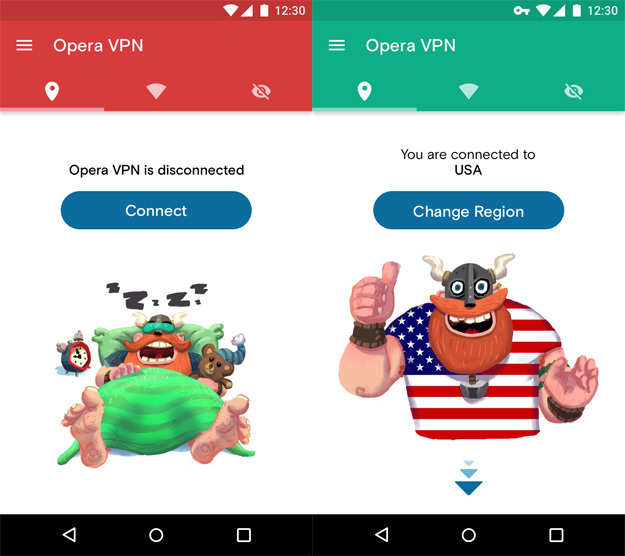 “The Opera VPN app for Android sets itself apart from other VPNs by offering a completely free service – without a data limit, no log-in required, advanced Wi-Fi protection features and no need for a subscription,” said Chris Houston, who heads Opera’s VPN division.

Opera’s new VPN app for Android really couldn’t be easier to use. It’s as simple as opening the app and tapping connect, and for most users concerned only with privacy, that will be enough. People who want to mask their regions as well can choose from five different regions including the US, Canada, Germany, Netherlands and Singapore.

The app also includes a few additional features, such as the ability to scan Wi-Fi networks for security and display the number of ad trackers blocked over a certain period of time.

Opera VPN for Android is available as a free download on the Google Play store beginning immediately.