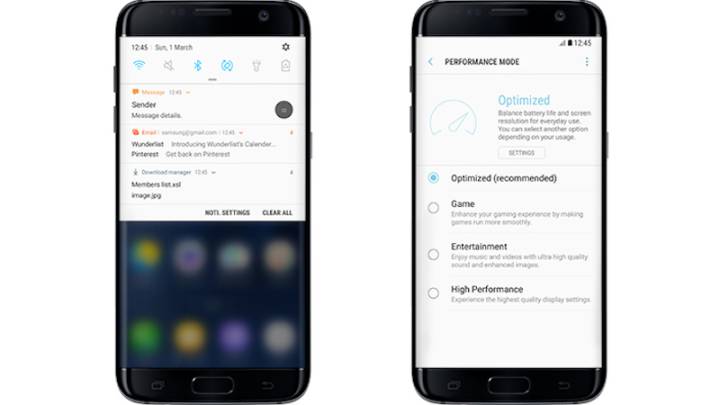 If you’re holding onto a Galaxy S7 and Galaxy S7 edge, then go ahead and check whether there’s an over-the-air update waiting for you. Samsung has already released the Android 7.0 Nougat for the Galaxy S7 series in several markets, and your device should get it soon if it’s not there yet. But, as expected, the Galaxy S7 won’t be the only Samsung phone to run Nougat this year. Samsung also confirmed a number of other Android devices that are supposed to get the update in the coming months.

Unsurprisingly, the 2015 flagship devices including the Galaxy S6 and Galaxy Note 5 are included in the list, but Samsung also listed a few tablets and Galaxy A devices.

In a footnote on Samsung’s official announcement for the Galaxy S7’s Nougat update, Samsung said that “Android 7.0 Nougat will be expanded to additional countries on the following devices within the first half of this year: Galaxy S6, Galaxy S6 edge and S6 edge Plus, Galaxy Note 5, Galaxy Tab A with S Pen, Galaxy Tab S2 (LTE unlock), Galaxy A3, and Galaxy A.” However, don’t get too excited just yet. This is Samsung, after all, which isn’t known for releasing speedy Android upgrades — not even for flagship handsets.

If you own older devices that aren’t mentioned above, it’s very likely you won’t see a Nougat release for them at all.

Performance Mode sounds very much like the Galaxy S8’s rumored “Beast Mode,” and it’s intended to let users optimize the phone to meet their needs in certain use cases. Performance Mode includes Optimized mode, Game mode, Entertainment mode, and High Performance mode — read more about it at this link.