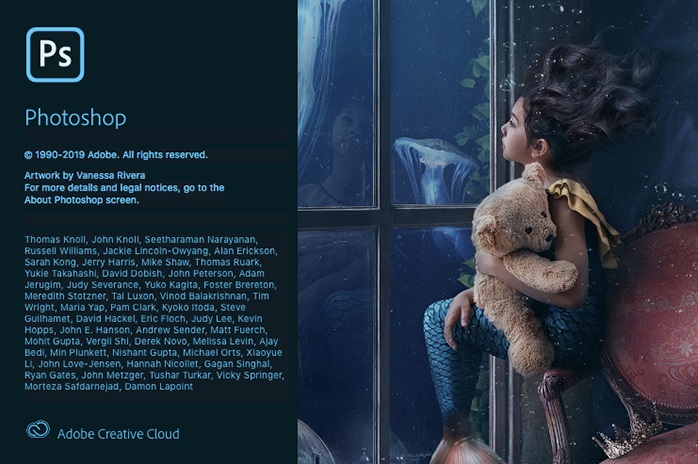 After more than a year of anticipation, Adobe today finally introduced a version of its iconic Photoshop app for the iPad. The app was built using the same codebase as the desktop version, which is to say that iPad users will not have to worry about file conversions, funky import/export issues, or degradation in photo quality when working on projects.

All the same, some of the UI had to naturally be tweaked to account for a touch-based interface. What’s more, users shouldn’t expect to see a feature set on par with the desktop version — this is a 1.0 release, after all — but Adobe notes that it’s planning to continuously add features on a steady basis over the coming months.

“We plan to add new capabilities as quickly as possible on a regular cadence of releases,” the company said.

Adobe is also working on ways to take even more advantage of the iPad’s touch interface and the Apple Pencil, so we can expect to see some new features in that regard over the coming months.

A screenshot of the Photoshop for iPad interface can be seen below. The interface should be familiar for regular Photoshop users, with the toolbar located on the left and layers on the right.

The features Photoshop on the iPad provides right out of the gate may not be suitable for true power users but should be more than enough for most. Specifically, users will be able to seamlessly open up PSD files, manipulate layers, and apply a range of filters and effects via touch controls.

This is just the beginning of our journey to expand Photoshop to devices, increasing your choices on how to work using Photoshop. We are launching the first version on the iPad, starting with Photoshop’s top workflows, compositing, masking and retouching, with more to come. Over time, we’ll add more capabilities and workflows as we learn more about how customers use Photoshop on a mobile device. With Photoshop on the iPad, you can open and edit your PSDs anytime, anywhere. You can see and edit your layered documents and create with many of your favorite Photoshop features using mobile and touch. It is reimagined with a new user experience completely redesigned for the iPad with touch and mobility top of mind. Photoshop on your iPad seamlessly connects to Photoshop on your desktop through the new integrated cloud documents system.

Notably, Adobe isn’t positioning the iPad version of Photoshop as a supplement to the real thing, but rather as a full-powered app that will enable users to create, edit, and finish new projects completely from scratch.

“For many designs you create today, you’ll be able to start on your iPad and finish on your iPad,” the company noted in a press release.

Existing Photoshop subscribers and Creative Cloud customers can take advantage of the app right away. For users without a subscription, you can get started by creating an Adobe ID over here.

Incidentally, Adobe also revealed that the company is hard at work on a version of Illustrator for the iPad and that it’s hoping to release it sometime in 2020.