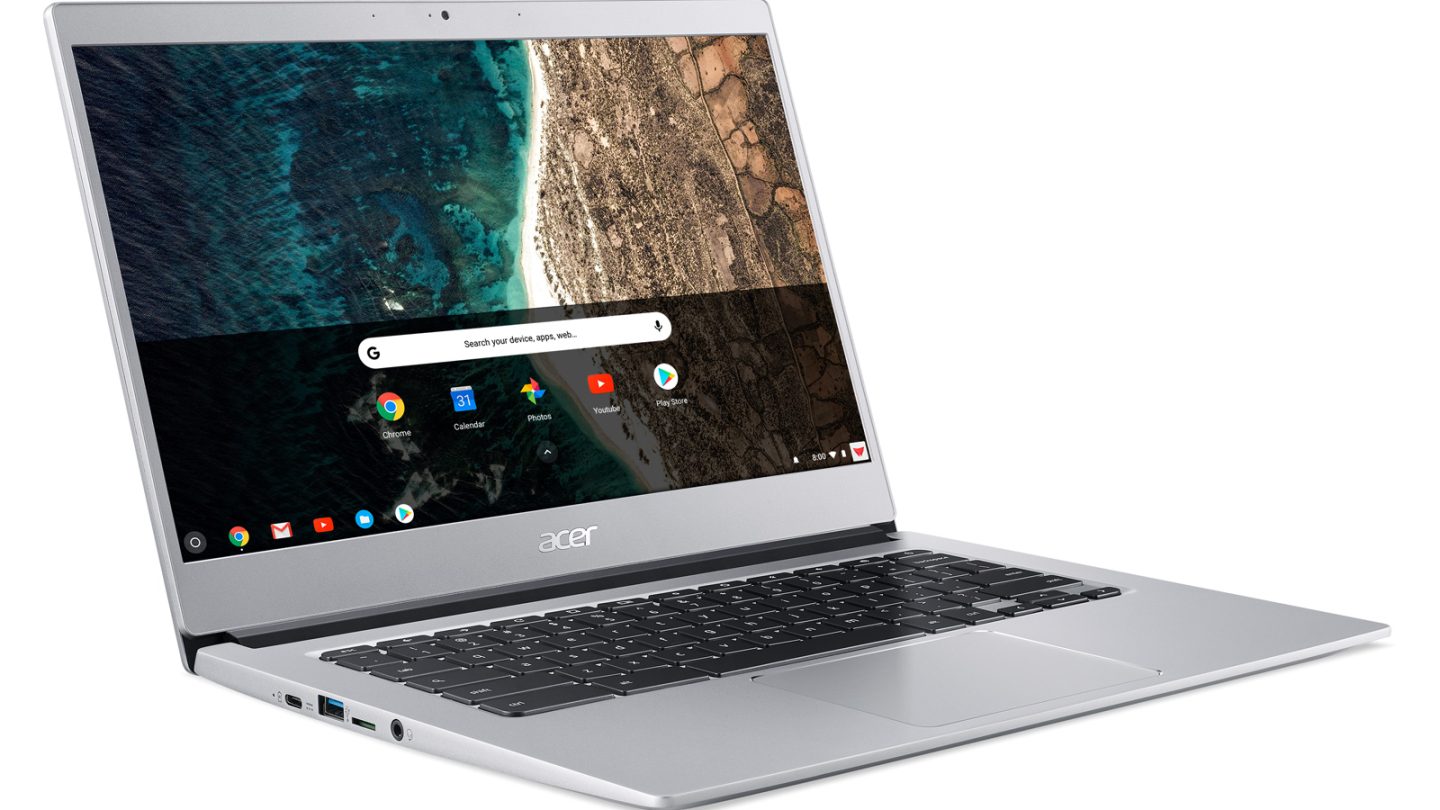 Over the last few years, the idea of a high-end Chromebook has turned from an odd Google joke into the kind of thing that people are actually buying. Right now, high-end for a Chromebook normally means north of $500; for that, you can expect to get a premium metal build, HD screen, thin-and-light design with good battery, and a name-brand processor with enough RAM to have a real tab party.

Acer’s newest Chromebook seems to tick all of those boxes, but with one important difference: At a starting price of $349, it’s much cheaper than anything else on the market.

The most compelling part about the new Chromebook 514 is definitely the design. Thanks to thin bezels, Acer has crammed a 14-inch screen into a chassis about the same size as other 12-inch and 13-inch Chromebooks. According to Acer, the Chromebook 514 also has an aluminum chassis and Gorilla Glass-covered trackpack, which should mean it feels sturdy and premium, instead of plasticky and creaky.

Other specs include a 1920 x 1080 full HD display with optional touchscreen, 12-hour battery life, and an HDR webcam. On the side, you get a healthy selection of ports including USB-C, USB-A, microSD card, and a headphone jack.

The one thing we don’t know yet is what the processor options will be. Acer said that the price will be “starting at” $349, which means the base model might come with a low-end processor and a palty 4GB of RAM to justify the price. If that means that we can get a step-up version with an Intel processor and 8GB of RAM for around $500, however, Acer could still be in the game.