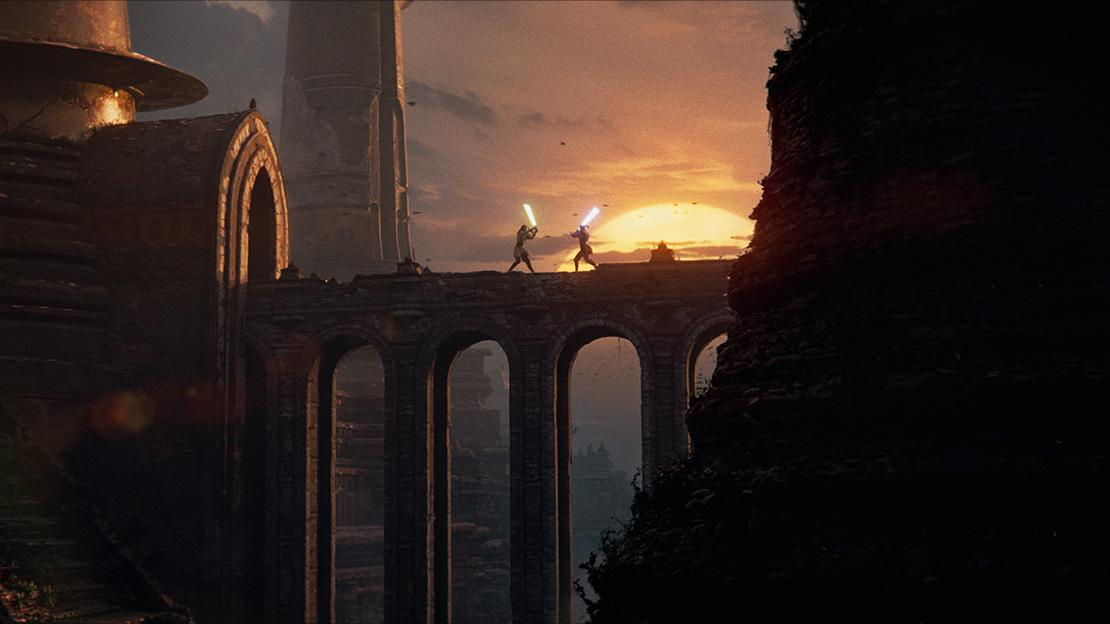 On Thursday night, The Game Awards returned for the eighth consecutive year — live and in-person once again. As in past years, there were several stellar musical performances, major celebrity guests, and heartfelt speeches from talented creators. But, if we are being honest, the reason that we tuned in was to see the new games. And perhaps even more so than in previous years, The Game Awards 2021 were jam-packed with exciting announcements and trailers.

The Game Awards 2021 trailers and news

The show was three hours long, so we won’t try to cover every announcement here. Rather, here are all of the biggest and best trailers and reveals from The Game Awards 2021.

This was the first of a few highly-anticipated sequels to make an appearance at TGA 2021. The original Hellblade — a dark fantasy action-adventure game — released in 2017 for PS4 and PC. Two years later, at TGA 2019, developer Ninja Theory announced a sequel. The sequel still doesn’t have a release date, but you can see Hellblade 2 in action in this terrifying gameplay trailer below:

Quantic Dream and Lucasfilm Games are teaming up to make a new Star Wars game set in the High Republic era. They call it “an intricately branching action-adventure game that can be experienced in many ways, and puts the destinies of multiple playable characters in your hands.”

Monolith Productions, the team behind Middle-earth: Shadow of Mordor and Shadow of War, revealed that they are working on an open-world action-adventure game starring Wonder Woman. It tells “an original story set in the DC Universe and allow players to become Diana of Themyscira in the fight to unite her Amazon family and the humans from the modern world.” It also brings back the popular Nemesis System from the Middle-earth games.

Remedy Entertainment burst onto the scene in 2001 with the first Max Payne. Nearly ten years later, the developer jumped into the next generation with Alan Wake. And since then, fans have been asking about a sequel to that spooky action-adventure game. Last night, they finally got it. Remedy says that this will be its first true survival-horror game, and it’s coming out in 2023.

“The world’s favorite blue hedgehog is back for a next-level adventure in SONIC THE HEDGEHOG 2,” reads the description. “After settling in Green Hills, Sonic is eager to prove he has what it takes to be a true hero. His test comes when Dr. Robotnik returns, this time with a new partner, Knuckles, in search for an emerald that has the power to destroy civilizations. Sonic teams up with his own sidekick, Tails, and together they embark on a globe-trotting journey to find the emerald before it falls into the wrong hands.” Sonic the Hedgehog 2 hits theaters on April 8th, 2022.

At long last, Studio MDHR has announced the release date for the oft-delayed Cuphead DLC. The Delicious Last Course will finally make its way to PS4, Xbox One, Switch, and PC on June 30th, 2022. There will be a ton of new bosses to fight, as you can see in the trailer below:

In case the movie trailer wasn’t enough, we also got this cinematic for the new game Sonic Frontiers. This looks to be the first open-world Sonic the Hedgehog game that Sega has ever made.

Hot off DC’s Suicide Squad movie from director James Gunn, Warner Bros. and Rocksteady are giving the supervillain team their own game. Below, you can watch the first official gameplay trailer:

Google is bringing Android games to PC next year. The company is releasing an official Google Play Games app for Windows devices, and gamers can seamlessly jump from one platform to the other.

Here’s how the team at Dramatic Labs describes their new game:

Star Trek: Resurgence is an interactive narrative video game that tells an original story set in the era shortly after the events of Star Trek: The Next Generation. Stationed aboard the U.S.S. RESOLUTE, players will assume the role of two principal characters, First Officer Jara Rydek and Engineering Crewperson Carter Diaz, as they unravel a sinister mystery involving two alien civilizations on the brink of war. Throughout the game, players will immerse themselves in the Star Trek universe, interacting with new and returning characters through a variety of dialogue and action gameplay to determine the course of the story.

Yes, the Halo TV show is real. Paramount Plus ended up with Halo, and the series is making its debut on the streaming service in 2022. Halo stars Pablo Schreiber (Master Chief, John-117), Natascha McElhone (Dr. Halsey), Jen Taylor (Cortana), and Bokeem Woodbine (Soren-066).

Patrick Söderlund was once a top executive at Electronic Arts. He’s now the CEO at Embark Studios, and the first game from his new studio, ARC Raiders, debuted at The Game Awards 2021 last night. It’s a third-person, free-to-play battle royale that seems to focus as much on battling monsters in the world as it does other players. ARC Raiders is coming to consoles and PC in 2022.