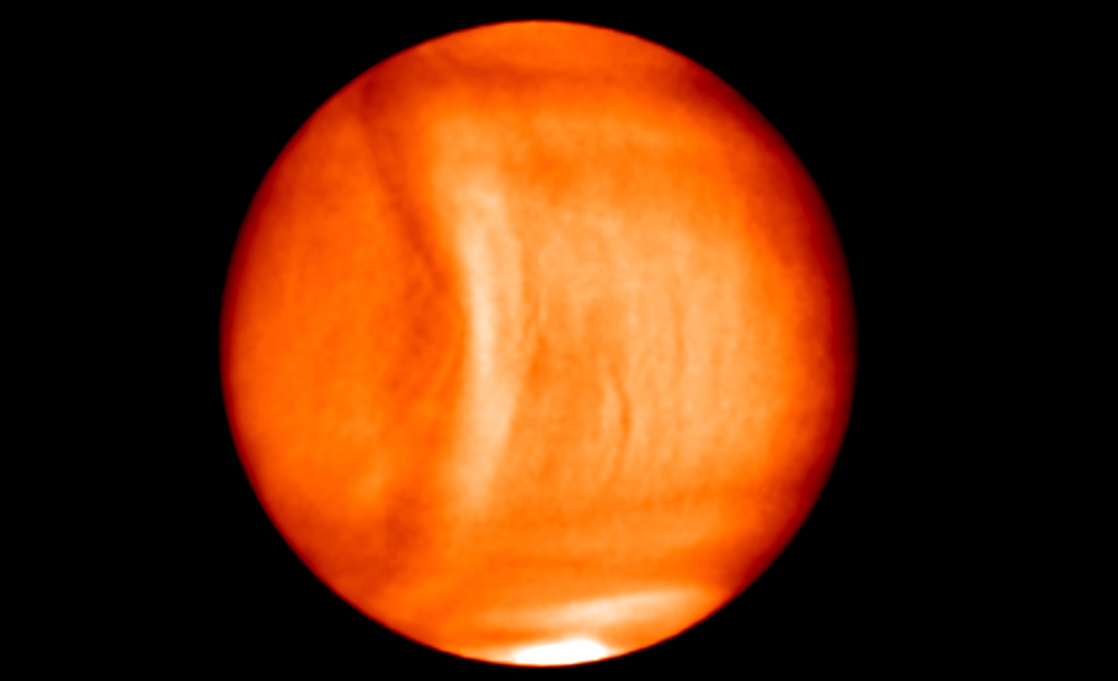 Ever walk down the street on a particularly windy day and feel yourself being pushed along? The planet Venus knows all about that. Researchers studying the nearby planet have discovered this truly bizarre phenomenon, calculating that the planet’s thick atmosphere and intense wind actually causes the planet’s rotation to speed up by a measurable amount.

The research, which was published in Nature Geoscience, was conducted by Thomas Navarro, a scientist at UCLA, and his team. The researchers ran simulations based on observational data and were able to determine that the steamy planet’s unpredictable rate of rotation is due to its atmosphere pushing against its mountainous terrain.

Venus is the closest planet to Earth, so astronomers have had plenty of time to study its behavior. When measuring its rate of rotation, researchers have long been puzzled by readings that simply didn’t match up. The planet rotates incredibly slowly, but the time it takes to complete a full rotation can vary by nearly ten minutes. That’s an incredibly large disparity over such short timelines, so Navarro and his team set out to discover why it was happening.

Back in 2015, a spacecraft from the Japanese space agency JAXA snapped an image of the planet that offered a clue. The photo showed an absolutely massive wave in the thick atmosphere of the planet. You can clearly see the peculiar wave spanning nearly the entire length of the planet in the image above.

Scientists ultimately determined that the wave was created from the rapidly-moving atmosphere slamming against features of the planet’s surface. This intense wind pounds against Venus’s mountains, moving at over 200 miles per hour, and simulations show that the force is actually enough to change how fast the planet rotates.

So, if Venus is constantly being pushed on from its own atmosphere, why doesn’t it eventually reach rotational speeds that match its incredible winds? The researchers are still working on solving that part of the riddle, but they believe that other factors — like the Sun’s gravitational pull on the planet — may be fighting a constant battle with Venus’s atmosphere that prevents it from reaching the same speed as its atmosphere.