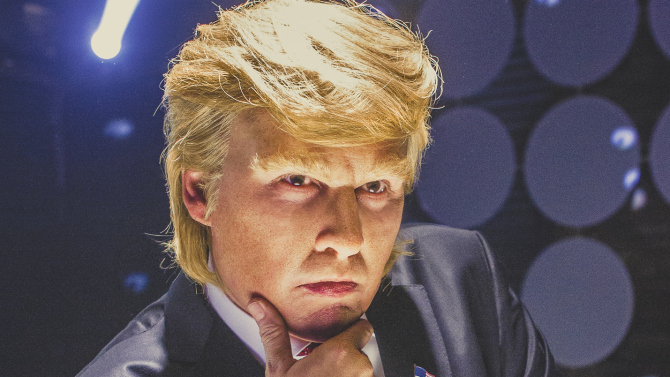 Future Galactic President Trump is currently hosting an Ask Me Anything on Reddit. Once the preserve of celebrities trying to schill their new movie, Reddit AMAs are seemingly a rite of passage for internet-concious public figures, with President Obama famously using the site to help get re-elected.

This AMA is promising to go a little differently, though. It’s being hosted on /r/The_Donald, a rabidly pro-Trump subreddit that doesn’t really allow dissent of the great and glorious leader.

If you want to take part in the AMA, good luck. There’s nearly 20,000 comments at the time of posting, and a stringent set of rules about who is able to ask a question. You can’t have a brand-new Reddit account, and you need an active account with over 500 karma to ask a question. Also, the sub is still applying its normal rules, meaning only pro-Trump opinions are really allowed.

So far, Trump has answered a couple softball questions. You can keep track of all his replies by viewing his account’s commenting history here. So far, we’ve got such stunning revelations as:

If you’ve been following this campaign like the rest of the human race, you’ll know these are par-for-the-course things for Trump to say.

The only real thing of interest so far has been the appearance of right-wing trollmaster Milo Yiannopoulos, who has shown up a couple times in the thread to lob Trump a couple softballs. We’ll be keeping a watchful eye on Trump (or whichever poor campaign staffer is answering these questions) and keep updating throughout the evening.