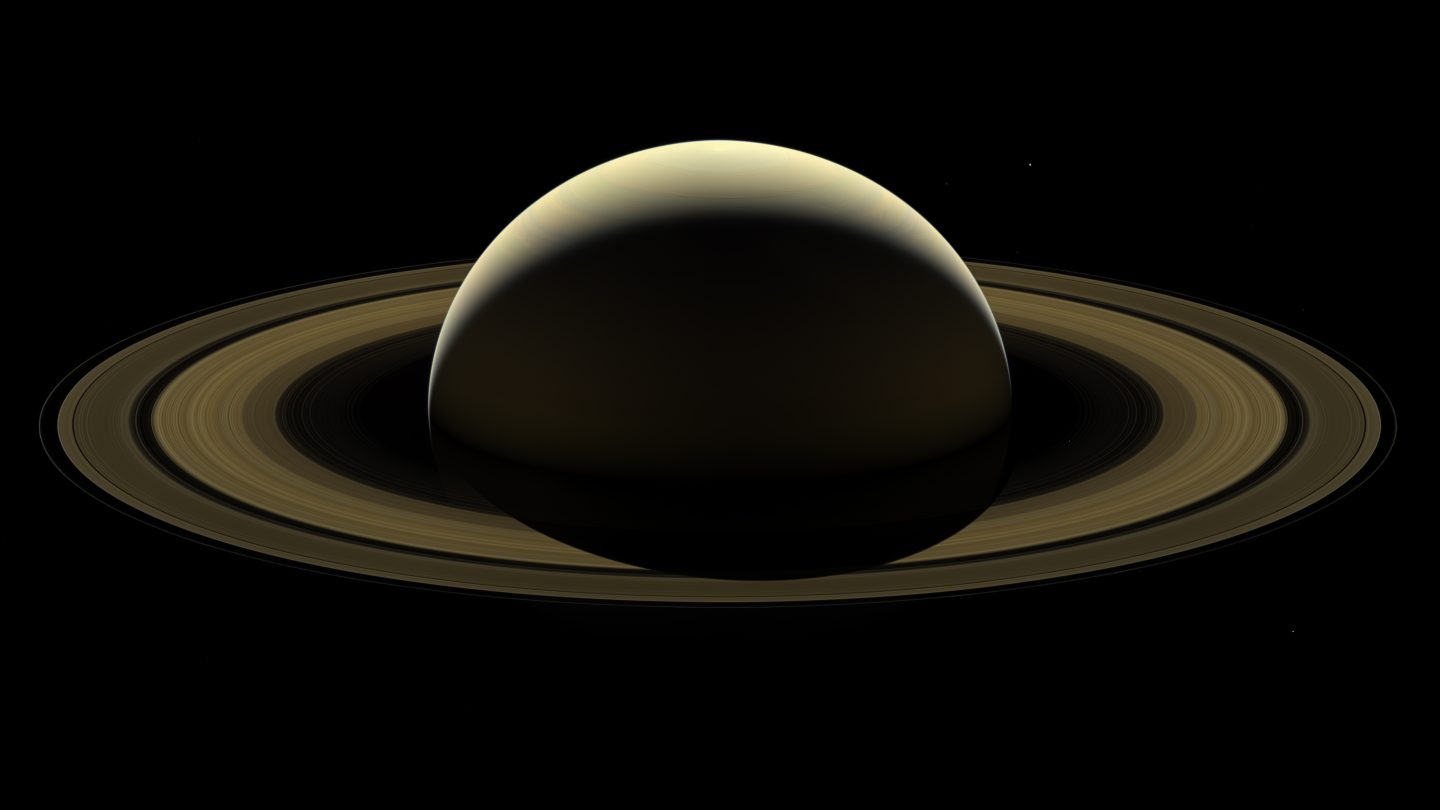 NASA’s Cassini spacecraft was an incredibly reliable machine, providing an incredible amount of data and relaying countless observations from its orbit around Saturn. It also took some glorious photos during its extended mission, and even though the spacecraft made the ultimate sacrifice by plunging into Saturn in a blaze of glory, we can all still enjoy its last great image of the entire planet and its iconic rings.

The image is a composite of 80 different wide-angle photos taken over the span of two hours just before Cassini’s final dive into the planet. Using a series of different filters to capture different colors of the same photo, the final image is a natural color shot that reveals Saturn in its truest form, and boy is it a sight to behold.

“This view looks toward the sunlit side of the rings from about 15 degrees above the ring plane,” NASA explains. “Cassini was approximately 698,000 miles (1.1 million kilometers) from Saturn, on its final approach to the planet, when the images in this mosaic were taken. Image scale on Saturn is about 42 miles (67 kilometers) per pixel.”

You can (and definitely should) check out the full-sized high resolution version of the image, and if you feel like learning a little bit about the planet’s features and its rings, a handy annotated version of the same image has been provided by NASA as well.

By now you’ve probably already heard plenty about the Cassini spacecraft, and how its 13 years orbiting Saturn and observing its moons, rings, and surface made it one of the most successful NASA endeavors ever, but it’s shots like this one that really emphasize how important it was.