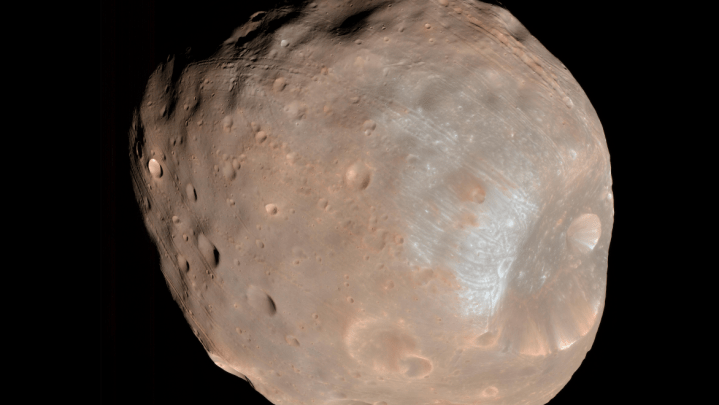 NASA loves Mars because it’s the closest planet in our Solar System that can be explored with current technology, and might even have hosted life at some point in its distant past, but they’ve really only scratched the surface of the secrets Mars could hold. For future missions, NASA wants to eventually land astronauts on the surface of the planet and, perhaps before that, one or more of its moons.

Phobos is one of the best potential candidates thanks to its predictable gravity and orbit, but a new discovery is seriously throwing a wrench in any proposed plans to land there: Phobos is teeming with electricity, and scientists believe that using any kind of unprotected electrical equipment while on its surface would be little more than a glitchy mess.

The research, which was published in Advances in Space Research, problem is caused by the Sun, which assaults Phobos — and the other Martian moon, Deimos — with a solar wind that it can’t fight off. As plasma beamed from the Sun flows over the moon’s surface, it comes in direct contact with the surface thanks to the lack of atmosphere. That flow produces an electric charge that can seriously damage or interfere with the vital equipment NASA astronauts would be carrying with them.

“We found that astronauts or rovers could accumulate significant electric charges when traversing the night side of Phobos – the side facing Mars during the Martian day,” William Farrell of NASA’s Goddard Space Flight Center explains. “While we don’t expect these charges to be large enough to injure an astronaut, they are potentially large enough to affect sensitive equipment, so we would need to design spacesuits and equipment that minimizes any charging hazard.”

Unfortunately, the problem isn’t just limited to Phobos. Deimos also has no atmosphere to protect its rocky body from the Sun’s fierce winds, and it’s more than likely that the exact same problem would face astronauts landing there. If NASA intends to use Mars’ moons as a jumping-off point for future missions, or simply as a base from which to control hardware sent to the surface of Mars directly, it’s going to need to tackle the static problem first.