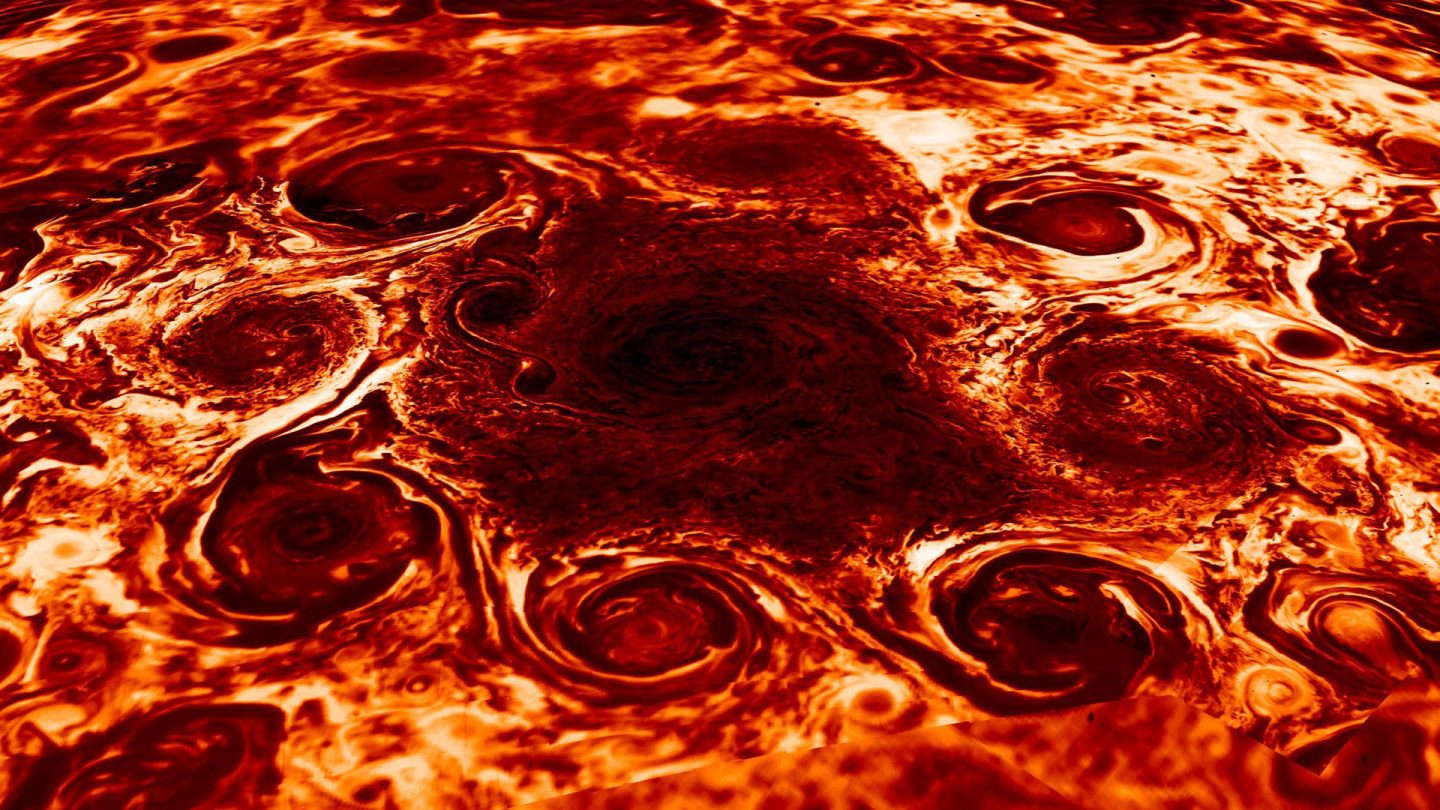 In 2017, NASA’s Juno spacecraft captured images of nine cyclones at Jupiter’s north pole. Now, over four years later, those nine cyclones are still in the same pattern they were when Juno first discovered them. In an attempt to understand how these bizarre cyclones on Jupiter have remained stable, scientists took a deeper look.

A group of scientists, including Andrew P. Ingersoll, Shawn P. Ewald, and Federico Tosi, came together to inspect Juno’s images of the cyclones on Jupiter. The study’s goal, the researchers say, was to discover how and why this configuration had remained so stable – a similar configuration can be found at Jupiter’s south pole. Juno has also spotted other cyclones on the gas giant.

To start, the researchers used timed images taken by Juno’s JIRAM mapping spectrometer to track the winds and measure the overall vorticity of the cyclones. They also inspected the horizontal divergence of the cyclones on Jupiter.

Specifically, they looked at the center cyclone and two circumpolar cyclones; eight of the cyclones included in the image above are organized around a central cyclone.

The scientists published their findings in the journal Nature Astronomy. According to their findings, there is no current known reason why the cyclones on Jupiter remain in such a strong and stable configuration. Further, they found that even at the smallest scale, they could not find the expected signature of convection.

That signature is a correlation between the divergence and the anticyclonic vorticity. However, the scientists did find an anticyclonic ring around the polar cyclone, which could support the theory that this shield-like barrier is needed to keep the configuration stable.

At the moment, though, there isn’t enough information to prove why the cyclones on Jupiter are configured the way they are.

Perhaps in future passes, Juno can capture more information about the planet. Or, perhaps James Webb can provide more insight into the planet, just as it has with its observations of Mars.