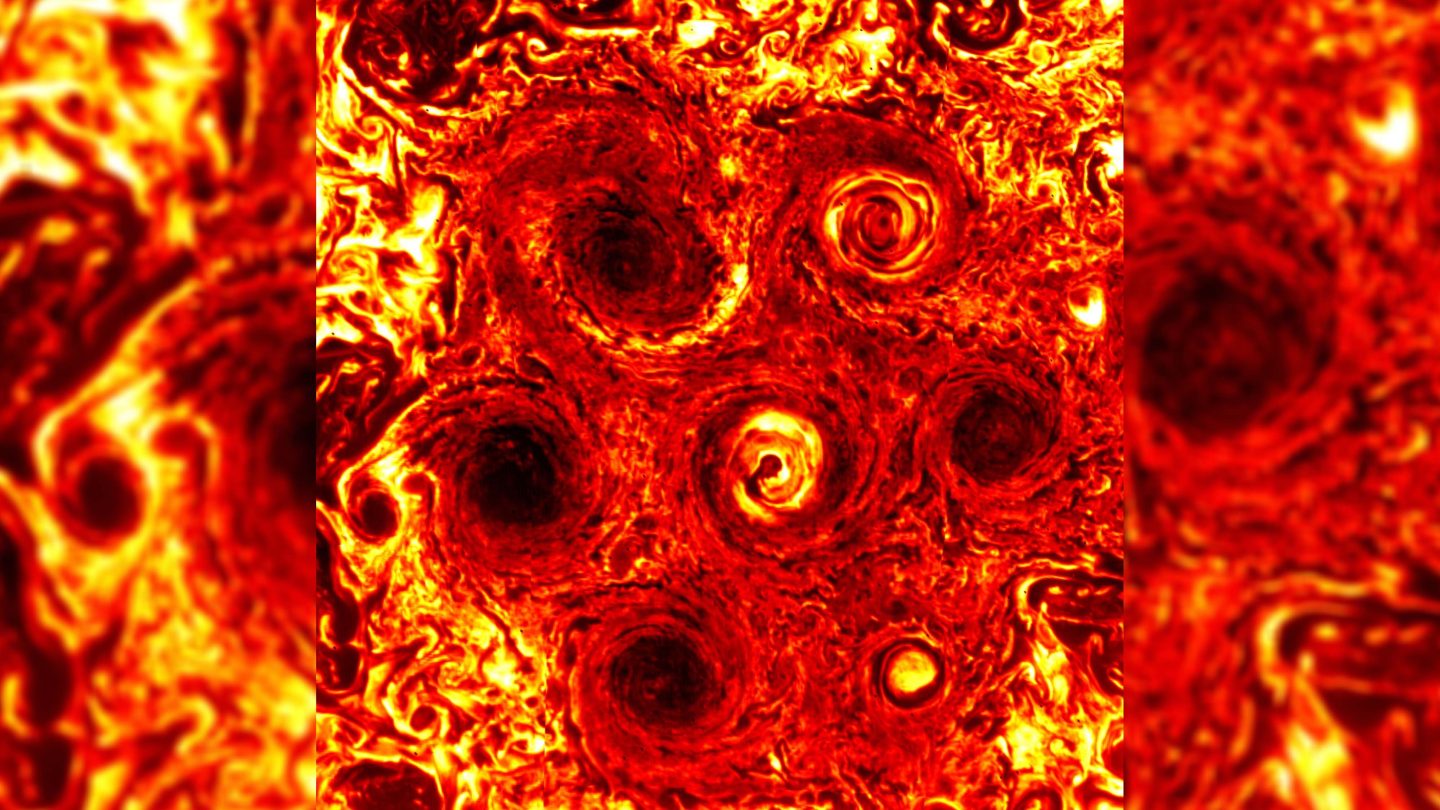 NASA’s Juno spacecraft has been hanging around the mighty gas giant Jupiter for a number of years now, and it’s returned some very interesting observations during its stint there. Since Jupiter is absolutely covered in massive, swirling clouds, it makes sense for Juno to spend a good deal of its time focusing on Jupiter’s weather, and NASA now says that Juno has spotted a new cyclone raging near the planet’s south pole.

In a post on the website of NASA’s Jet Propulsion Laboratory, researchers from Juno’s science team describe the discovery of the gas giant’s new southern cyclone.

Here’s a brief summary from the Juno team:

The discovery of the massive Jovian tempest occurred on Nov. 3, 2019, during the most recent data-gathering flyby of Jupiter by NASA’s Juno spacecraft. It was the 22nd flyby during which the solar-powered spacecraft collected science data on the gas giant, soaring only 2,175 miles (3,500 kilometers) above its cloud tops. The flyby also marked a victory for the mission team, whose innovative measures kept the solar-powered spacecraft clear of what could have been a mission-ending eclipse.

Juno’s multiple flybys of the southern pole revealed the presence of multiple swirling storms that appeared to be grouped around a central point. These twisting windstorms had been blocking other cyclones from joining in around the pole, but on Juno’s 22nd trip over the pole, it spotted a new arrival. 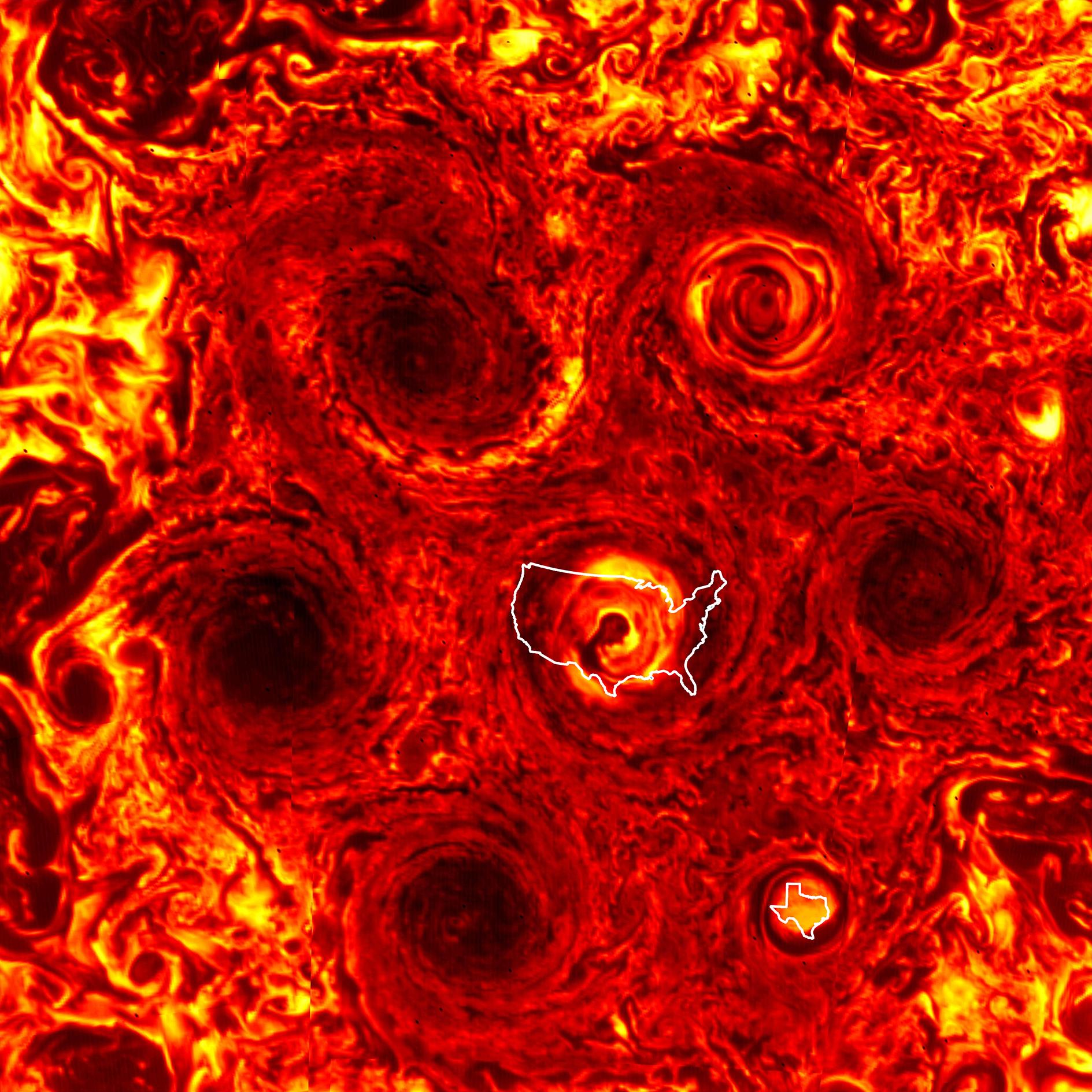